Guaro: A Local Costa Rica Drink You Should Try

Anyone who has read my haphazard musings can probably discern, in the shadows of my current incarnation as an “oh, maybe just one glass of wine” mom, the highly competent drinker I once was. Rugby player; reporter; first-year middle-school teacher – these professions or pastimes are pretty much required elements of the official borderline-alcoholic training program, and I ticked them off my list with great efficiency, building up enviable tolerance and collecting a few good stories along the way.

So even though I have darkened the door of a bar fairly rarely during the past few years of making and feeding a very small human, I know that if I left Costa Rica today and came back in 20 years, one of the first things I would want to do, one of the things that would make me feel most at home, would be to sit in a friendly cantina on an afternoon with a mellow group of friends watching a happy parade of bottles of beer, buckets of ice and a succession of scrumptious little bocas:

Tiny pots of tender beans; small plates of chicharrón and fried yucca; gallitos filled with spicy potato or, if you’re lucky, arracache; the kingly chifrijo… obviously, I could go on all day, and that’s exactly the idea. Done this way, you’ll get a little jumas (drunk) or tapis (also drunk, or a drunkard, or a shot of guaro), but not enough to have a serious goma (hangover).

To me, drinking in Costa Rica is all about beer (and the aforementioned food), but linguistically speaking, it’s all about guaro. The name of the clear sugar-cane liquor also means alcohol in general, kind of the way pudding in Britain can mean any dessert, or Coke in parts of the U.S. South might mean any soda.

And as you might expect, a country that loves its alcohol – too much, sometimes, but this here’s an ode – has not only expressions, but poems and songs devoted to the subject, which María Mayela Padilla describes in her book “Dichos y Refranes de los Ticos – un ‘gallo pinto’ de costarriqueñismos.”

One of my favorites is “echarse un peina’o pa’trás,” which roughly translates as “to comb (or maybe toss) your hair back,” referring to the motion involved in throwing back a shot.

Padilla reprises many of the ditties that have been composed in honor of guaro, from the famous “El guaro blanco es un alimento, yo solo jumo quisiera estar” (“alimento” is “food,” but I’d translate it as “Guaro blanco is its own food group – all I want is to be drunk”), to “Guaro, guarito, dulce tormento, ¿qué haces afuera? Venga pa’dentro” (“Guaro, little guaro, sweet torment, what are you doing out there? Come on inside”).

For Ticos of a certain age, that sweet torment goes right back to childhood, when pulperías would sell guaritos, a candy I have never seen but have heard described rapturously. They had a guaro center potent enough to give kids a buzz if they ate enough of them.

Then, of course, there’s chicha, the fermented corn beverage created by the region’s indigenous peoples, which has given rise to its own range of expressions. A baby or kid is often said to “tener chicha” when she is angry, for example, and a chichera is more or less what we might call a dive bar in English. More or less.

I learned the difference early on in my Costa Rican drinking days. There was a little bar near the boarding house where I first landed in San José, and I stopped in once for a beer with my Australian housemate, a guy.

I went back a few days later by myself to see if I could buy a six-pack to take to a party – having quickly learned the rule that in Costa Rica, you bring your own drinks to the party – and ran back out a few minutes later in a flurry of cat-calls.

One drunkard even stood up and staggered after me. I told the story later to my friend and faithful adviser on all Costa Rican cultural matters, who unbeknownst to both of us would one day be my husband, and he said, “Well, of course. Tiny little bar?” Yup. “Just a bar with a few stools?” Yup.  “Only men inside?” Yup.

“Yeah, that’s  a chichera, and the guys who drink in there are chicheros,” he said, looking uncharacteristically serious. “Don’t go back to a bar like that by yourself. It’s not a good idea.”

I was a little miffed – I don’t like to be told I can’t do things – but he was right. Still, as someone who loved a good dive bar back home, I would sometimes look wistfully through the doors of the nicer chicheras, which tend to be narrow, dim, no food, always with the long bar and corresponding row of hunched-over backs.

One I know has notches on the wall to keep track of patrons’ tabs. Some have a wooden partition just beyond the door so you can’t quite see who is inside. Some become trendy, and others are renovated and gentrified. I sort of wished I had a regular stool in one of them and could walk in and say, “The usual.” The old where-everybody-knows-your-name idea.

I eventually found that – not in a chichera, but in a comfortable, tiny neighborhood bar near our home – and, one evening, found myself listening to my husband, who seems to have spent half his childhood in bars with his uncles and brothers-in-law, exchanging stories with the other regulars about run-down drinking holes they had known and loved.

The one in Cartago that served no food but had a round of tapa dulce hanging from the ceiling – you could grab a chunk to sweeten the taste of your guaro if needed. The one in Sabanilla that opened at four in the morning so the bus drivers could drink before their shifts (ummmm…).

The one in Heredia that opened at six in the morning and had no bathroom, just a trench under the bar where guys would pee whenever they needed to. Uuuy, mae, ¿en serio? Of course, for real, ¡al chile, mae!

Finally one guy said, “I remember this one tiny little bar in San Pedro that used to be a one-car garage.”

“Really?” I said, thinking of the bars I knew on my home turf. “Where’s that one?”

Everyone around me laughed – and finally, looking around, I figured it out and laughed as well. I felt foolish but also deeply comfortable, sitting in a one-car garage in San José, Costa Rica, surrounded by familiar faces, belly up to the bar, waiting for our chifrijos to come down in the dumbwaiter, blowing our hair back, tomando guaro.

This article was written in 2015 by Katherine Stanley Obando who is a freelance writer, translator and former teacher 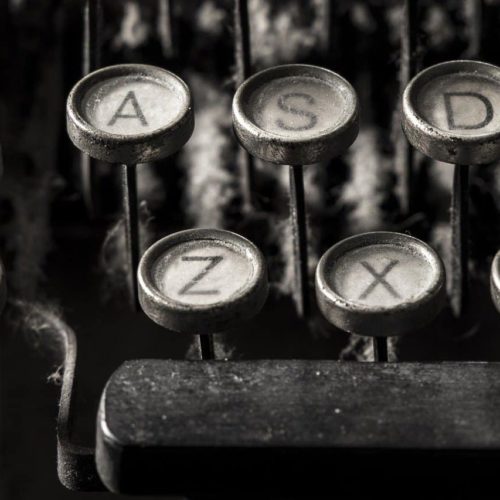