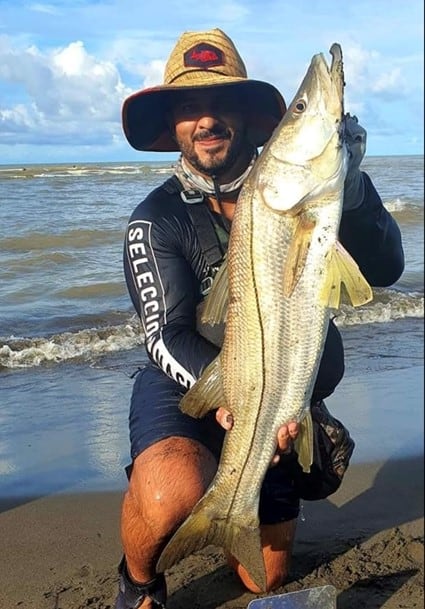 Thirty anglers from 5 nations competed over the weekend in the first PanAm surfcasting tournament at Jalova, Costa Rica near the town of Parisimina on the Caribbean side of the country.

After nearly two year of postponed tournaments due to the Covid pandemic, the teams were thrilled to be able to compete again. The tournaments, styled after the Olympic format, put top angler from different countries head to head in varies types of fishing throughout the year from largemouth bass in freshwater to big game marlin in blue water events. Different events are hosted by different countries. Three years ago, Costa Rica hosted a Pan Am roosterfish tournament.

The fish welcomed the anglers, They landed 261 fish in the two day event in the catch and release format, all taken on artificial lures. The catch included tarpon, a 40-pound cubera snapper, snook, mackerel, jacks. And a bull shark.

The results were as follows: