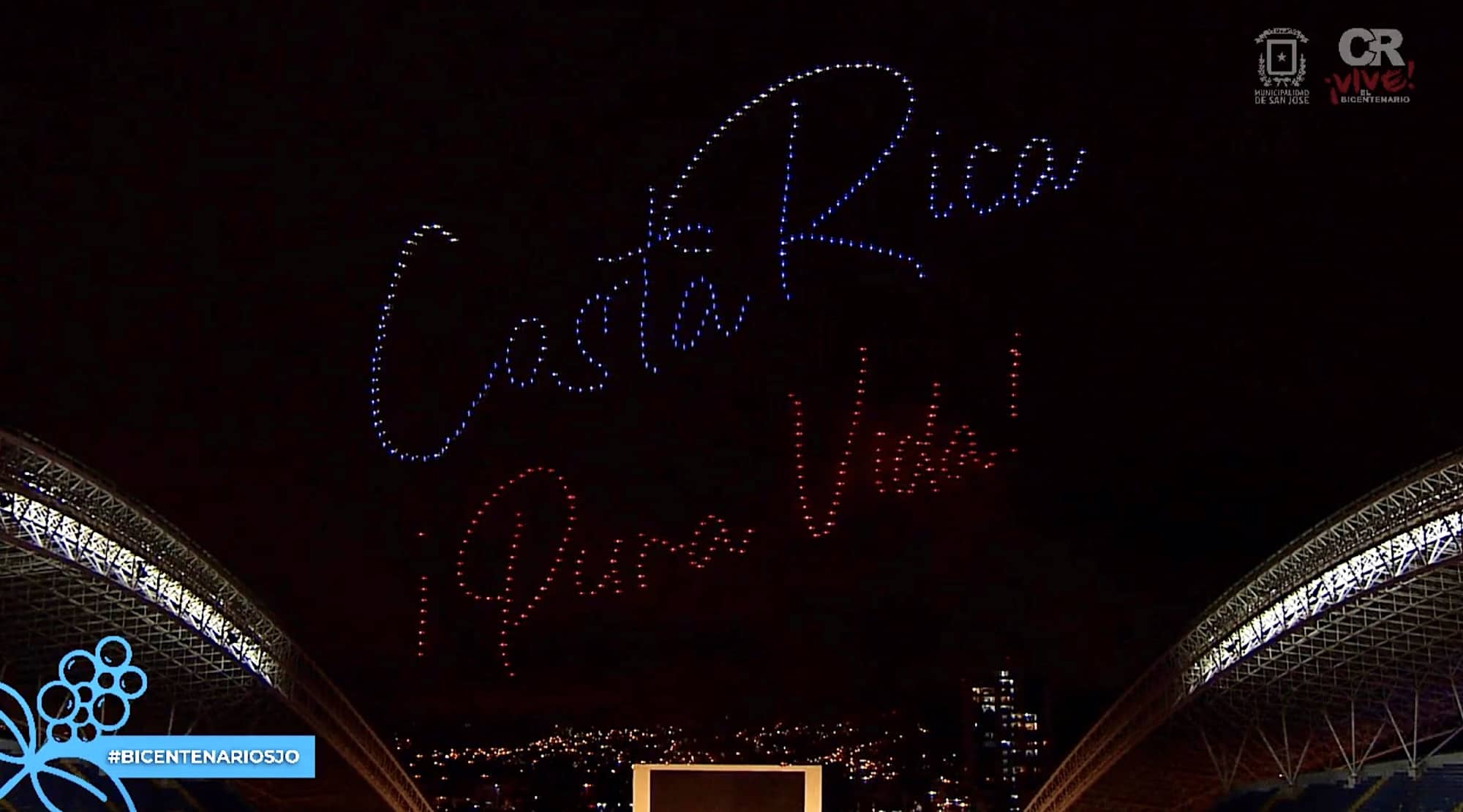 An elaborate ceremony Wednesday night at the National Stadium celebrated Costa Rica’s independence and its bicentennial.

The event began with the National Anthem (43:00) and a speech from Carlos Alvarado (45:30), both from the National Monument in San José. It continued with elaborate artistic performances at the stadium (1 hr) celebrating Costa Rican history and its culture.

The much-anticipate finale, the drone show and fireworks, begins at the 2 hr 14 minute mark.

Drones created pictures in the sky above La Sabana, including representations of sloths, volcanoes, coffee, the Costa Rican flag and the national territory.

Watch the ceremony in its entirety below: