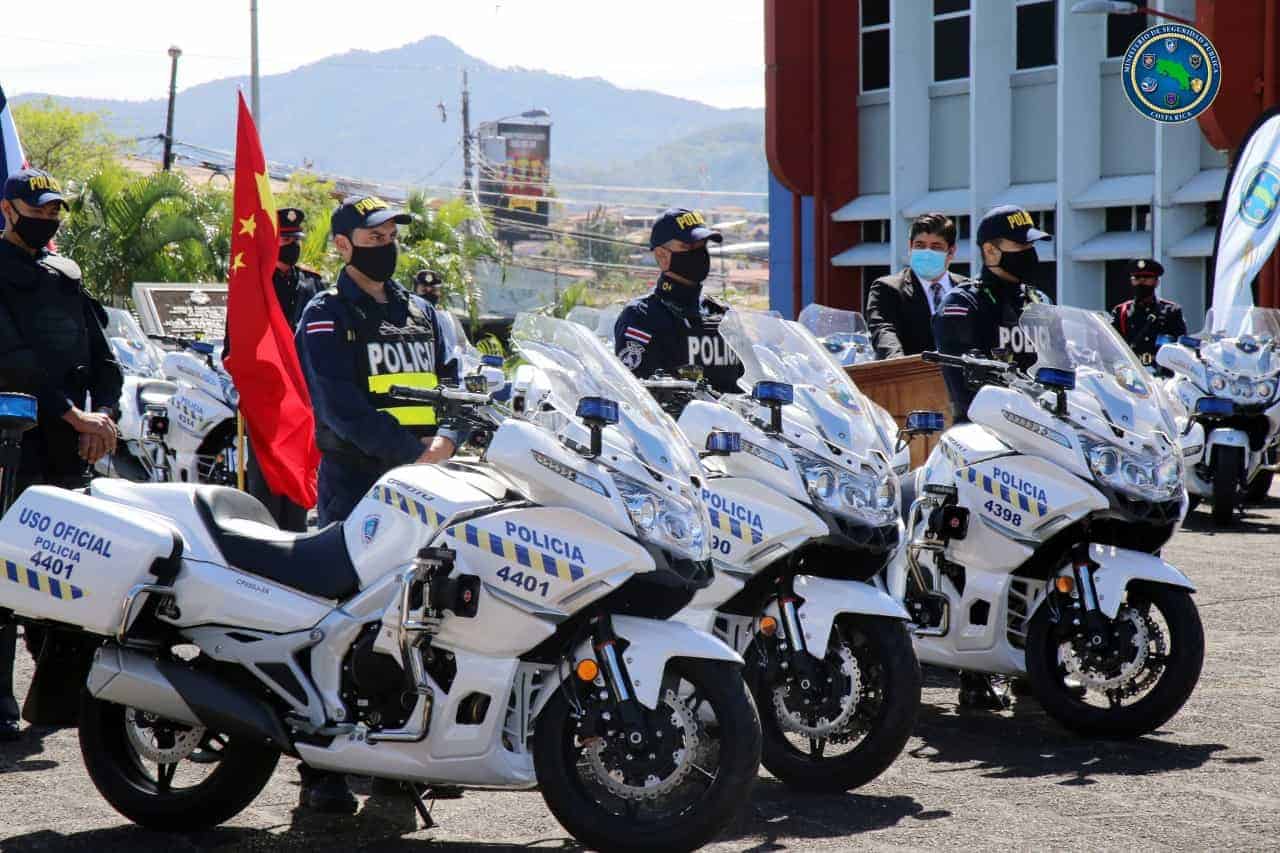 China donated 100 police motorcycles to Costa Rica during a ceremony on February 22, 2021. (via MSP.)

The Chinese government on Monday donated motorcycles and other security equipment to Costa Rica during a ceremony with local leaders.

The gifts included 100 motorcycles and body armor — in addition to helmets, blankets and other equipment — with a total value of nearly $5 million.

“Thanks to Ambassador Tang Heng for this important contribution, as well as for the close relationship that both nations have in terms of cooperation,” said President Carlos Alvarado. “We know that these vehicles and this equipment will be very useful for our police forces both for the protection of citizens and for their own protection.”

Ambassador Tang Heng said that “China considers Costa Rica an important partner in Central America,” per a quote attributed to him distributed via the Public Security Ministry.

“We hope that the logistical materials that we deliver today on behalf of the Chinese government will help strengthen the capacity to perform its worthy functions and contribute to preserving Costa Rica’s prestige as a safe country, a key factor for the entry of more tourists and international investors and economic reactivation,” Tang Heng added.

The motorcycles and other resources will be processed by Costa Rican authorities before entering service in March.

Costa Rica established diplomatic ties with China in 2007, severing its ties with Taiwan. Last week, Costa Rica announced that certain Chinese tourists will be allowed to visit the Central American country without applying for a visa.

The United States has warned Costa Rica about maintaining economic ties with China.

“The United States approaches our economic relationship in the spirit of partnership,” said Mike Pompeo, then-U.S. Secretary of State, during a 2020 visit to Costa Rica. “That’s a stark contrast to the flashy promises from the Chinese government that have often produced only debt, dependency, and even the erosion of sovereignty from some nations.”