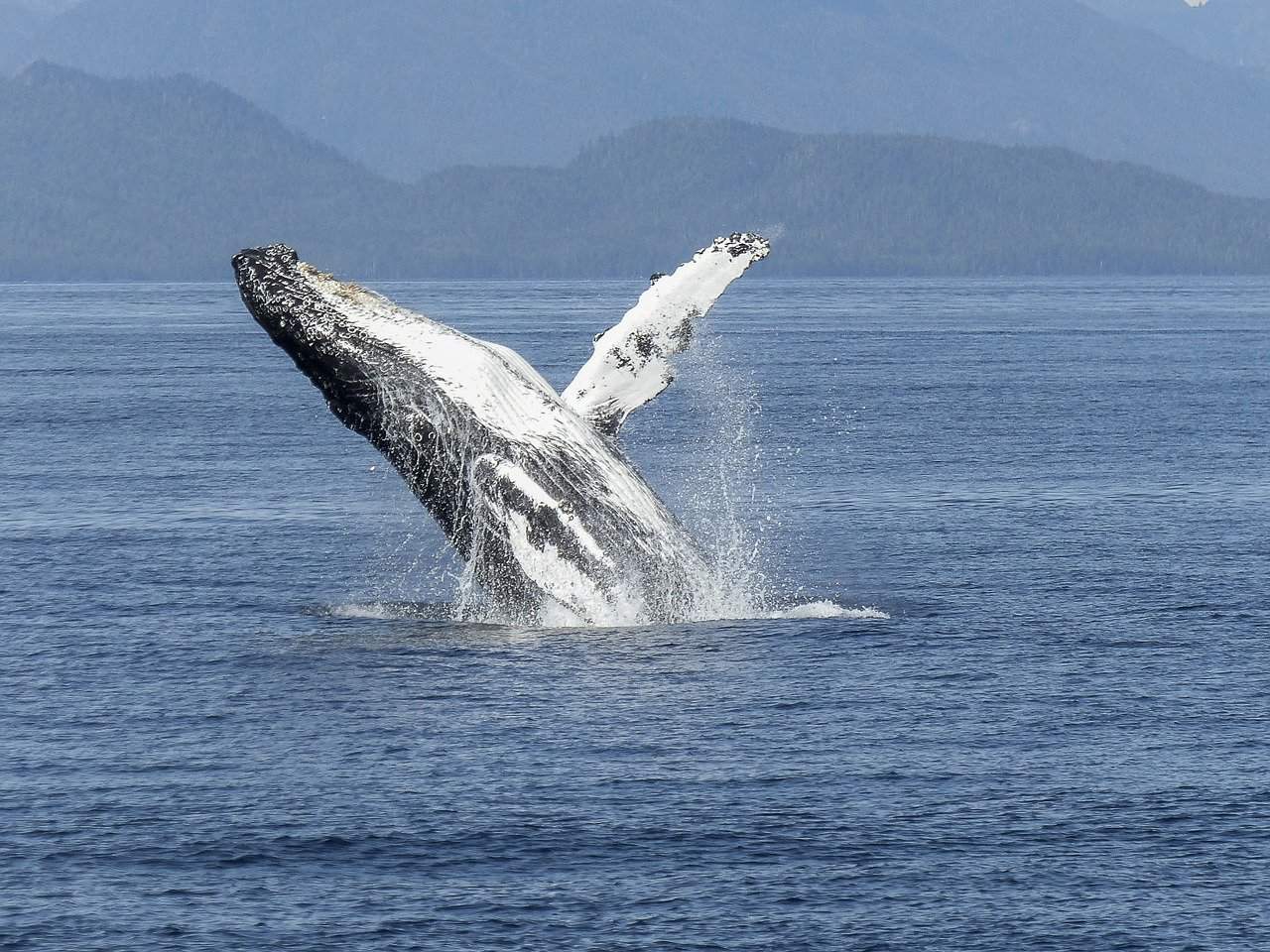 Humpback whales have gentle, playful and also gallant warrior characteristics which make them well loved creatures. They might be thrashing on each other in the waters, but they will never turn on the human occupants of a boat which will come near them, unless they feel threatened or frightened.

These humpback whales like to fight each other, good heartedly, blooded and so charged up. And afterwards, they go their separate ways again. And all the time, the mesmerized spectators in the sea vessel are watching all these events without thinking about harm going their way from these creatures.

Humpback whales don’t just protect their babies or their kind. Their superhero like qualities emerge when they see other species in distress. It could be a seal floating on an iceberg debris. Or even gray whale calves or ocean sunfish being attacked by other marine creatures.

In 2009, marine ecologist Robert Pitman witnessed an altruistic act of a large humpback whale in below zero degree waters.

Curious to see these gentle creatures yourself in the flesh?

The place to visit is amazing and beautiful Costa Rica, Generally, there are two whale seasons there.

What is Best Time of Year to See Humpback Whales in Costa Rica?

The lesser known but still exciting whale season is when northern humpback whales migrate to Costa Rica starting December and typically ending in April. This means you have 10 months of the year to choose when to visit amazing Costa Rica for this very purpose of seeing these stress relieving creations of nature.

Where Can You See Humpback Whales in Costa Rica?

The best locations to be able to sight and enjoy humpback whales are on the Southern Pacific coastline around the fringes of a small town named Uvita. Environmentalists will be appreciative to know that the town’s beaches and coastal waters are protected by the government’s Marino Ballena National Park.

You know what it means when the waters are covered as marine sanctuaries because violators are squarely dealt with sanctions and penalties if ever they disturb the cleanliness, pureness and the safety of the surrounding. The animals and creatures making use of the land and the waters as their habitat or migration grounds are also well protected.

This National Park begun in 1990 and spans 5,500 hectares of shallow coast, mangroves, rainforests and beaches. There is even an iconic sandbar formation called the Whale’s Tail on a popular beach in Playa Uvita. It seems this unusual etching in nature of a part of the anatomy of the humpback whale has linked up with the attraction of the territory: as a migratory ground for these lovable creatures.

These mammals give birth and raise their young offspring in the warm waters, encouraging them to go closer near the shore compared to other areas. Down south in the Osa Peninsula, are also great places to view these gentle giants – an open Pacific side coastline and the Gulfo Dulce.

In and out of Uvita, tour operators offer whale and dolphin watching trips. Aside from the humpback whales, there are chances that spotting sea turtles, stingrays, dolphin species and also the lesser known Bryde’s and Pilot whales.

When Uvita holds its yearly Whale Festival during September and October, these are the recommended periods when the whales and other species abound. But just like we mentioned, you have the luxury of 10 months of the year to choose when to go to Costa Rica.

Other areas like Tamarindo and Papagayo Gulf are also developing as whale watching areas but there are less operators. You can also be lucky enough in the waters of these districts to get as near as possible to these lovable humpback whales while snorkeling, diving or just simply being on the catamaran or boat you are sailing on.

The Caribbean and Pacific coasts of Costa Rica are also starting to develop their whale watching culture but the tour mechanisms there are not yet so established. But if you are a wanderer by heart, travel all over Costa Rica because it is such a beautiful country with so much to offer.

Differences Between a Northern and Southern Humpback Whale

While you’re at it, on any whale watching tour, learn to know the difference between a northern and southern humpback whale.

The color of the body and the underside of the tail (or flukes) of the humpback whales from the northern hemisphere usually tend to be much darker than their counterparts from the southern oceans. Studies that have been conducted have confirmed that there is long term isolation among humpback populations in the 3 global ocean basins.

Actually, in the genetic studies, it is now a theory that the northern and southern humpback whales could be different subspecies. Though their best and most sturdy swimmers travel the longest migration route of any mammal, the distinct subclusters in the North Pacific, the North Atlantic and the Southern hemisphere oceans travel through separate passageways.

It is always best to have a backgrounder on the places where you are bound to travel to, and your next whale watching expedition to Costa Rica is no exception. Imagine, just months ago, these lovable creatures were still floating around at the other side of the earth. Now, they’re keeping you company in the warm waters of Costa Rica!

Previous article
United Airlines announces new routes, more flights to Costa Rica
Next article
Our experience flying from the U.S. to Costa Rica during the pandemic