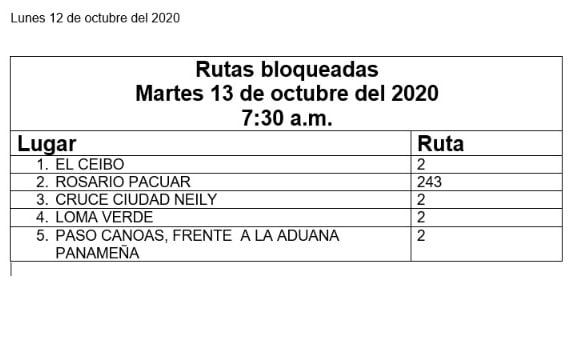 As of 8 a.m. on Tuesday, October 13, the following spots are blocked by protesters in Costa Rica, according to information provided by the Public Security Ministry:

Blockades near land border posts have impacted commerce throughout Central America. The demonstrations have also impacted domestic tourism, but led to signed agreements with the government.

Protesters are demanding that the government abstain from introducing new taxes. Demonstrations started in context of Costa Rica’s planned negotiations with the International Monetary Fund for a $1.75 billion loan.

Since road conditions and blockades can change throughout the day, we recommend using Waze to plan trips.