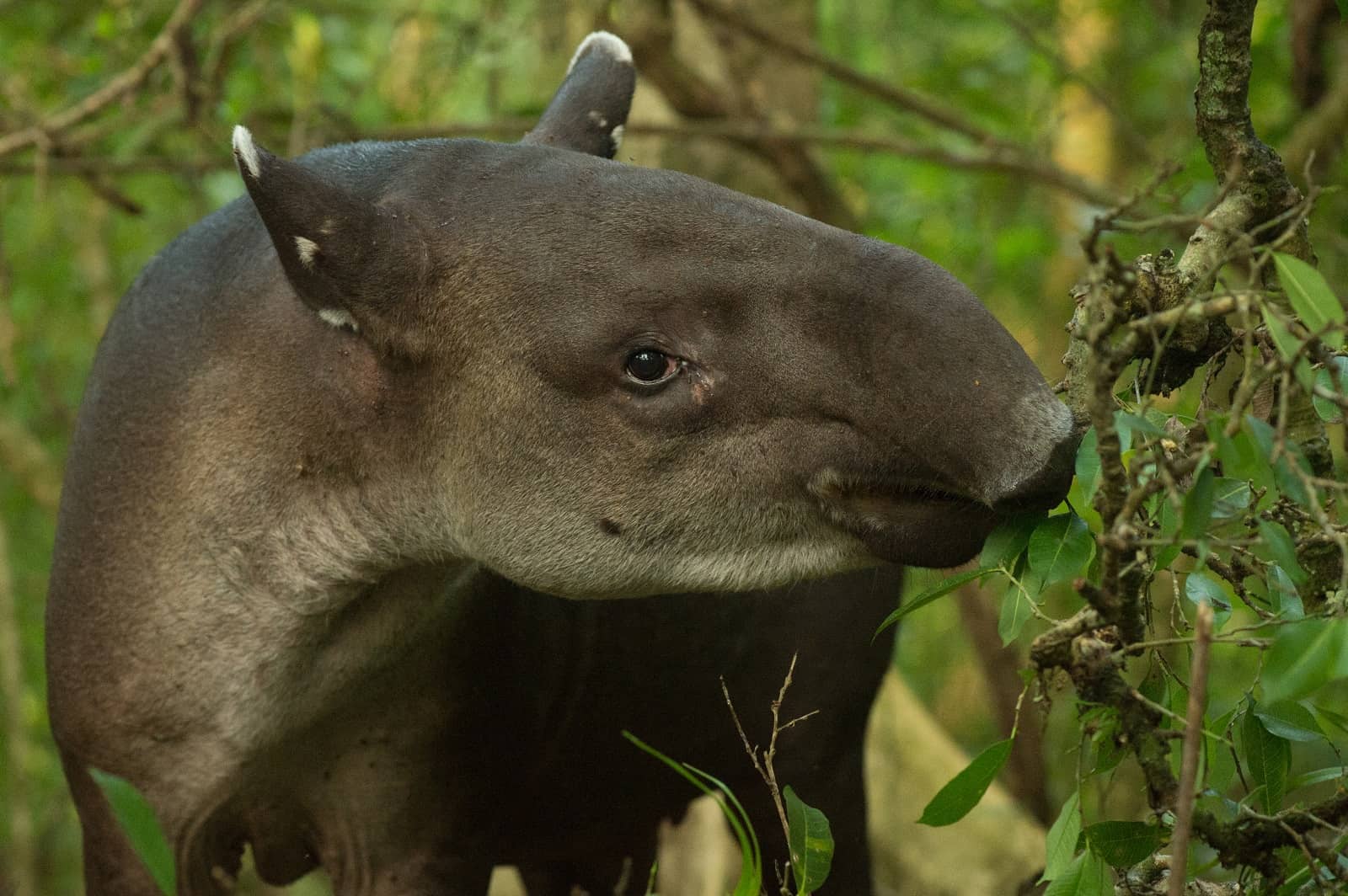 The Central American tapir, known as the danta in Costa Rica, is an endangered species. (Photo courtesy of Nai Conservation)

The Central American tapir is large. In fact, it’s the largest terrestrial mammal in the Neotropics.

Known colloquially as the “danta,” the Central American tapir (Tapirus bairdii) can be difficult to spot. It’s primarily nocturnal, largely solitary and in danger of extinction.

Thankfully, people across Costa Rica and the region now recognize the importance of the danta. Last week, we visited one of those people — Donald Varela Soto and his Tapir Valley Nature Reserve in Bijagua de Upala.

After a hike through the private reserve, seeing snakes and frogs as we went, we finally found what we were looking for. Check it out:

To learn more about tapir conservation, check out our recent story on the topic by clicking here.

In addition to Tapir Valley Nature Reserve, Corcovado National Park on the Osa Peninsula and the Cerro Dantas Wildlife Refuge in Heredia are excellent spots for seeing a danta. 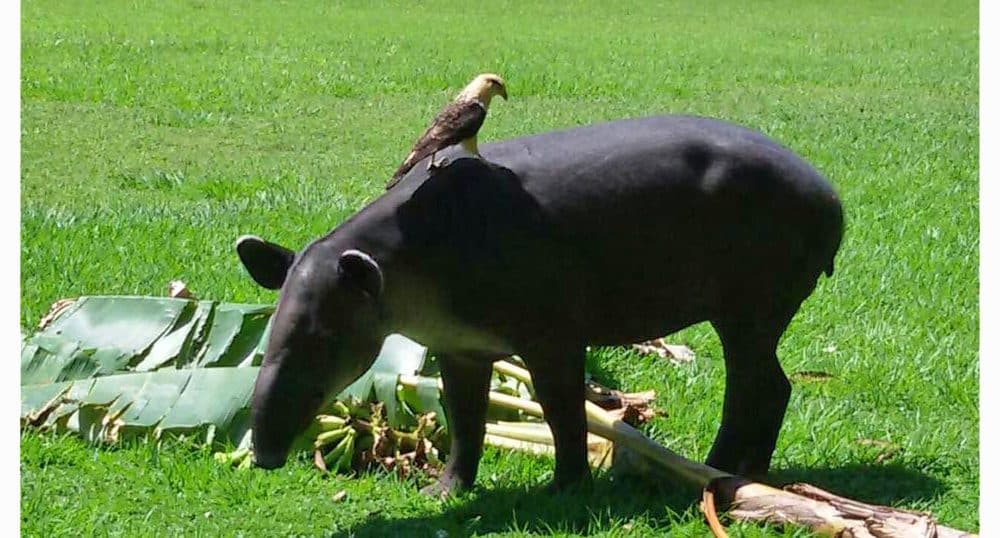 A yellow-headed caracara hitches a ride on the back of a Baird's tapir near the La Sirena ranger station in Corcovado National Park. Caracaras are often found in agricultural areas where they are known to perch on cattle. (Via Facebook) 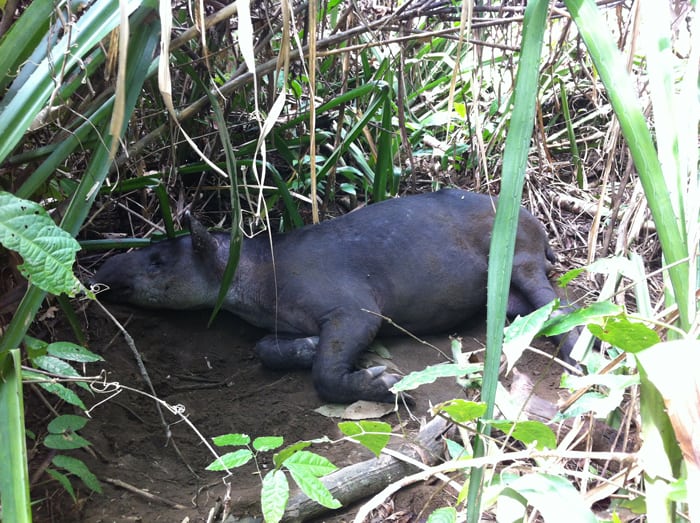 A male tapir snoozing in the shade near the beach in Corcovado. Karl Kahler/The Tico Times