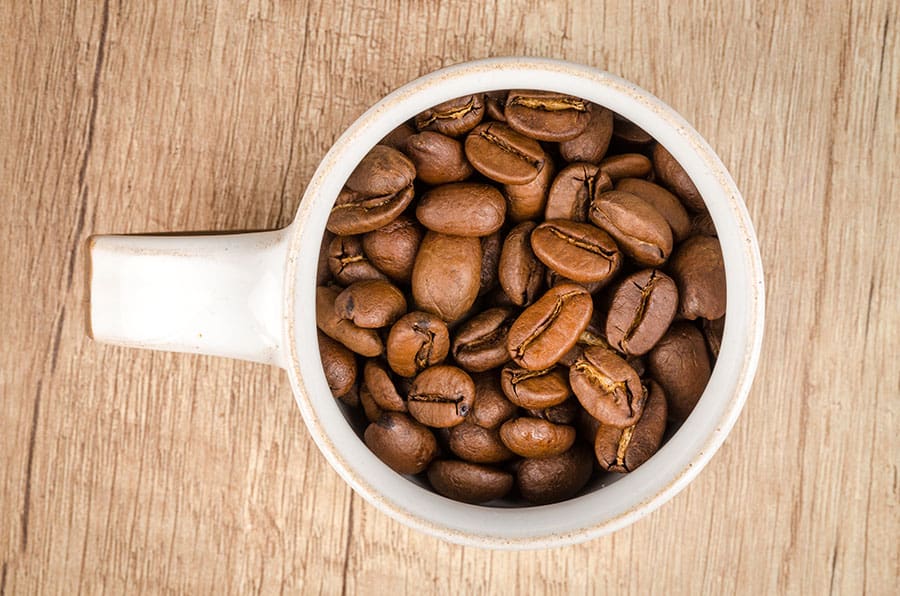 Coffee is one of the most consumed drinks in the world each year; a coffee in the morning or a couple in the afternoon has become a daily ritual for most people in Costa Rica. With so many choices of beans and flavors, Costa Rica’s  and the world’s love of coffee is only increasing every year.

Costa Rica is one of the most important coffee producing countries in the world when it comes to growing and exporting coffee bean with more than one and half million bags grown and exported around the globe every year.

Its exporting of coffee is so large that it accounts for around eleven percent of the money they earn as a country from exporting. Read on for a deeper look at the coffee industry in Costa Rica.

When Did Coffee First Arrive in Costa Rica?

Coffee was first introduced in 1779, and the coffee beans were brought over to Costa Rica from Cuba.  Although it is not known who was the first to bring it over or why, it is likely that we’ll never know for sure why Costa Rica became the first country in Central America to be introduced to coffee beans, but whoever did certainly did the world a favor.

The production of coffee beans quickly became one of the biggest money-makers for farmers. Initially, the production of the coffee beans was kept within the country, and it wasn’t until 1820 that the country start exported the beans to other countries in Central and South America starting with Panama with Chile following shortly after.

It took less than ten years for the income generated from exporting coffee beans to exceed that of other products such as tobacco and sugar, and this success changed the lives of many Costa Ricans who were involved in the farming and exporting at the time.

Why Does Coffee Grow so well in Costa Rica?

Costa Rica grows Arabica bean; for this type of bean to grow well, it needs warm temperatures and a high altitude. The vast mountains that cover the country provide a high altitude, and the warm weather all year round makes for the perfect growing conditions.

Costa Rica only has two seasons throughout the year, dry and rainy, but both of these seasons with the constant ambient temperatures every day are perfect for growing. Additionally, the soil of these mountains is rich in volcanic ash which acts as a fertilizer meaning that coffee beans absolutely thrive in the landscapes of the Costa Rican mountains.

When is the Costa Rica Coffee Harvest?

Unlike other countries where the coffee bean harvest will happen only once a year, Costa Rica manages to harvest coffee three times a year. The perfect growing conditions and vast land areas mean that this country is able to have more frequent harvests than other parts of the world.

Typically, January is the time when they are able to collect the most from the harvest, and it can be so much work that people are often brought in from neighboring countries to work in the coffee farms during these periods.

After the coffee bean cherries are picked, they must go through various processes in order to make them ready for selling. The time between picking the beans to them being ready for bagging and selling is roughly 24 hours; the processing must happen as quickly as possible so the full quality and flavors of the coffee beans can be maintained.

With an average of three cups of coffee drank a day just in America alone, it is very likely that you drink coffee from Costa Rica on a regular basis without even knowing it.

So, the next time you are sitting in your favorite coffee shop sipping on a cappuccino, or browsing the bags of beans in the supermarket, you will know far more about where it has come from and this will most definitely give you an even bigger appreciation of one of the world’s greatest drinks.

What are the 8 best coffee growing regions in Costa Rica?

There are 8 different coffee growing regions in Costa Rica, each area is ideal for its mountainous surroundings. Add to this that the different areas experience slight nuances in the weather, are grown in different soil, and are fertilized by different things, (for example, some areas are naturally fertilized by the ash of nearby volcanoes) means that the eight different regions produce eight different tasting coffee beans. All of them full of rich and smooth flavors, but each of them independent in their own right.

Situated near the Turrialba volcano, the ash from here mixes with the soil and give the coffee beans a light smoky flavor. Growing coffee beans near active volcanoes is a huge benefit for the quality and flavors that you end up with.

This region experiences a lot of humidity throughout the year, which Costa Rican Arabica beans thrive in. The beans here are bursting with a range of flavors that can be both sweet and mild.

Located as you would expect in the central region of the country, the beans grown here are said to taste like a combination of fruit and chocolate.

This truly stunning region of the country is located in the north, and have some of the most beautiful mountain scenery of any country around.

You will have no doubt already heard of Tarrazu coffee, and if you haven’t you can be sure to notice it the next time you are in the supermarket – this region produces the most popular beans.

The perfect weather combined with the extensive nature within this region means you get an effortlessly smooth cup every time.

The West Valley grows very fruity beans often with hints of honey and vanilla as well.

This region is located very close to the Irazu Volcano, the ash from this volcano enriches the soil of the coffee beans so well that this area is said to be to coffee what Bordeaux in France is to wine.