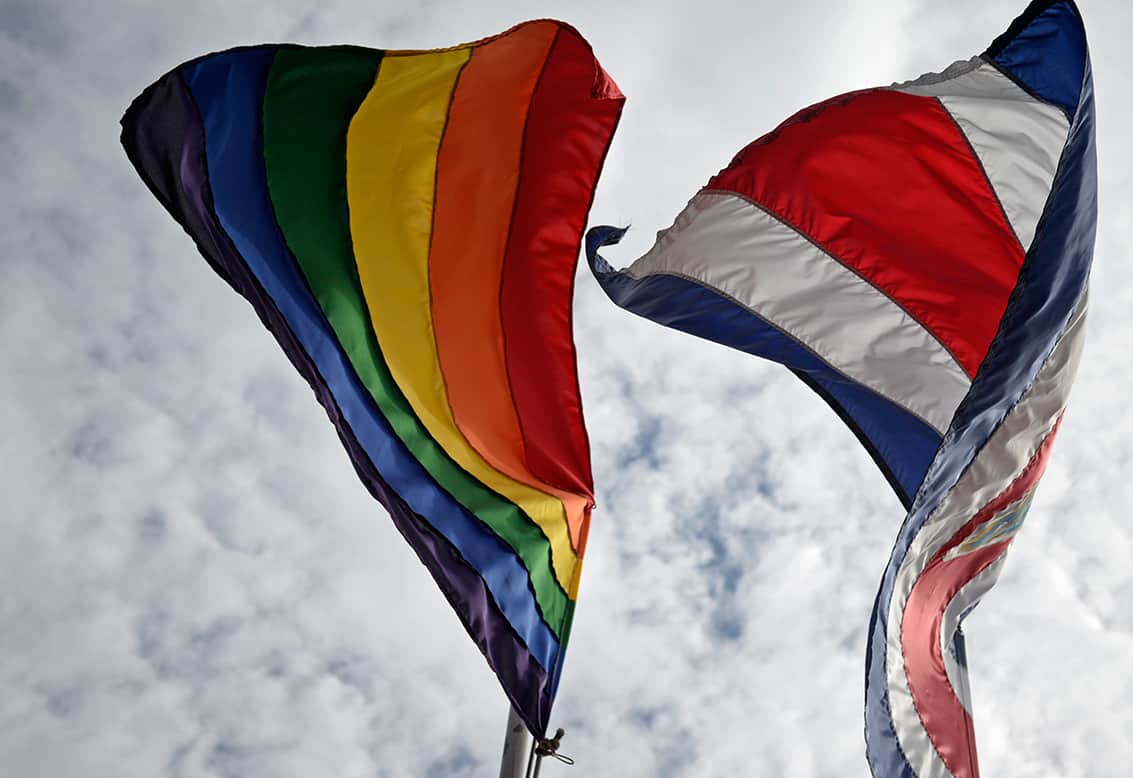 At 12:01 a.m. on Tuesday, May 26, Costa Rica’s Family Code was automatically modified to remove the sixth item of article 14, which said marriage between people of the same sex was “legally impossible.”

While this moment is years in the making, the most significant progress occurred in 2018, when the Inter-American Court of Human Rights ruled that all of its signatory countries must allow same-sex marriage. The court’s verdict is binding for many Latin American states, including Costa Rica.

In August 2018, Costa Rica’s Supreme Court of Justice ruled that the prohibition of same-sex marriage was unconstitutional. It gave the Legislative Assembly 18 months to overturn it, or the ban would be overturned by default.

Costa Rican President Carlos Alvarado, who supported same-sex marriage during his candidacy and marched during the 2019 pride parade in San José, shared a lengthy message of support for marriage equality:

Our duty is to combat all types of discrimination, whether due to disability, ethnicity, culture, religious creed, sex, gender identity and expression, sexual orientation or any other.

The modification that comes into effect eliminates five words in one law. However, this change will bring about a significant social and cultural transformation in the country.

It allows thousands of people to marry in front of a lawyer to recognize a couple’s rights such as inheritances, pensions, medical decisions and among others. The people who will be able to access this right are not strangers. They are sons, daughters, friends, family, colleagues and coworkers.

They are people who, when they decide to get married, will do so for love, stability and because they have a vision for the future. They have the same motivations that anyone could have.

They do not seek to disrespect, nor attack any personal belief. They search only for the understanding and dignity that everyone deserves, no matter who they are or who they love.

As Costa Ricans, we should not be strangers to ourselves. I am aware that an important sector of the population disagrees with this legal agreement. To all those people I want to say that despite the differences we may have, we are still the same nation and must walk united.

To the LGBTQ community, whose rights will be recognized, I reiterate my ongoing compromise. Over decades you were offended, humiliated, persecuted, but you never gave up the fight. You persisted with pride and determination. You did so with the three unstoppable forces that should guide the 21st century: Liberty, equality, and democratic institutions.

Thanks to your work over decades, Costa Rica recognizes the rights you always deserved and returns a little of the liberty that so often was limited. You, your partners, your families, your children will have the same rights as any other person, couple or family in this country.

The ceremony was watched by tens of thousands of people online:

The Supreme Elections Tribunal (TSE) says that Tuesday, it will begin processing and registering the 55 declarations of marriage it has received from same-sex couples.

The higher the jackpot, the greater the interest in playing the world’s most popular lottery. Here is how you can…