Costa Rica declares State of Emergency due to coronavirus; will close borders to foreigners and non-residents

Ultrastructural morphology exhibited by the novel coronavirus. Note the spikes that adorn the outer surface of the virus, which impart the look of a corona surrounding the virion, when viewed electron microscopically. (AFP PHOTO / CENTERS FOR DISEASE CONTROL AND PREVENTION / ALISSA ECKERT / HANDOUT )

Costa Rica has declared a State of Emergency in response to the coronavirus pandemic, President Carlos Alvarado announced Monday afternoon.

The country will shut down its borders to foreigners and non-residents starting 11:59 p.m. on Wednesday, March 18. The restriction applies to the country’s ports of entry via land, air or sea.

Starting immediately, citizens and residents who arrive in Costa Rica will be subjected to a mandatory 14-day quarantine, President Alvarado said.

The travel restrictions will continue through at least Sunday, April 12 at 11:59 p.m. 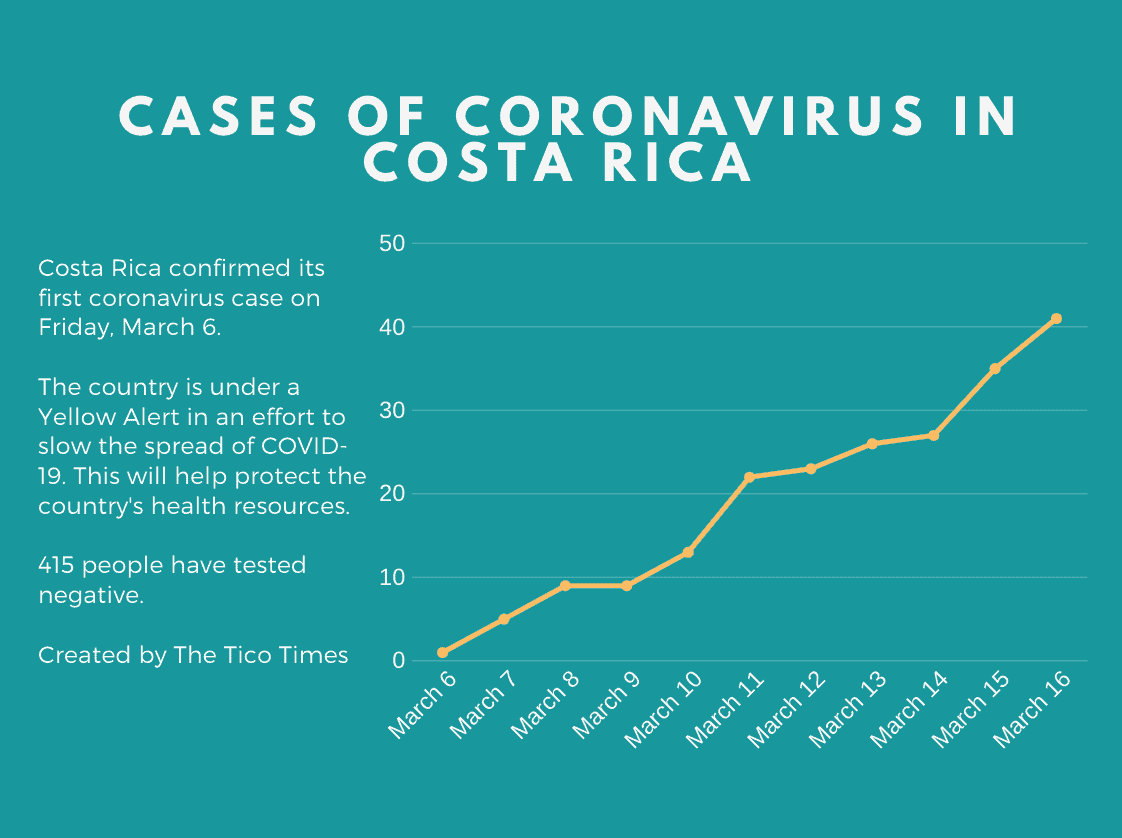 Travelers with a layover in Costa Rica will still be allowed to transit through Costa Rica’s airports. Costa Rica is not enforcing any restrictions on leaving the country, though Health Minister Daniel Salas warned strongly against non-critical travel.

“Tourists who are in the country can leave Costa Rica in orderly fashion,” said Tourism Minister María Amalia Revelo. “Of course, we know airlines will reduce significantly the number of flights they offer to Costa Rica.”

The travel restrictions will have a significant impact on the country’s tourism sector, which comprises an estimated 8.2% of Costa Rica’s gross domestic product, according to the Costa Rican Tourism Board (ICT).

The United States is the country from which the most tourists arrive in Costa Rica — almost 1.3 million people in 2019. European visitors in 2019 surpassed 500,000 people for the first time.

“Today is a complex day for the tourism sector,” Amalia Revelo said. “We know there will be a strong economic impact.”

Costa Rica will also suspend public and private schools through April 4, the Education Ministry announced. Classes will resume April 13, after Semana Santa. In a corresponding move, the school calendar will be extended to December 23.

Salas said he has consulted with the president’s economic council to apply appropriate health measures while attempting to avoid plunging Costa Rica into an unrecoverable economic situation.

“We’re taking the measures that we can and assuming a risk,” Salas said.

“The implemented actions require the commitment of each and every one of us. Let us each do our part, not leave the country and as much as possible, stay home.”

The below image shows the number of confirmed coronavirus cases in Costa Rica sorted by canton: 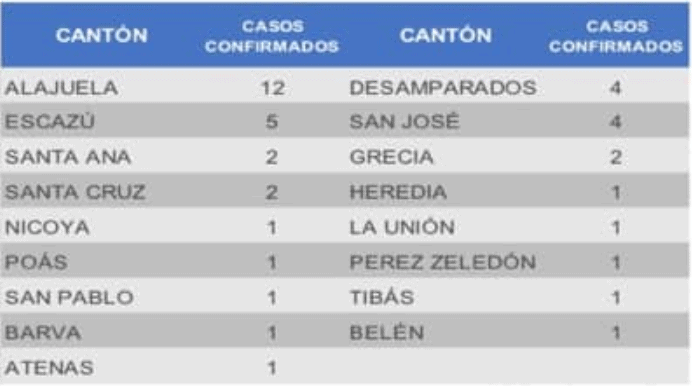 Costa Rica coronavirus cases by canton. Via the Health Ministry.

This is a developing story and may be updated.

Qatar will kick off the 2022 Men's World Cup at the Al Bayt Stadium in Al Khor, organizers announced on…

Despite a recent increase in coronavirus cases, hospitalizations and deaths, Costa Rica still plans to reopen its airports for international…

Costa Rica confirmed 504 new cases of the coronavirus over the past day, totaling 8,986 cumulative known cases, the Health…