The streets of San José will look a little more vibrant on Sunday morning.

Beginning at 10 a.m., Costa Rica will celebrate the 23rd edition of the National Oxcart Parade through the streets of the country’s capital.

More than 200 teams of oxen (yuntas de bueyes), accompanied by music and folk dances, will celebrate Tico traditions through San José as part of the festivities.

The procession will begin at the statue of León Cortés on the east side of La Sabana Metropolitan Park, pass through Paseo Colón and Avenida Segunda, and conclude at Plaza de la Democracia.

Casa Presidencial describes the history of the event as follows:

“In 1997, the idea of ​​conducting a national parade of ‘Boyeros’ was proposed as a way to honor and remember the origins of the nation, and to show the pride of the Boyeros for their trade.

“After more than 20 years of organizing a reunion of Costa Ricans around one of their most revered traditions, Boyeros and Boyeras from different regions of the country meet to celebrate their bond with this traditional custom.

“It remembers the times when the dredging of materials, work in the field, the transport of people and products of both national and international consumption, was all completed with carts and oxen.”

Sunday’s Oxcart Parade will coincide with the second edition of the Rural Pride Fair, which will feature more than 40 vendors from 29 territories across Costa Rica.

“It is necessary that Costa Ricans living in urban areas know the social, economic-productive and entrepreneurship initiatives in the nation’s rural areas,” said Harys Regidor, Executive President of the Institute for Rural Development (INDER).

Performance for a good cause

Later Sunday, a performance at Humboldt Auditorium in Pavas, San José will benefit a good cause.

The show “COEXISTENCE: Living in harmony” will feature aerial dance, theater and most importantly, a message of awareness to coexist and preserve nature.

Tickets are 10,000 colones (about $17.50), and proceeds will support environmental organizations across Costa Rica. 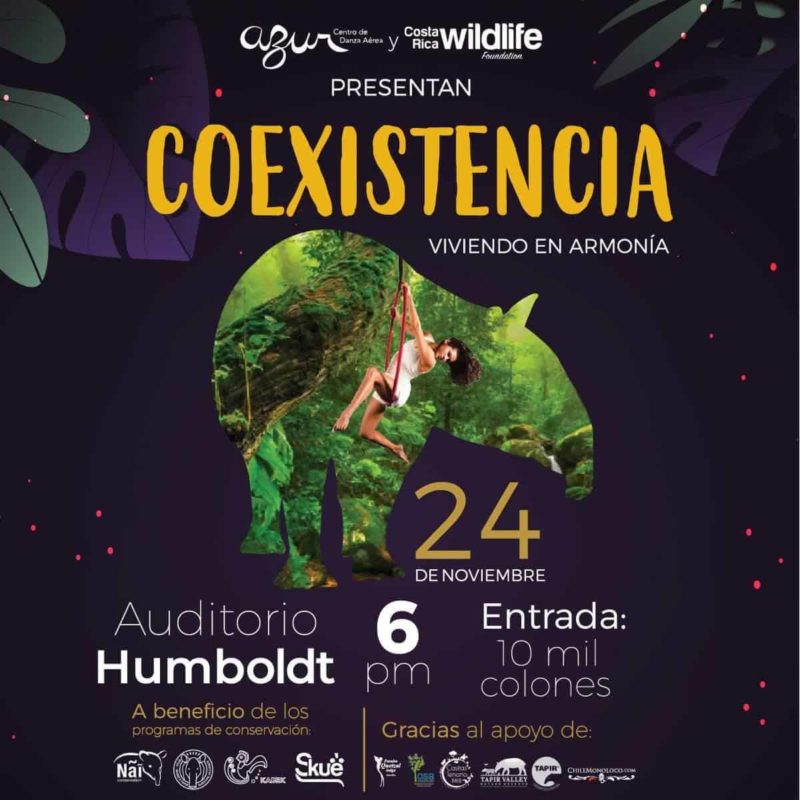