Negotiations to end strike led to a dead end 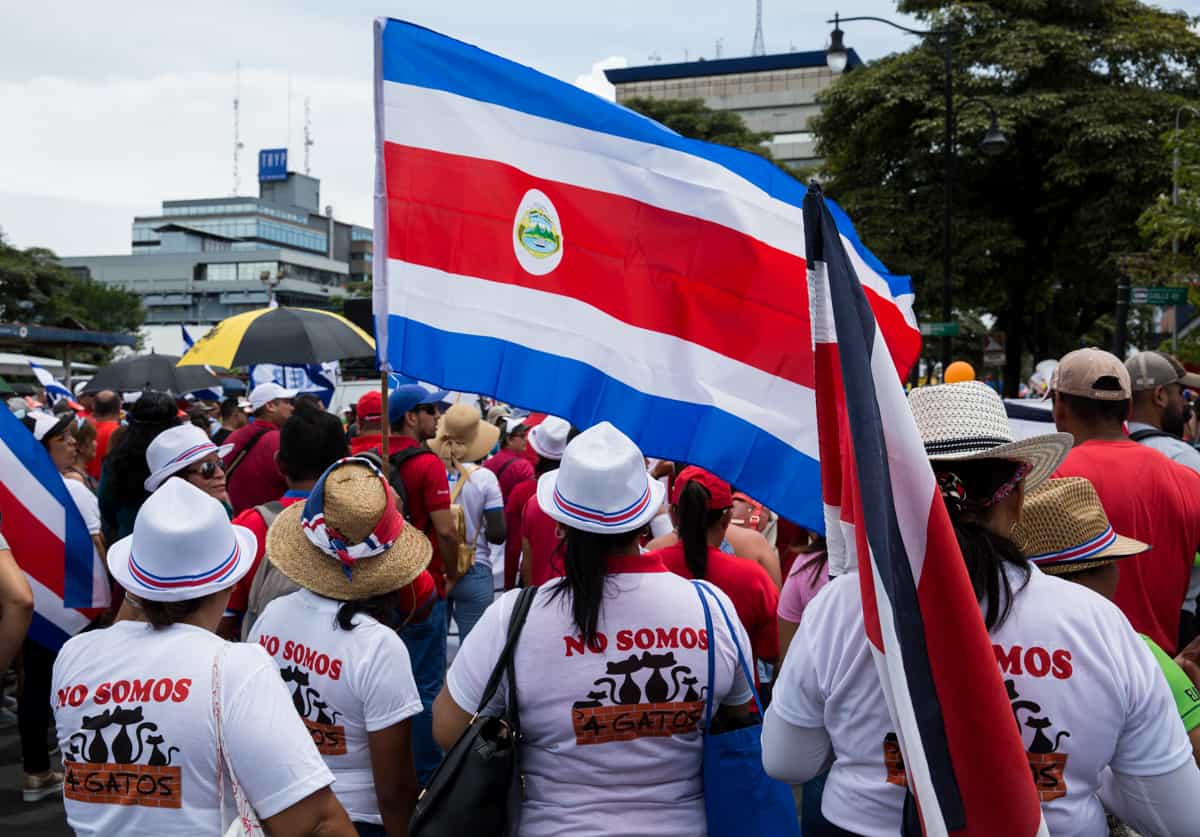 (The cats will continue to march (Alissa Grosskopf / The Tico Times))

Negotiations to end the public sector strike in Costa Rica came to a dead end this Monday after unions refused an agreement mediated by the Catholic Church.

Union leader Gilberto Cascante, president of the National Association of Educators, said that the workers “formalized” the end of the negotiations in a meeting with the government this Monday.

Both parts had set a preliminary agreement on Saturday morning to end the strike, which started on Sept. 10 against a proposed tax reform law.

However, the agreement was rejected after being submitted to union bases, so the strike continued and entered its fourth week on Monday.

The archbishop of San José, José Rafael Quirós, said that the church would suspend its role as mediator in the dialogue, after almost 100 hours of negotiations.

In the reunion, Monday, labor minister Steven Núñez, said that the government would give unions that want to accept to the agreement until the end of the week.

No deal: Government and unions postpone meeting to discuss an agreement

The agreement established that officials who resume their work would not be docked pay for days they participated in the strike and it would allow unions to negotiate measures to include in the tax reform.

Meanwhile, the Legislative Assembly started voting on tax reform motions in an accelerated way this Monday.

Sixty of about 370 submitted motions were voted on. The Legislative Plenary will continue voting in the coming days, with the intention of approving the reform next week.

The project seeks to contain the growing deficit. It will substitute the current sales tax of 13 percent for a value-added tax by the same percentage.

It also establishes a 1 percent tax on the basic basket.