Images from a busy, hot Election Day in Costa Rica 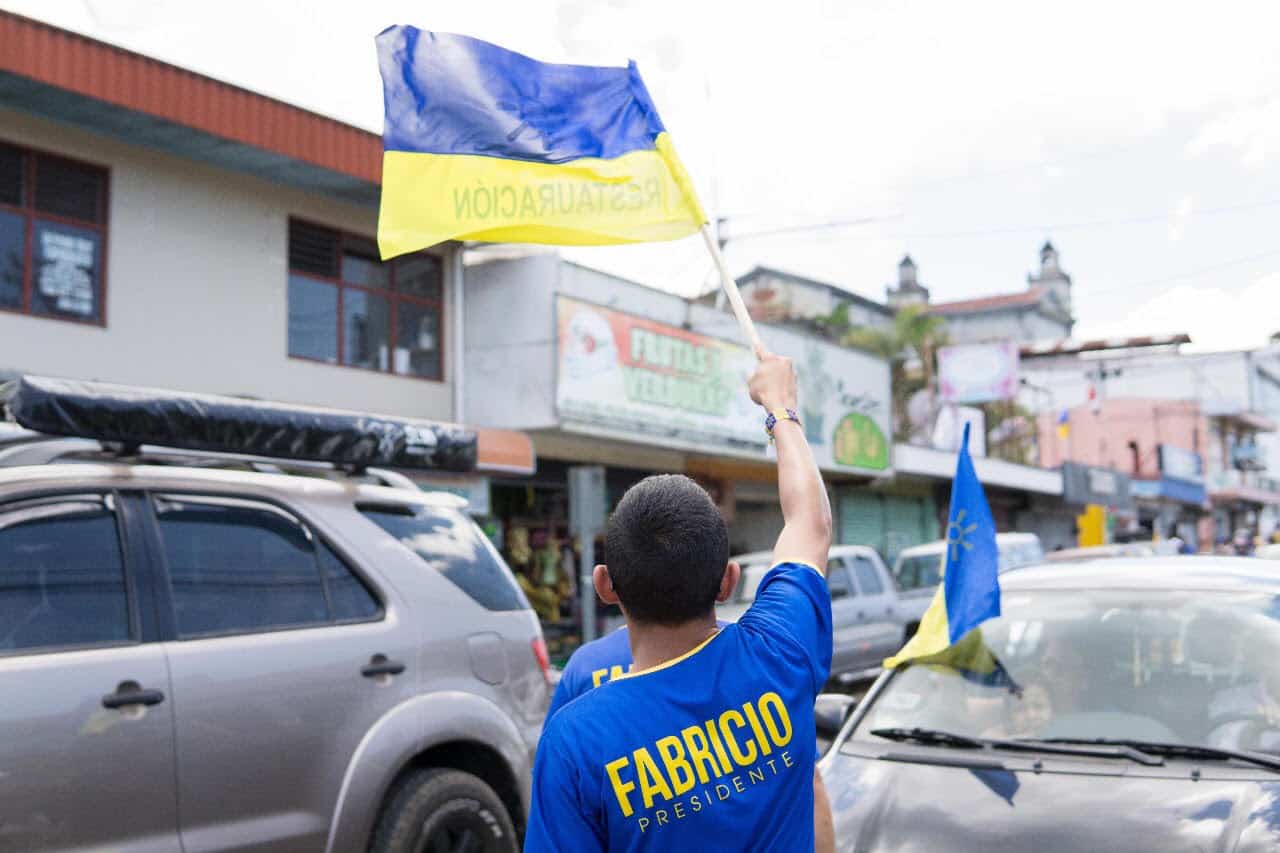 Flags, honking horns, a few protests, and excitement as candidates were glimpsed at interviews or polling stations around the Central Valley have made for an unusually active and colorful Easter Sunday in Costa Rica. Lhuanys Bolaños voted from the Costa Rican Consulate in New York. She voted for Carlos Alvarado and said that based on her observation, turnout was lower today than on Feb. 4. Courtesy of Augusto Bolaños A child at a polling station in Puriscal. Francisco Cubillo / The Tico Times Correspondent Augusto Bolaños said the National Restoration Party lined up buses outside Sunday masses and evangelical services in the low-income neighborhood of La Carpio to transport them to polling stations as soon as church concluded. Augusto Bolaños / Vecinos Activos Candidate Fabricio Alvarado and his wife Laura Moscoa make their way through an enthusiastic crowd. Jonathan Jiménez / The Tico Times A supporter of the presidential candidate for the National Restoration Party (PRN), Fabricio Alvarado, stands in front of electoral banners of the presidential candidate for the Citizen Action Party (PAC), Carlos Alvarado, outside a polling station in San Jose on April 1, 2018 during Costa Rica's run-off election. Polling stations across Costa Rica opened early Sunday for a presidential election that has split the country between an ultra-conservative evangelical preacher who slams gay rights and a former minister from the center-left ruling party. Ezequiel Becerra / AFP Former President Abel Pacheco arrives to vote. Before the election, he said he would emit a blank vote on Election Day. Roberto Delgado Webb / The Tico Times