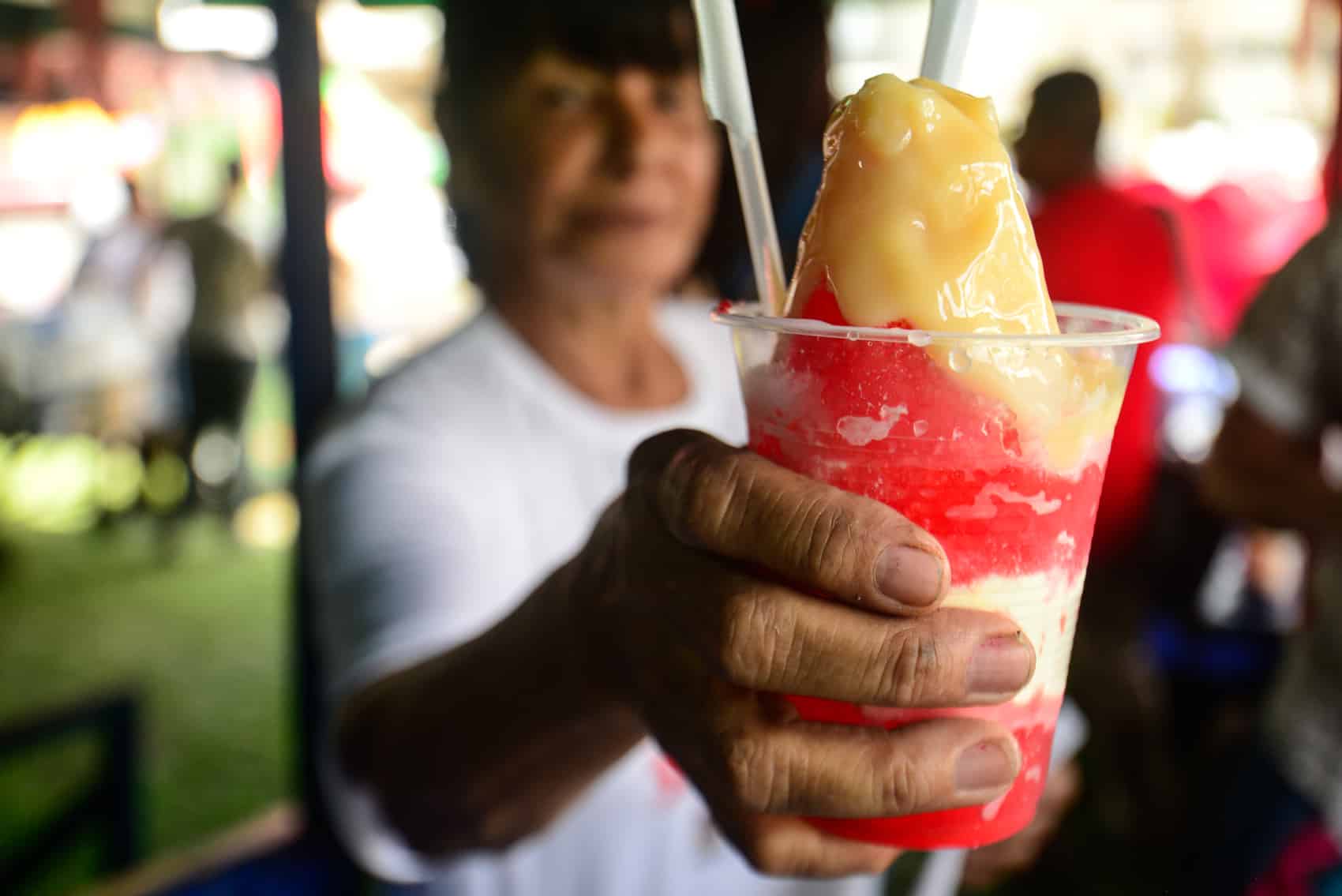 We’re proud to introduce our new Plato del Día series, an occasional homage to Costa Rican deliciousness of all kinds. (Yes, we know that the plato del día is, by definition, a main course, but we’re using the term loosely and will be featuring everything from hearty entrees and bocas to drinks and desserts.)

First up, just because a few sunny, December-y days over the past couple weeks have us dreaming of Costa Rican summer: the Churchill.

Copos or Granizados, as they are commonly known, evolved into the “Churchill” in the port city of Puntarenas. According to popular legend, in the 1940s, local shopkeeper Joaquín Aguilar Esquivel became known at local restaurants and food stalls for always requesting the same concoction of shaved ice, syrup, condensed milk and other sweet toppings. The locals thought the shopkeeper looked like British Prime Minister Winston Churchill, and started calling his frosty beverage a Churchill.

Have you tried a Costa Rican Churchill?

Today, Churchills are a symbol of Puntarenas and are available from small vendors along the beach as well as big restaurants and hotels, and their cousin, the copo, is available in most any Costa Rican park on a sunny day. What’s more, many businesses of all sizes are cashing in on Costa Rica’s Churchill love with new Churchill-inspired products including popsicles, milkshakes, gelato, cake and waffles.

What’s your favorite Costa Rican treat? Wax eloquent about your love of tamales, Tronaditas, cream de pejibaye or whatever floats your boat – no more than 500 words, please, with a horizontal photo if possible – and let us know at kstanley@ticotimes.net.

Thanks to Laianer Arias and Mitzi Stark for the Churchillian insights in this story.