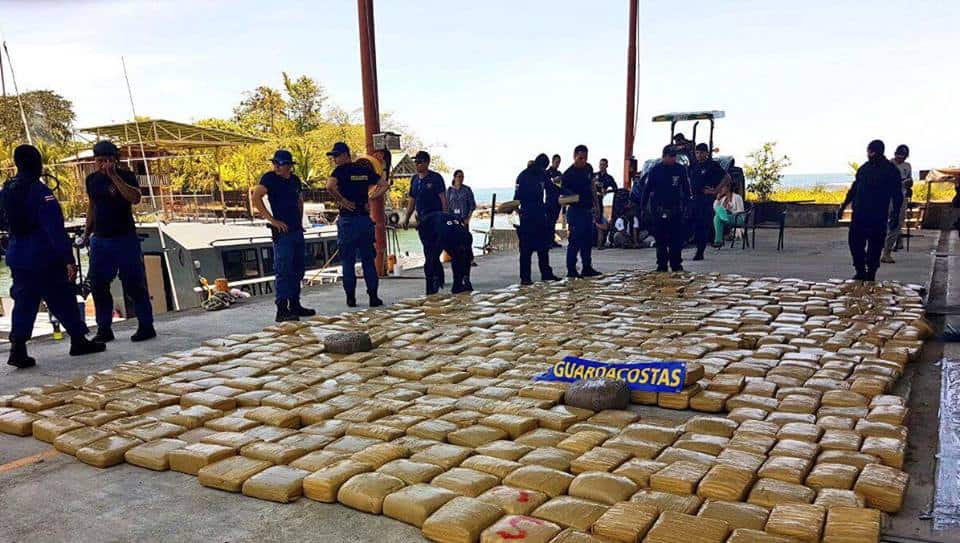 The arrest of five Costa Ricans and one Ecuadorian off Costa Rica's Pacific coast has led to some strange events. ((Courtesy of MSP))

After six men were arrested aboard a boat off Costa Rica’s Pacific coast with what authorities said was more than one ton of cocaine, it took more than a week until the men were transferred to land.

What happened during this time has became the subject of speculation after the men testified Tuesday morning in front of a San José judge that U.S. and Costa Rican authorities took them to the notorious Guantanamo Bay detention camp in Cuba. There, according to testimony published by Spanish-language newspaper Diario Extra, the defendants said they were tortured and largely unfed.

Since the arrest took place in international waters 500 nautical miles from Cabo Blanco in the southern Nicoya Peninsula, it seems strange that authorities would have taken the boat all the way to the Caribbean. However, the men’s testimony indicated that the joint U.S. and Costa Rica operation traversed the Panama Canal to take the men to Guantanamo.

Making matters even more curious, one of the six detainees died of a heart attack in front of the courthouse before entering the hearing. The deceased was identified as Jorge Damián Ferreto Gutiérrez, the 53-year-old captain of the boat who police said had a prior record for international drug trafficking.

“The defendants said that since they were arrested by U.S. officials they were handcuffed to a cable and put on the boat’s deck, where they remained for days without any protection from the sun, rain, or cold at night,” Muñoz’s letter reads, according to Diario Extra. “What’s more, the defendants indicated that the U.S. officers supplied the absolute minimum amount of water and that the food they were given wasn’t fit to be consumed by a dog.”

Muñoz’s letter acknowledged the defendants’ claim that they were taken to Cuba before being taken back to Costa Rica, where they landed at the southern port of Golfito. Muñoz further requested that prosecutors investigate Ferreto’s cause of death.

A spokeswoman from the Prosecutor’s Office said an investigation was opened into Ferreto’s death Tuesday, even before prosecutors received the letter from Muñoz.

The spokeswoman said in an email to The Tico Times, “Remember that the men were in the deep sea and not located near the coast,” when The Tico Times asked where the men were from the arrest date on April 20 until May 1, when prosecutors said the detainees were brought on land to Golfito. Citing the ongoing investigation, the spokeswoman declined further comment.

Police previously identified the fishing boat as being registered by the name “Anthony” and having a 250-horsepower engine.

A spokesman from the Public Security Ministry declined to comment about the details of the arrest.

The press report issued by the Public Security Ministry on April 21 said the men saw Coast Guard officials and began throwing items from the boat into the ocean. In all, they were found with 20 sacks that held smaller packages of cocaine that totaled more than one ton, police and prosecutors said.

On top of Ferreto, the other five arrestees were identified by their last names as Costa Ricans Mollenkamp Pizarro, Arias González, Fernández Núñez and Parras Cuendis, and an Ecuadorian named Reyes Legarda.

The judge sentenced the defendants to five months of preventive prison during Tuesday’s hearing.