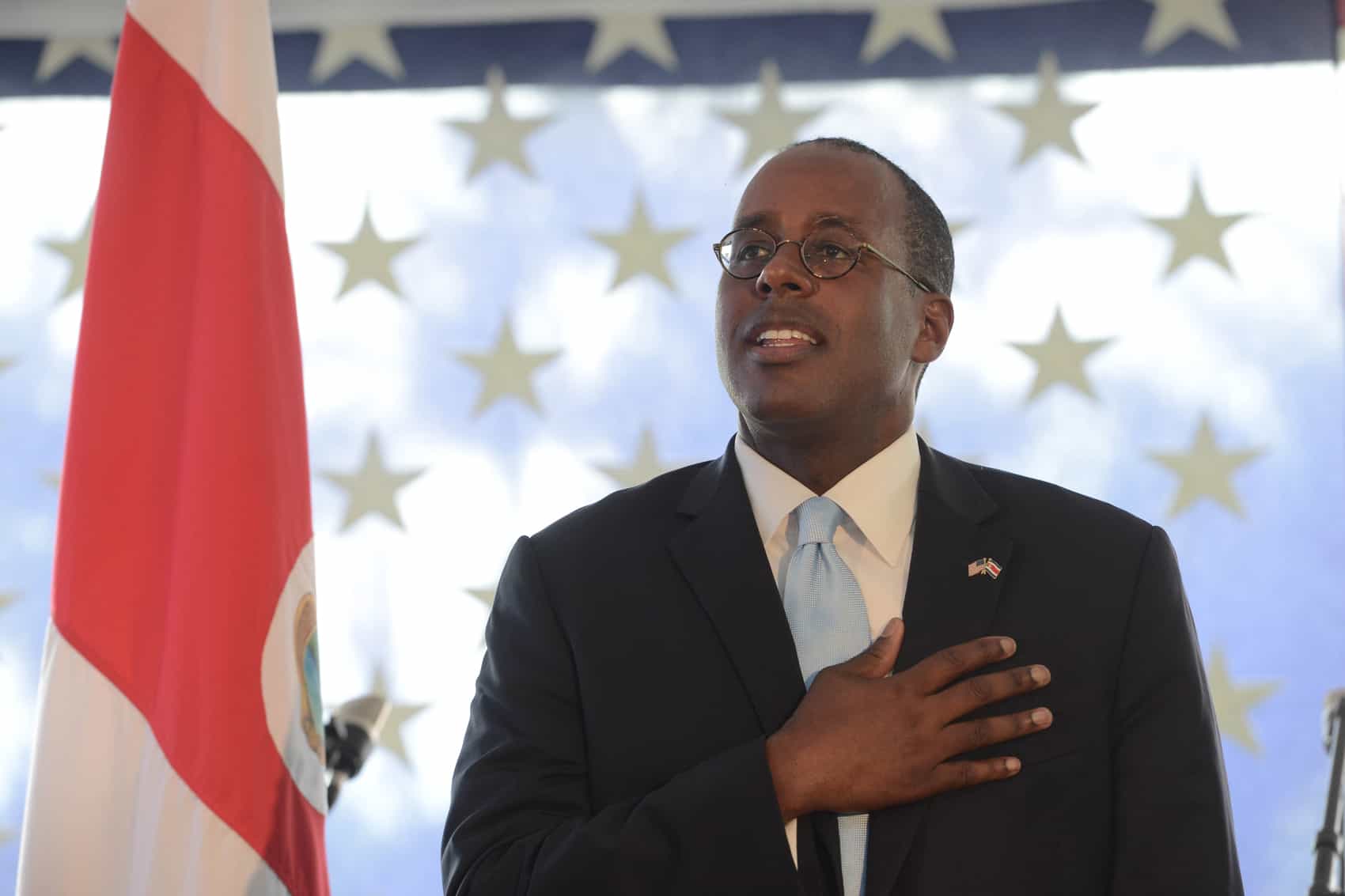 S. Fitzgerald Haney has received authorization to stay on in his post as U.S. Ambassador to Costa Rica, the U.S. Embassy reported Wednesday evening.

“I am very excited to be able to continue with our joint work in advancing the bilateral relationship between the United States and Costa Rica,” Haney said in the Embassy statement.

Earlier this month, the Embassy confirmed to The Tico Times that Haney would leave his post on Jan. 20 when Donald Trump assumes the presidency. The departure was in keeping with the incoming Trump Administration decision to require that all foreign diplomats who were political appointees by President Barack Obama leave their posts by Inauguration Day, a break with decades of precedent.

In the past, new U.S. presidents have allowed a grace period before replacing ambassadors, both to ensure that gaps do not occur while the Senate confirms new appointees, and to avoid disruptions for ambassadors’ children in the middle of their school year.

The Tico Times contacted the Embassy requesting more information about the expected length of Haney’s stay, but officials indicated no further details are available at this time.

By all accounts, Haney has been an effective ambassador during his 1.5-year term. Among other notable contributions, the ambassador has donated to local police efforts and has helped facilitate key talks between U.S. and Costa Rican politicians during the recent Cuban migrant crisis.

Haney’s wife Andrea has battled breast cancer while in Costa Rica and their four school-aged kids are all enrolled in local private schools. The New York Times, in a report on the Trump decision, reported that Haney hoped to stay in Costa Rica so that his children can complete their school year here, and was searching for a home to rent for his family during that time.