A collective gasp from the crowd follows the fuzzy yellow ball that flies up over the stadium in a dramatic, high-reaching parabola. When the ball drifts back towards the hard court at the Costa Rica Country Club in Escazú, it’s followed by the locked-in eyes of the wide-mouthed spectators.

It’s match point as second-seeded Ulises Blanch, representing the United States, tries to secure his spot in the semifinals of the Copa del Café international juniors tournament. Though the 17-year-old Blanch’s desperate backhand save eventually made an anti-climatic landing just beyond the sideline, he clinched the quarterfinal match on the next point.

Blanch, ranked 16th in the world in the International Tennis Federation’s junior rankings, is one of 14 boys and girls here who rank among the world’s 100 best junior players.

“It’s a privilege to have the best young tennis players in the world playing here in the country,” said Copa del Café director Kenneth Thome. “For Costa Rica, it’s important because for the players the set up is like that of a professional tournament.” 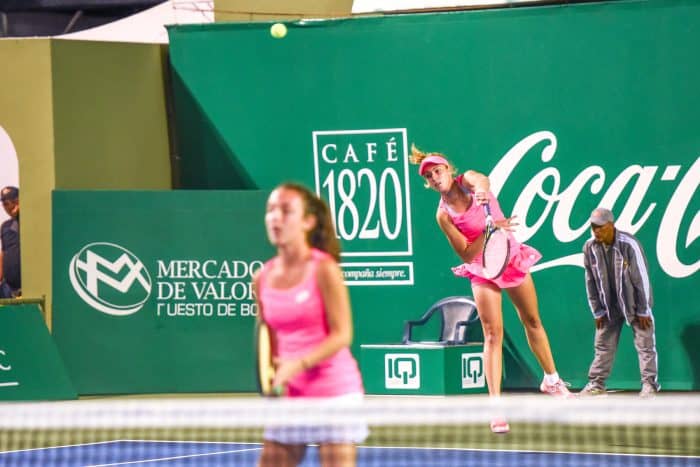 At the start of the new year, after Costa Rica’s winter football season has concluded and while tournaments in cycling and surfing are at a lull, the country’s main sports attraction comes from an unlikely place.

“The Copa del Café has made people talk about tennis here every first week of January for the past 52 years,” Thome said.

The history is literally written on the walls, as names of some of the sport’s greatest players are etched into plaques just outside the main stadium. Titans like Björn Borg, Roger Federer, and Ivan Lendl – three of the greatest tennis stars ever – graced the Copa del Café courts when they were juniors. Budding stars like Blanch, who has now participated in the Copa del Café twice, said it’s hard to forget the tournament’s impressive history.

“When you walk into the club and you see all the names of the guys who played here, it gives you another kind of feeling,” Blanch said. “Plus with the way the people treat you around here, it feels like you’re playing in a bigger tournament.”

The flags streaming above the walls from 59 countries, each representing present or past tournament participants, are a reminder of the competition’s ability to consistently pull in talent from across the globe.

“It’s important for the country to have an event like this because it attracts the best in the world,” Thome said. “So sports fans like to see the spectacle of it.” 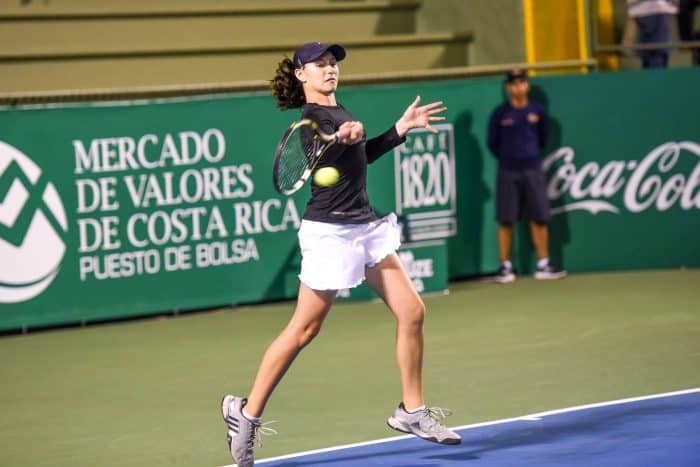 Thome, who was born in San José and played tennis for Rice University in Texas, comes from a family of tennis players. His brother and sister played at the Division 1 level in the U.S. and had brilliant successes on the national stage, including at the Copa del Café.

Still, even though it’s their home tournament, Costa Ricans generally don’t fare well here. In the competition’s 52 years, a Tico has never won a singles championship in the girls or boys categories and only two have made the finals: Kenneth’s brother Fred and Juan Antonio Marín, the country’s first and only pro tennis player.

This year, the only Costa Rican to make it past the first round in singles was 15-year-old Tania Aizenman, who lost in the second round Tuesday.

“The Copa is a very great event that’s one of the best in the world so it’s a beautiful experience to be a part of,” she said.

The tournament includes three more days of matches before wrapping up on Saturday.

Thome said the annual international event gives tennis a chance to shine in a country where its almost always overlooked.

“It’s a week where we’re talking only about tennis and not football, which we always talk about here,” Thome said.