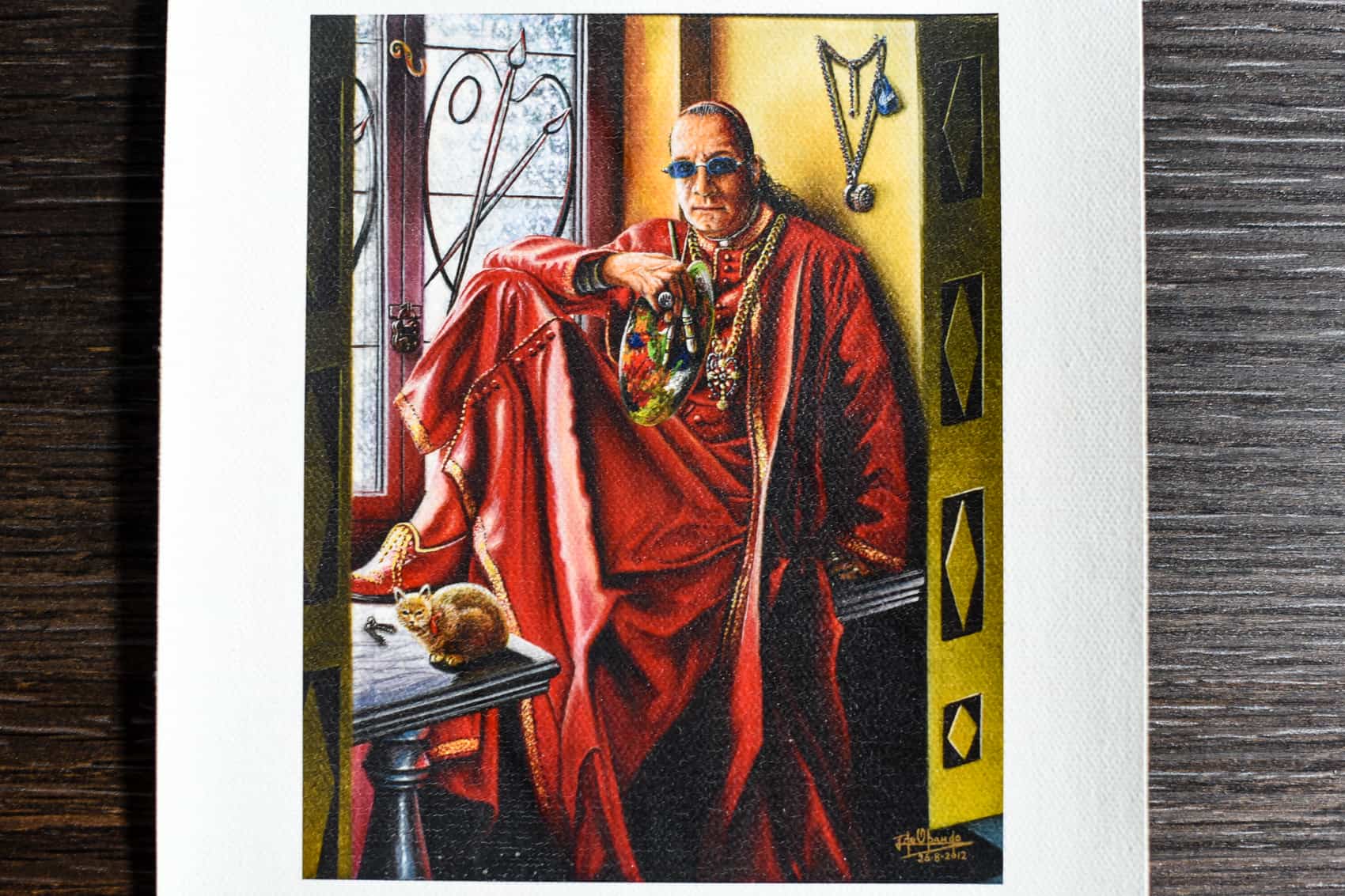 Painter Fernando Obando has embraced a new and ambitious project – one that, according to the artist, is the very first of its type.

The artist’s new exhibit in Santa Ana features a series of 11 self-portraits, but not just any self-portraits: Obando has painted himself in different time periods throughout history in order to explore how humanity reached its current state.

“The message I want to transmit through this exhibit, without getting into religious aspects, is basically the story of humanity,” Obando told The Tico Times. “Since Cain killed Abel, which is supposed to be the first murder ever, he did it because of envy. Since then, mankind has followed the same pattern because of envy or power.”

Through his paintings, Obando depicts the eras that best represented the damage done by our lust for power. The artist seeks to protest the fact that even though these events caused countless deaths and disgrace, they were —and still are— repeated again and again.

The first painting represents the Renaissance; the second, “Apocalyptic Environment of Michelle,” doesn’t represent a specific period of time, but rather “gives an overview of the beginnings of humanity, as it’s said that the Catholic church was the one church left by the creator. The church represents the world’s safe-deposit-box. If it wanted to, it could end world hunger,” Obando said. “Then comes the Wild West [“Free Warriors Spirit”] during the 1800, where the cowboys fought against the Native Americans. The painting is based on a real photograph by Taylor Curtis,” he added. “The chief riding his horse represents the great leaders of the tribes. The Native Americans were pacifists; what caused them to be called savages was the fact that whites took their lands away.” In ‘Sir Fernan de Lot,’ representing the Middle Ages, Obando depicts himself as a knight. ‘Tribune’ is a critique of the Roman Empire, and ‘Waiting with Courage’ depicts Obando as Genghis Khan. “‘Victory’ represents the time of the Vikings, a barbaric period,” Obando continued. “They razed villages, stealing, killing and raping.  The next painting represents the era of the conquests, and ‘Leadership’ takes a closer look at us: the conquest of the Americas, where its natives were left a legacy of illness, violence, blood, poverty. This one depicts Napoleon.” The last painting is the only one that does not feature Obando’s image, because “it could be blasphemous.” The image includes representative elements from the life of Jesus Christ, including his robe, the crown of thorns, and the three nails. With this painting, the exhibit leaves the door open for hope.

“The darkness in the back represents his suffering,” said Obando. “The light in the corner represents forgiveness and love.”