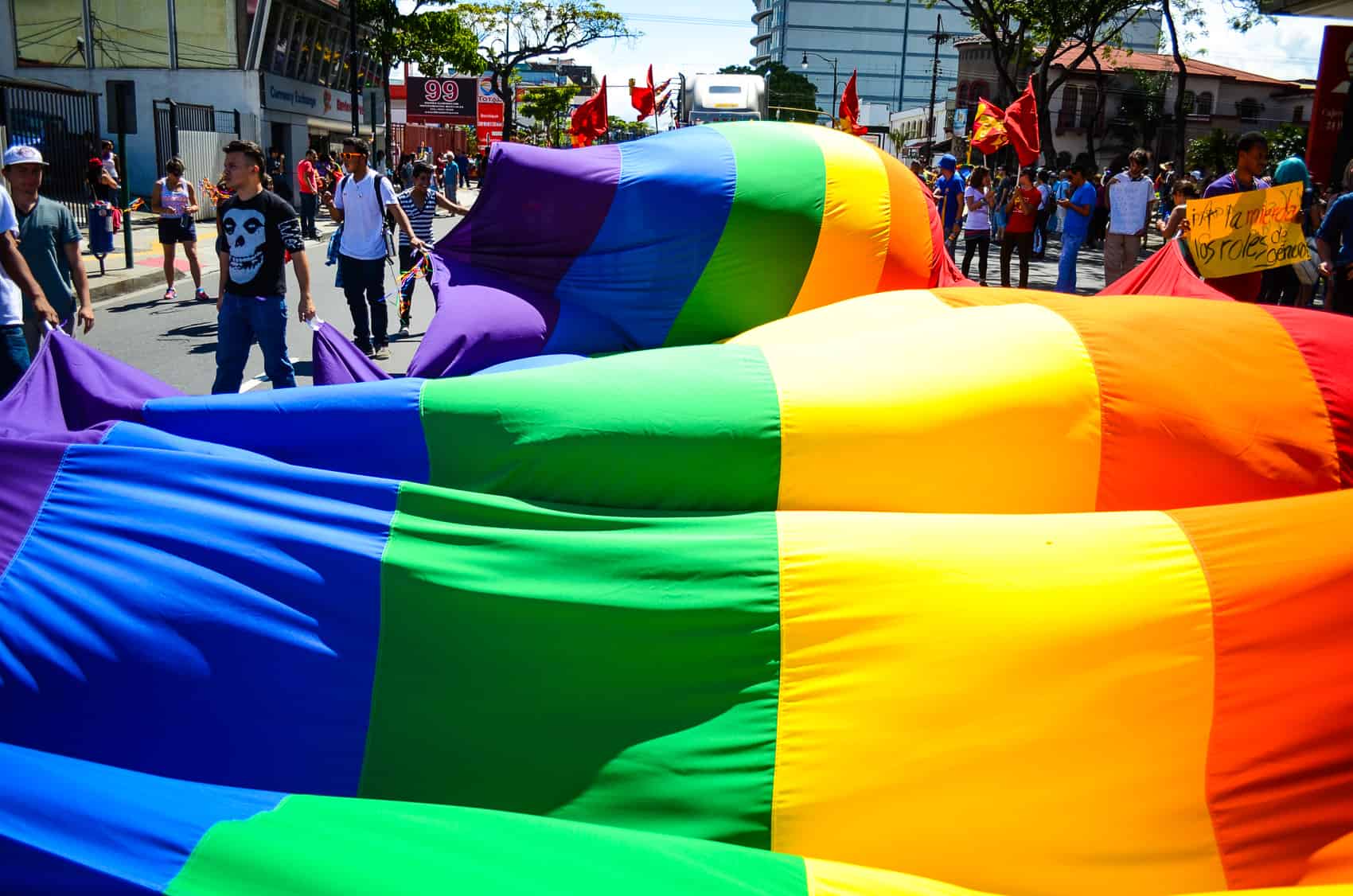 Casa Presidencial presented a bill Wednesday to legalize same-sex common-law marriages in Costa Rica. Supporters of lesbian, gay, bisexual and transgender rights celebrated the announcement, even though the government stumbled in its execution of the controversial measure.

Bill 18.483 would reform several articles of the family code to formally recognize “stable” relationships of more than three years between two people, regardless of their “sex, identity, sexual orientation or choice” with all the personal and property protections of legal marriage.

Under the bill, if a same-sex couple meets the conditions of being together for more than three years, and living together, the couple could meet with a lawyer or appear before a civil judge to codify their relationship.

The bill presented Wednesday was actually the administration’s second attempt this week to propose a gay common-law marriage bill. The government announced Tuesday that it was presenting a different bill to the Legislative Assembly, but then had to make a last-minute change when it discovered that the bill (17.844) had expired almost a year ago.

President Luis Guillermo Solís told reporters Wednesday that his government was committed to human rights and equality for the LGBT community despite the legislative flub.

The Constitutional Chamber of the Supreme Court ruled in 2006 that the Legislative Assembly should legislate on legal relationships for same-sex couples, noting that the Costa Rican Constitution does not prohibit “homosexual unions.”

Still, lawmakers have sat on gay marriage bills for years.

In the meantime, the judicial branch is moving ahead. In June, a family judge in Goicoechea, north of San José, authorized the first same-sex common-law marriage for a gay couple in Costa Rica. The decision was likely the first time an openly gay couple has been granted the legal relationship in Central America.

Also, a constitutional complaint (15-011886-0007-CO) was recently filed challenging Article 14, Section 6 of the Family Code, which says that marriage is “legally impossible: 6) Between people of the same sex.”