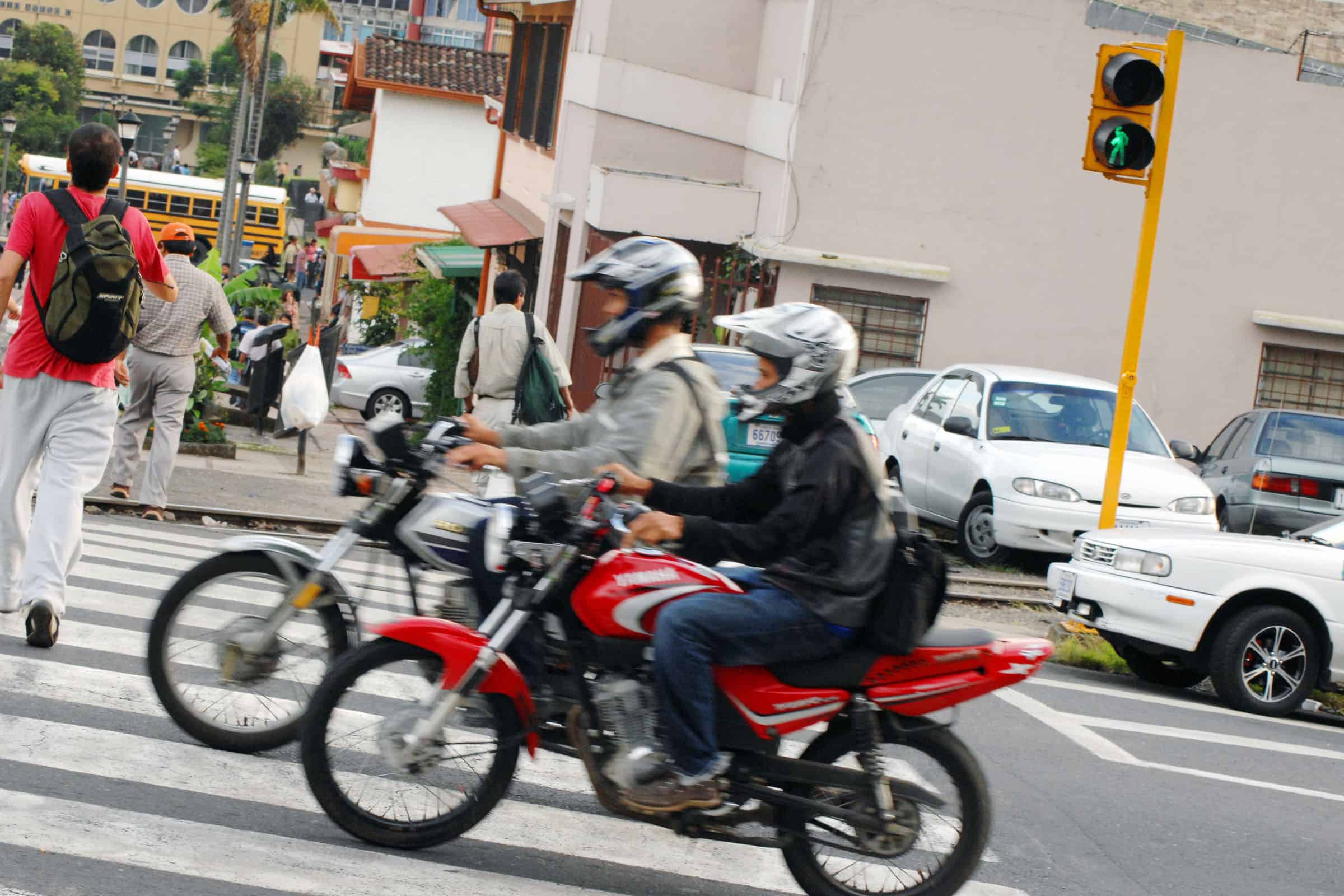 Motorcyclists run a red light in San José as pedestrians are in the crosswalk on Second Avenue near the National Museum. (Lindy Drew/The Tico Times)

Costa Rica’s health minister called auto accidents a public health priority on Monday during the presentation of the country’s new National Health Plan. Health Minister Dr. Fernando Llorca’s words were part of what he said was a more “holistic” approach to public health in Costa Rica.

“Historically, roadway safety has focused on automobiles as the problem. Ideally, the topic of roadway safety starts with the pedestrian, cyclists, people who can’t walk freely down the sidewalk. This is the new vision of roadway safety we want to promote in Costa Rica,” Llorca told The Tico Times.

Llorca gave the example of greater cooperation between the Roadway Safety Council (COSEVI), the Health Ministry and public and private insurers to create a more compete picture of the dangers facing motorists, cyclists and pedestrians. The minister said that this information could be used to identify problem areas where preventative action could be taken.

“If we had a registry that went beyond a list of accidents and deaths involved we could identify areas for improvement and solutions,” he said. Llorca said that he was personally attending meetings with COSEVI.

The more expansive view of public health included topics like gender, nondiscrimination in access to services, cultural understanding as well as a focus on the economic stability of the Costa Rican Social Security System and Health Ministry services.

Vice President Ana Helena Chacón said that the average lifespan in Costa Rica, roughly 80 years old, according to the World Bank, surpassed that in the United States (more than 78). Despite the country’s longevity, Chacón said that there was still much to do to improve the country’s well-known public health system, especially when it came to access to health services for women and migrants.