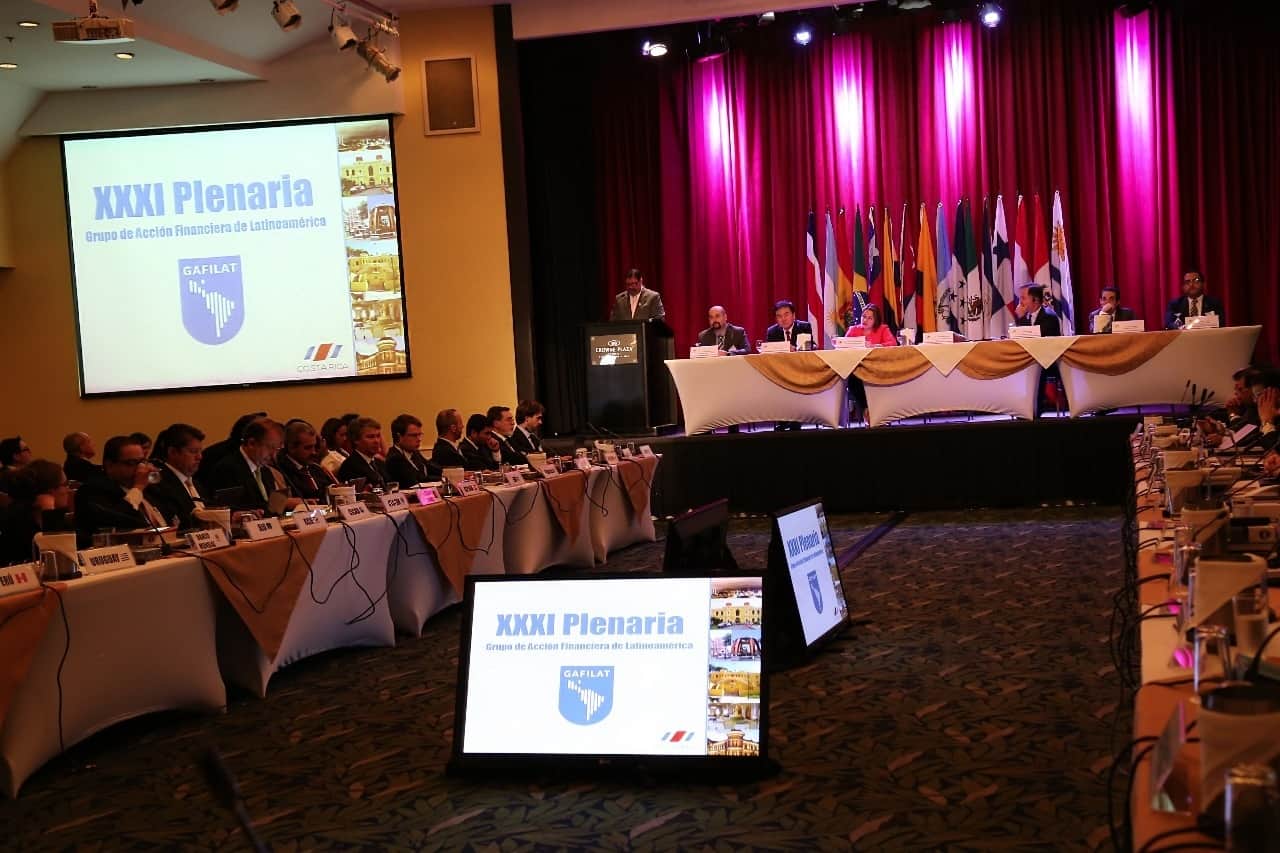 Costa Rica’s new strategy against money laundering and terrorism financing sets guidelines for a coordinated, public-private effort against both crimes, high government officials said this week. The strategy aims to tighten controls on the remittance sector, and the use and transportation of cash.

It also seeks to expand anti-money laundering controls to non-financial sectors, including some private property transactions.

The National Strategy to Fight against Money Laundering and Terrorist Financing is part of the current administration’s commitment to counter corruption, said Vice Minister of the Presidency Ana Gabriel Zúñiga and Public Security Minister Gustavo Mata.

It aims at “strengthening inter-institutional coordination regarding financial intelligence” on money laundering, said Zúñiga, presenting the strategy at the opening session of a two-day meeting of the Financial Action Task Force of Latin America (GAFILAT).

“We also have the need to cut off that oxygen reaching those terrorist organizations,” added Zúñiga, who took active part in the process leading up to the strategy.

“Terrorism is not only the tangible act of manifest violence affecting human lives … it’s also that countries are accessories by not having the mechanisms to cut off financing for terrorism,” she pointed out.

Regarding the strategy, Zúñiga said Costa Rican President Luis Guillermo Solís’ administration took on several challenges, “with the purpose of leaving a clear message of commitment.”

One of the challenges implied “undertaking a national risk assessment,” in this field, and another was drawing up the strategy itself, “with 30 clear aims,” an effort dating back to September of last year, with input from 40 institutions and support from the International Monetary Fund (IMF) and the Inter-American Development Bank (IADB), the Vice Minister explained.

“We’ve declared it of public interest for Costa Rica,” she underlined.

Zúñiga added that the decree enacting the strategy, which Solís is scheduled to sign Friday at the closing session of the GAFILAT meeting, “will make institutions take the necessary actions … to implement this strategy in a timely manner.”

The initiative responds to the three components of GAFILAT’s Anti-Money Laundering and Counter-Terrorism Financing system: Prevention, Detection and Intelligence, and Investigation and Criminal Justice, Zúñiga said.

“These consequences grow, and so does … the illicit wealth being laundered, day after day, with a high power of corruption … over the people and on different sectors of the economy,” Mata said.

Fighting it “is a job for all members of society, including professional and non-financial actors, and state institutions,” he added.

The strategy seeks to “generate new regulations and controls to strengthen supervision over the financial system and its integrity.” Among the specifics, the strategy aims to reduce the use of cash, tighten controls over remittances and reduce informality in that sector, and “strengthen regulation and control over physical transportation of money and other negotiable instruments across borders.”

The Financial Action Task Force of Latin America was born out of a similar body that included nine South American countries, founded in December 2000 to combat money laundering. After the 9/11 terrorist attacks in the United States, the group broadened its reach, to include terrorism financing.

GAFILAT now counts 16 Latin American nations as members. It functions under the umbrella of the global Financial Action Task Force (FATF) created in 1989 by the Group of 7 to fight money laundering on a global scale.