The 12-round fight is scheduled for 9 p.m. ET (7 p.m. Costa Rica time) at Barclays Center in Brooklyn, New York, and will lead into the night’s main contest between former world champions Amir Khan and Chris Algieri.

Despite beating Mexican Sergio “Yeyo” Thompson in December, Tiquito lost his interim junior lightweight belt because he missed the weight of 130 pounds.

Vásquez enters the fight with a 34-1 record and 18 knockouts. He won his last five fights, and at the age of 27, he is ranked as WBA’s No. 2. His only loss came against Takashi Uchiyama back in 2012.

Fortuna, ranked third in the WBA, is currenlty undefeated in 27 professional fights with 20 wins by knockout, the last in December when he beat Puerto Rican Abner Cotto in just five rounds.

On Tuesday evening the boxers faced off near Brooklyn Bridge Park, where they participated in a promotional photo shoot.

At a press conference on Wednesday, Fortuna said he is extremely confident and predicted a knockout. But Tiquito said he also is confident that he will return to Costa Rica as a world champion. 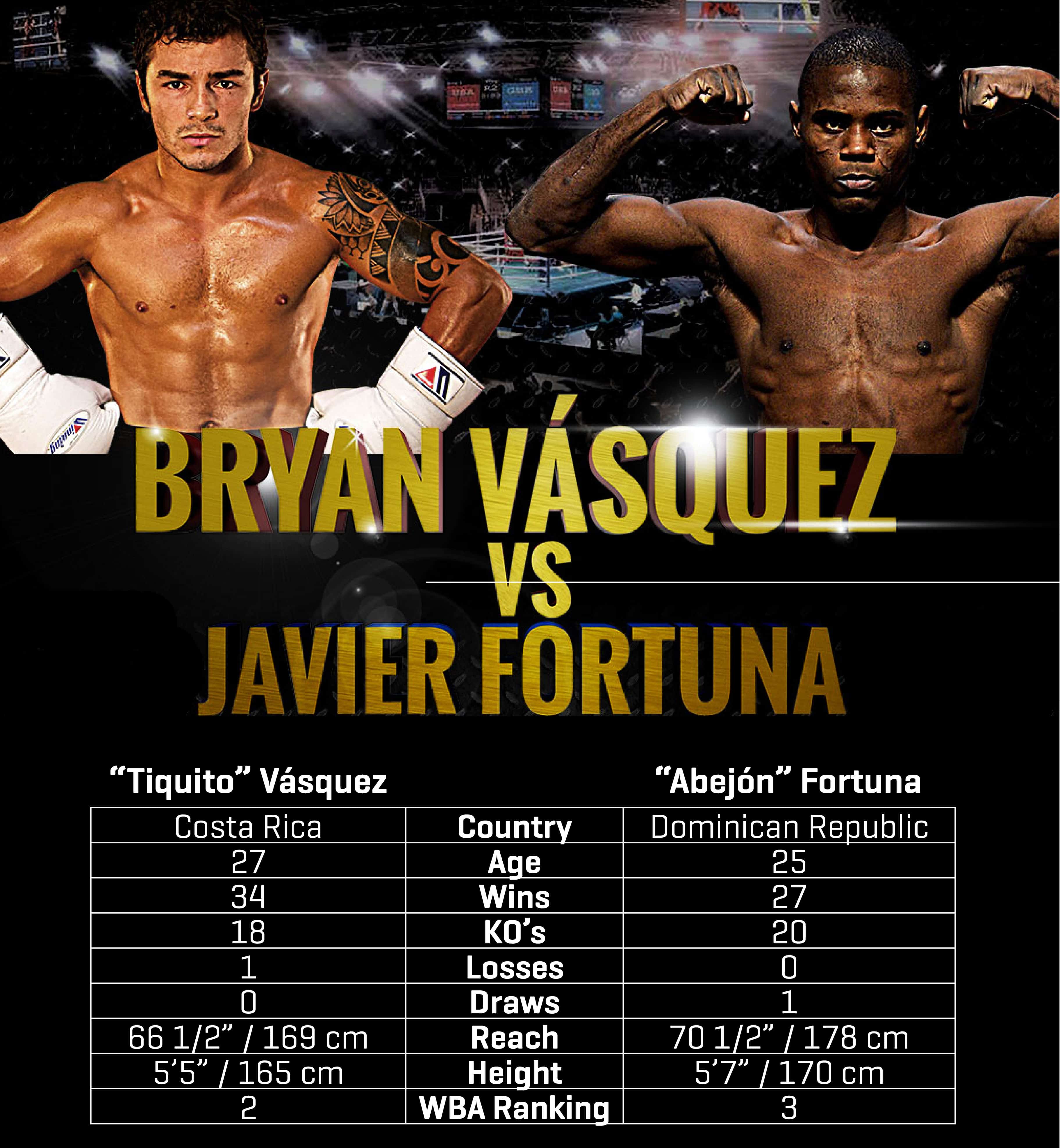