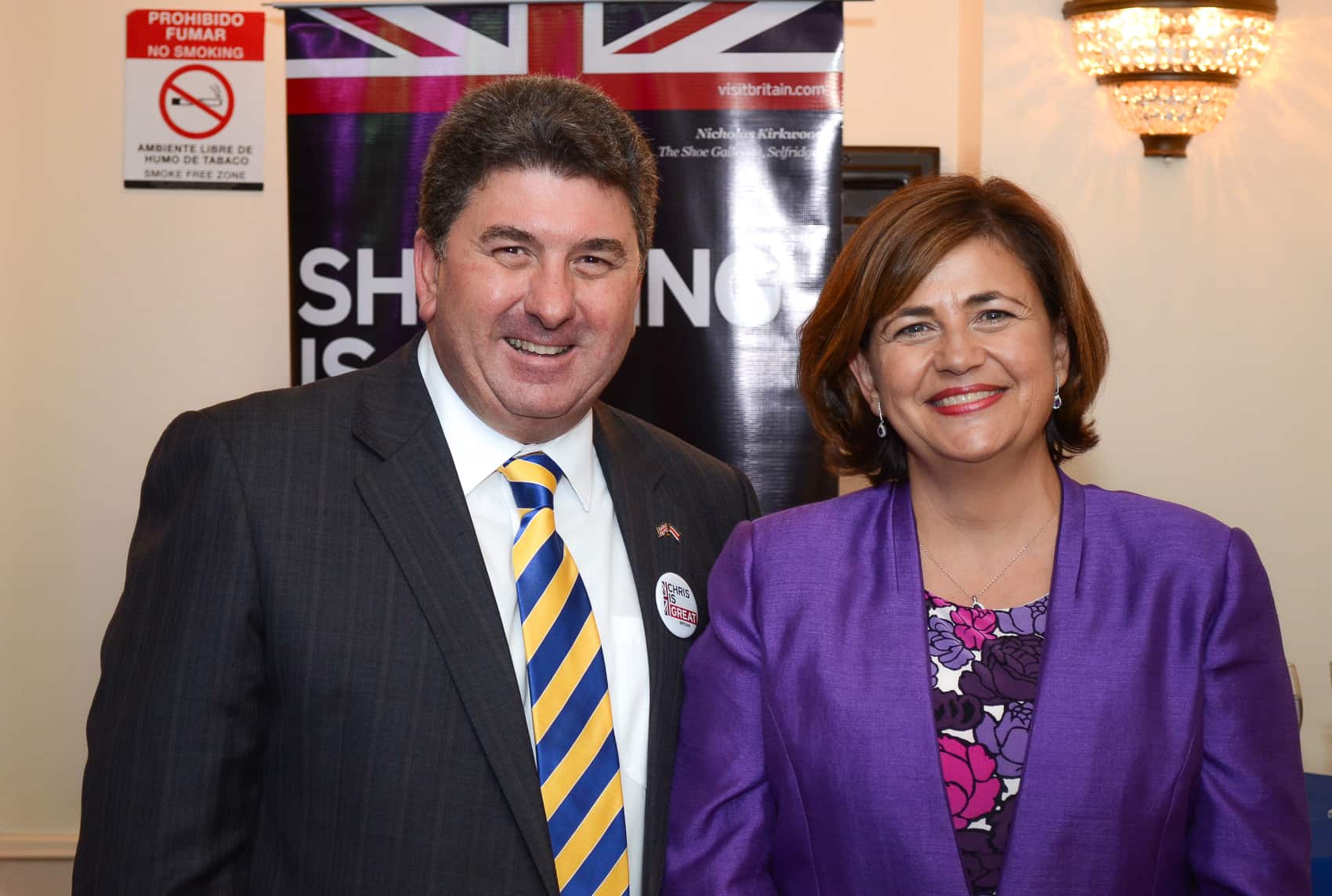 They were the dynamic duo. Four years ago, Sharon and Chris Campbell arrived in San José – she as the British Ambassador to Costa Rica, he as the British Ambassador to Nicaragua, where the United Kingdom does not have an Embassy. Since then, they have won attention for being both spouses and collaborators – what is known in diplomatic parlance as the “job-sharing model.”

On June 2, the Campbells will leave the British Ambassadors’ Residence in Escazú for the last time as they prepare for the next chapter in their shared life and career. The Tico Times caught up with Sharon Campbell just a few days before the couple’s 26th wedding anniversary to chat about their four-year tenure in Central America.

Where are you headed now?

The concept of job shares already existed in the Foreign Office. It’s up to the individuals to convince their hiring managers that they can make it work. Obviously we’ve managed to do that here – for example, today Chris has gone for a day to Nicaragua, while I’ve been able to carry on the work of the Embassy here. That’s more complicated when there’s one of you.

How many of these types of diplomatic power couples are there?

There are probably three or four at the ambassador level. In London, quite a number, but overseas the costs make it prohibitive. I’m not aware of any in other positions.

What have you learned about each other during this experience?

Although we’ve both been in the Foreign Office over 30 years each, we’ve never worked closely together. We’ve always been in different buildings. When we were in Brussels, Chris was in the North American Treaty Organization (NATO) and I was in the bilateral agency, so they were quite different spheres. I don’t think [each of us] knew how the other worked. The way you are at work and the way you are at home is generally different. I think I’ve learned in the past four years that Chris is very much an ideas person, and I’m more [skilled at] the execution of ideas. (Laughs.) I think we’ve learned we actually can work together, and work quite well. I think there’s also that part, though, about having the demarcation between how you are with one another at home, and how you are at the office.

But you’re doing it again?

Were Costa Rica and Nicaragua places that you felt you knew well before you arrived?

Not particularly. We’d worked in Venezuela before – very different. We wanted to come back to a Spanish-speaking part of the world, definitely. [As for] the specifics of Costa Rica and Nicaragua, we did a lot of reading up before we came here, but not before we applied for the roles.

So have there been any significant surprises over the period you’ve been here?

For me personally, I was very surprised at the overwhelming welcome. I wasn’t expecting people not to be welcoming, but I was just – as the Americans say – blown away. I was absolutely overwhelmed by how genuine people were. They wanted to make us feel at home. They wanted to share tips on where to go. It was just so open. It’s been like that here, and it’s been like that in Nicaragua.

What do you feel is a significant accomplishment? Something at which you can look back and say, “This is what we did in Costa Rica”?

Not surprisingly, as we’re in our last week and a bit, we’ve been doing a lot of reflecting on what we have achieved. I think it is the setting up of BritCham – the British Chamber of Commerce – and the students’ association, which is slightly more informal, but the fact that there’s now a network of students from the UK, and who studied in the UK, who get together and do projects. The training of the honor guard here – a lot of people have remarked on what a change that’s done in terms of the professionalism and the image. Supporting cricket here, supporting football in Alajuelita, and I think being able to attain funding for them to actually start up. Seeing those youngsters in the National Stadium, training with Fulham Football Club, when Fulham came out here, was something that felt so good and so special for them.

Has the stable environment helped you accomplish your goals?

Definitely. If you’re on the same page politically, you’re on the same page on human rights and on a number of the multilateral issues, then the fact that you can engage, of course that makes it a lot easier. I think one of the areas where we had a lot of focus was working with Costa Rica on their OECD [Organization for Economic Co-Operation and Development] aspirations, and bringing specialists here to help with developing a more transparent business operating environment. That’s going to be an ongoing process, but we’ve got some good feedback from the government and the OECD about how that’s progressing. There are areas where we’ve got expertise that we can share, but it’s been about open doors, not trying to battle our way in.

What changes do you anticipate in Haiti and the Dominican Republic?

It’s going to be quite different. On the Haiti side it will be more based on institution-building, reconstruction, and United Nations peacekeeping. I think the Dominican Republic is going to be far more like the work we’re doing here in Nicaragua. Yes, there’s poverty in Nicaragua, it’s the second-poorest country in Latin America. Haiti is the poorest. But between Nicaragua and Haiti [there] is an enormous difference.

What souvenirs are you taking with you?

Well, the pictures and a few personal belongings.

We do! Everything in the residences is provided by our government, so all we have are the things that make a place personal. We have a mix of Nicaraguan art and some Costa Rican art as well. When I was thinking of what we’re taking away that will always remind us of here, it’s between the artwork and – funnily enough – some of the dinner service and tea sets, stuff like that. Tropical-type things. When you sit there, and you’re having a meal together, it brings back all the happy memories.