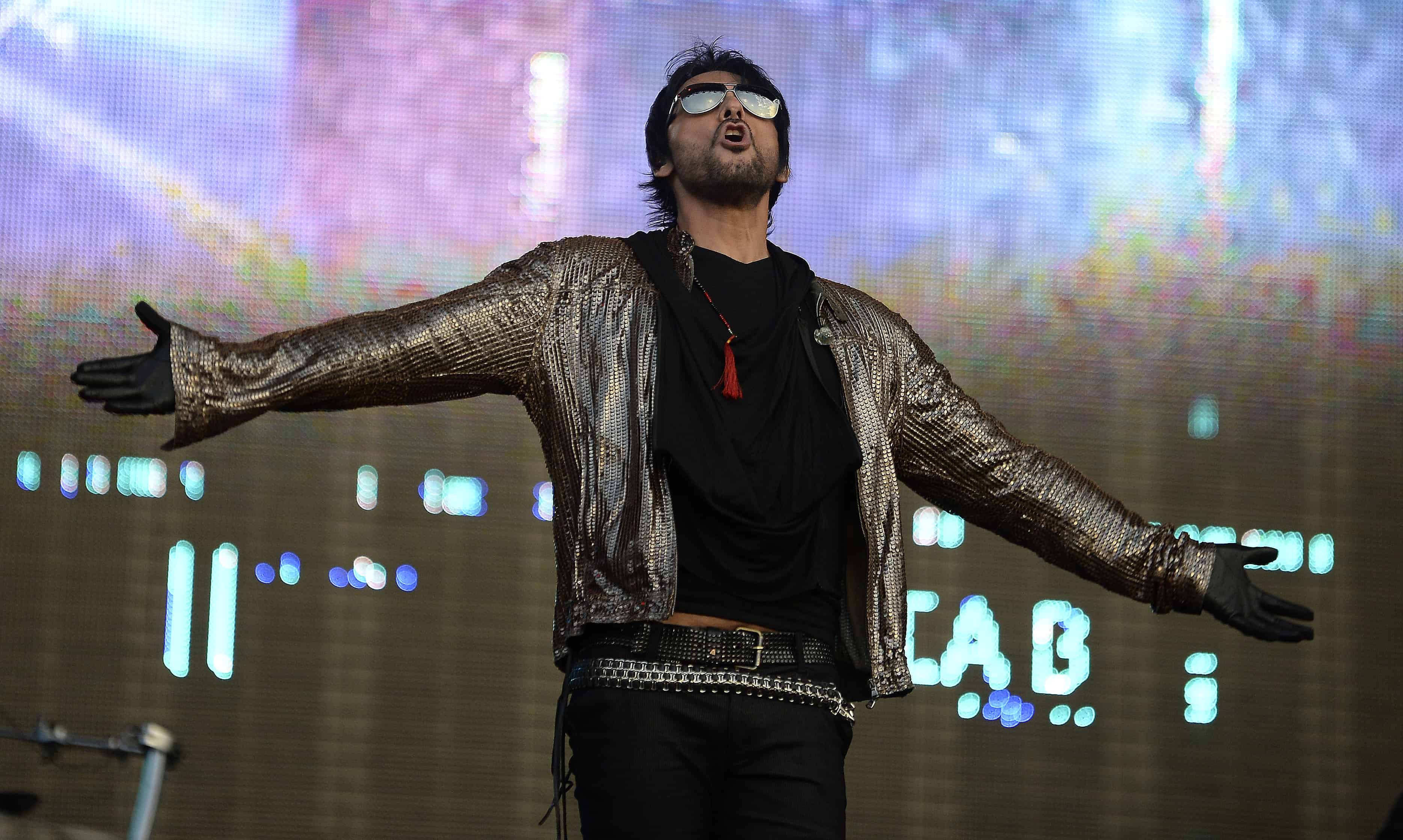 Beto Cuevas of Chilean rock band La Ley performs during the fourth day of the Vive Latino music festival at the Foro Sol in Mexico City, on March 30, 2014. (Alfredo Estrella/AFP)

The Chilean rock band La Ley said Wednesday that it will reschedule its concert originally set for this week in Costa Rica for June 20. The concert was cancelled — along with other major international acts — amid the chaos that tanked this year’s International Arts Festival.

Band leader and vocalist Beto Cuevas told reporters that La Ley had a “debt” with the Costa Rican public, which in the past has received the band warmly.

“We wanted to play now but I know that in June the concert will have a special energy,” Cuevas said at a news conference. He was accompanied by producer Gustavo Pacheco, who hired the band for the festival.

La Ley was supposed to play Thursday in Desamparados, south of San José, but the show was cancelled because organizers failed to find a way to provide lights and speakers after the company originally chosen to do so pulled out.

Organizers were also forced to cancel Argentine musicians León Gieco and Miguel Mateos. Those musicians never got on a plane, but members of La Ley arrived in Costa Rica earlier this week.

Pacheco, the producer, said the rescheduled show would take place at the Antigua Aduana.

Culture Minister Elizabeth Fonseca told daily La Nación on Wednesday that the Costa Rican government would have to assume minor costs — including airline tickets and venue rental — beyond the ₡100 million ($188,000) it had already agreed to pay the group.

But she said La Ley had agreed not to seek indemnification for the schedule change.

Fonseca said 3,400 tickets to the show would be distributed free among the residents of Aserrí, Desamparados and Acosta — the three communities where FIA’s main events were supposed to take place. Another 1,800 will be put up for sale, La Nación reported.

The Culture Minister said Miguel Mateos would be rescheduled for June 18 and León Gieco for June 19 and 20, both in the Antigua Aduana.

The festival fiasco has led many artists, angry citizens and lawmakers to call for Fonseca’s resignation.