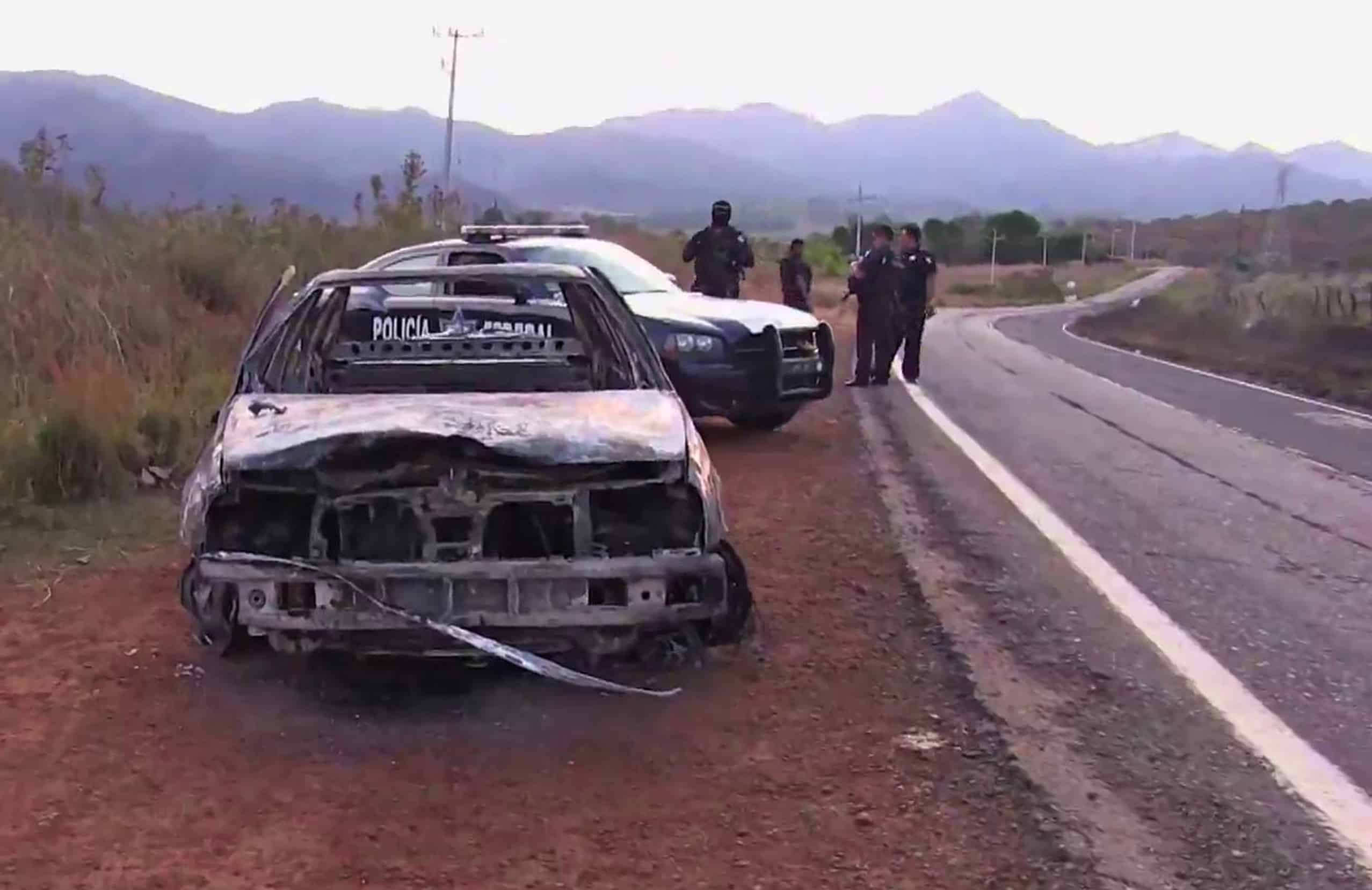 Grab taken from a video of policemen inspecting a burnt police vehicle on April 7, 2015 on a Jalisco state road, Mexico, where at least 15 police officers were killed in an ambush carried out by a gang called "Jalisco New Generation Drug Cartel." (Ivan Israel Orozco Garcia/AFP)

The Jalisco state prosecutor’s office said the banners were placed in several locations with a message that seeks to “gain the empathy of citizens.”

“We call on the population to ignore these messages. Solidarity with those who seek peace, not those who live off violence,” the office tweeted, adding that the banners were from the “same criminal group that cowardly” killed the 15 officers.

One of the banners is signed CJNG, the Spanish initials of the New Generation Drug Cartel. It states that it supports the population and its only problem is with their enemies, the Zetas and Knights Templar cartels, and “abusive” authorities.

Officials say the Jalisco New Generation drug cartel was behind the April 6 ambush against a state police convoy on a rural road in Jalisco, marking the deadliest day for Mexican security forces in recent years.

Security experts say the attack showed that the New Generation gang is well-armed and probably has military-style training, raising concerns of an escalation of violence in Jalisco.

Two days after the attack, the U.S. government slapped financial sanctions on the cartel and its close allies Los Cuinis, saying they rank among the most powerful gangs in Mexico.