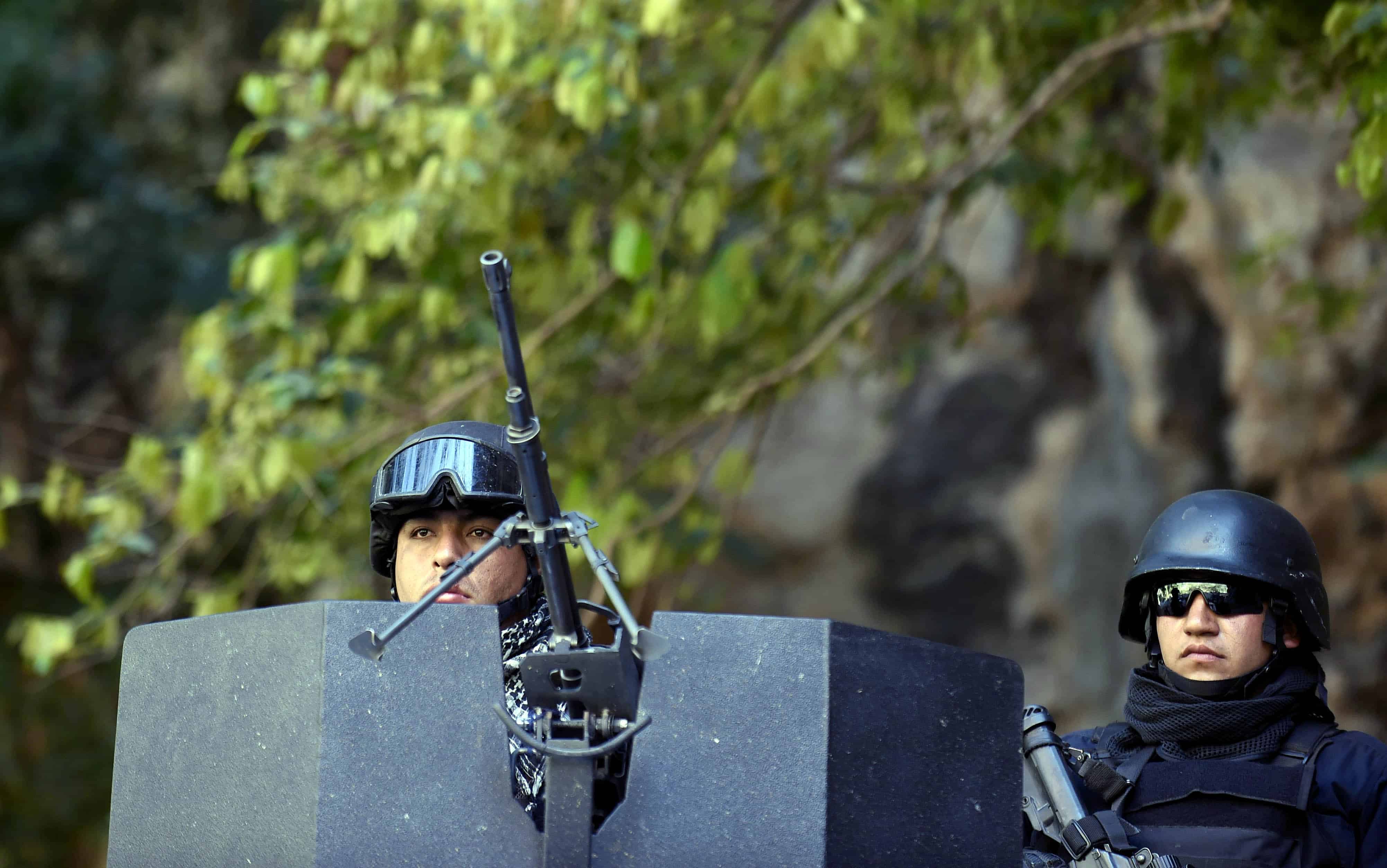 GUADALAJARA, Mexico — At least 15 police officers were killed in an ambush by a gang in western Mexico, an official said Tuesday, in only the latest attack against Jalisco state authorities.

Five more officers were wounded in the assault, which took place on Monday on a highway near the village of Soyatan as a convoy carrying the elite state police unit headed to Guadalajara, Mexico’s second biggest city.

“They died in a cowardly attack, which means that we can’t let our guard down,” said Francisco Alejandro Solorio Arechiga, Jalisco’s state security commissioner. “Fifteen of our colleagues lost their lives. Five officers were also wounded in this regrettable event, they’re all in stable condition,” he said.

The Jalisco state prosecutor’s office had reported the attack late Monday but had not confirmed the fatalities, saying only that several officers had been “hit by bullets.” Officials did not identify the gang but a security source told AFP that they suspect the powerful “Jalisco New Generation Drug Cartel” carried out the assault.

Authorities say the assault appeared to be in revenge over the arrest of gang suspects in an investigation into a failed assassination attempt against Solorio on March 30.

“These attacks are a reaction of organized crime after the attack against me,” Solorio said after a meeting of federal police, military and state security officials in Guadalajara.

Fifteen suspects are under investigation over the attack against Solorio. Four of them have been detained.

The assassination bid was itself a response to a March 23 operation in the town of Zacoalco de Torres in which three gang suspects were killed, the statement said. In a separate gun battle four days earlier, gunmen opened fire on a federal gendarmerie police convoy in the town of Ocotlan on March 19, leaving 11 people dead, including five officers, three suspects and three bystanders.

More than 100,000 people have died or gone missing since Mexico’s drug war began to escalate in 2006 with the deployment of troops to combat drug cartels.

The Jalisco drug cartel has fought violent turf wars with the Knights Templar gang in the neighboring state of Michoacan for years. The cartel emerged in 2010 after the death of Ignacio Coronel Villarreal, alias “Nacho Coronel,” the top leader in Jalisco for the powerful Sinaloa drug cartel.

Criminals have attacked other authorities in Jalisco in the past year. In September, a federal lawmaker was abducted as he drove to the airport near Guadalajara, Mexico’s second biggest city. His charred body was found hours later in a neighboring state.

In May, a group of 30 gunmen armed with grenades ambushed a military truck near the town of Guachinango, killing four soldiers.