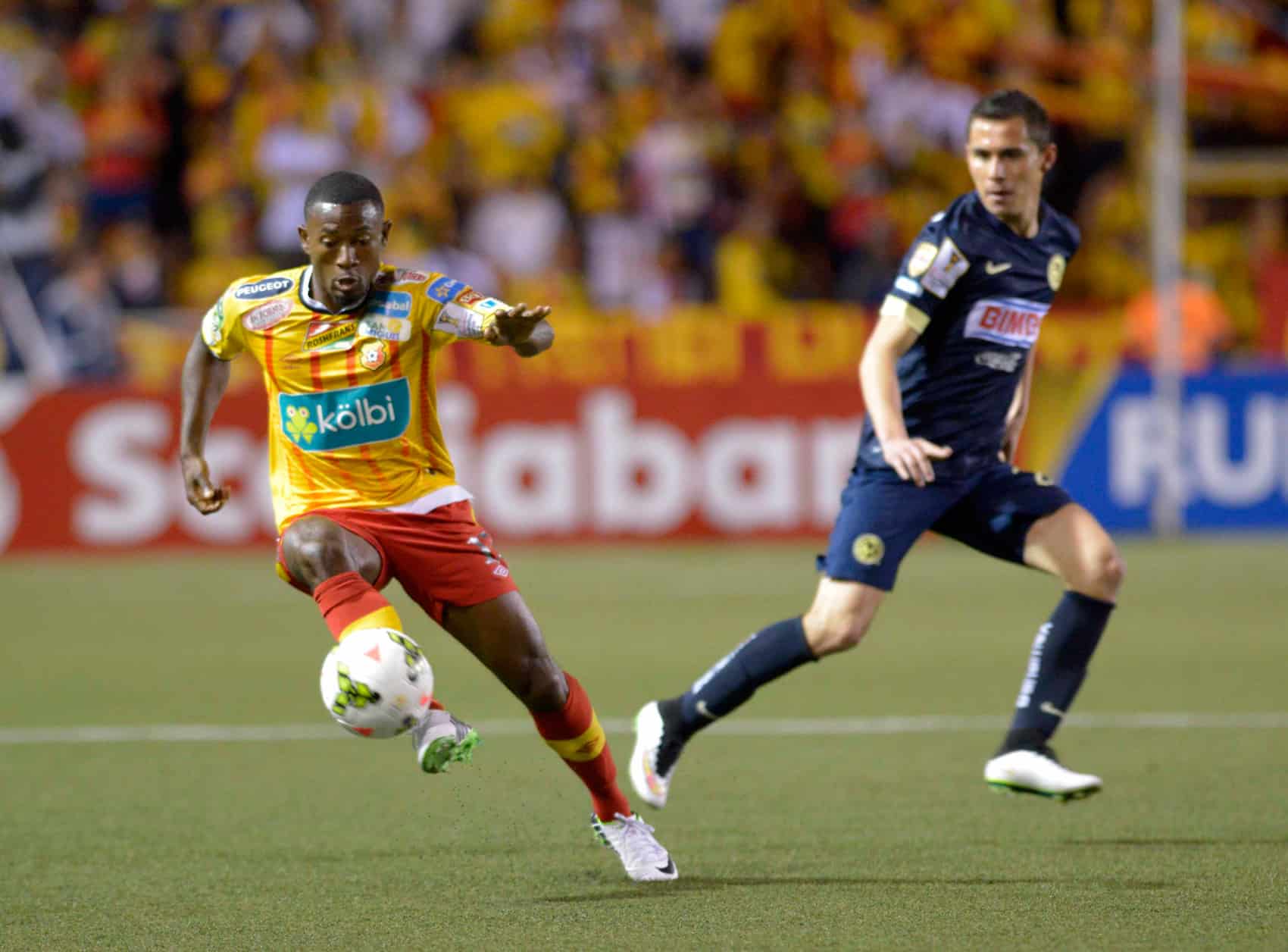 Heredia’s red and yellow won with goals from Esteban Ramírez at minute 52, Yendrick Ruiz at 69 and Jonathan Hansen al 81. The game was hard fought and América was left with one player down after Michael Arroyo was kicked out of the match in the first half for sending a Costa Rican player to the hospital.

Both goalies, Heredia’s Cambronero and América’s González, were hard pressed to guard the goal.

The match’s intensity almost erupted in a brawl, especially after Mexico’s Arroyo kicked Heredia striker Cristhian Lagos in the head at minute 27. The violent foul landed Arroyo a red card after both sides rushed the field.

Check out a Vine of the foul:

The Costa Ricans re-doubled their attack in the second half with the arrival of midfielder Elías Aguilar, who lead the offensive charge. After he hit the pitch, the Ticos were able to score their first goal with a shot from midfielder Ramírez.

América tried to come back but the ball hit the goal post.

The Mexicans’ efforts fell short after Ruiz headed in Heredia’s second goal with an assist from Verny Scott.

The packed stadium went crazy at minute 81 when Hansen headed in the third and final goal with a clear shot from Aguilar.

In the final minutes of the match, Heredia fans sang out the América team with the popular Mexican song “Cielito Lindo.”