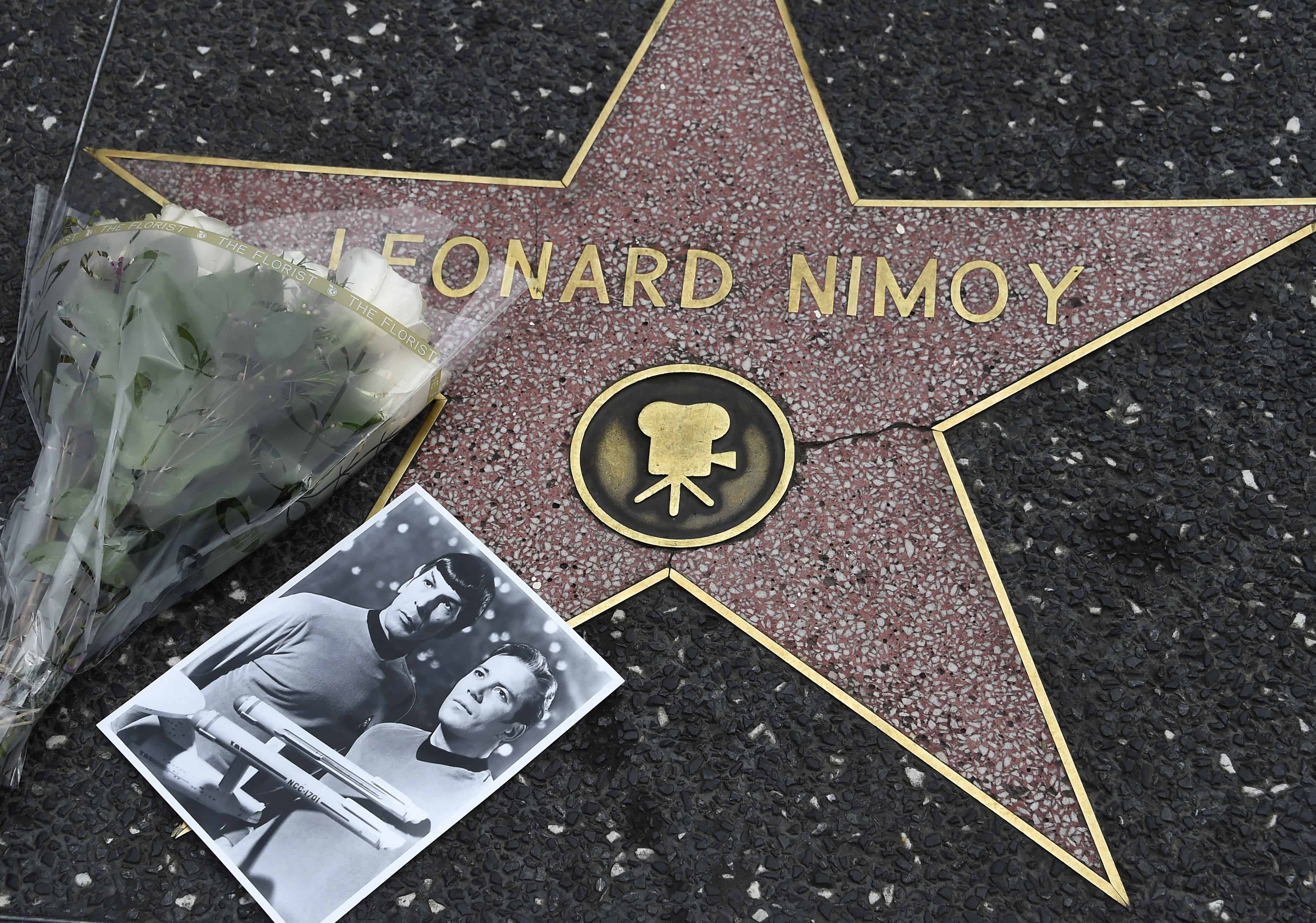 Flowers are placed on the star of actor Leonard Nimoy, Feb. 27, 2015 on the Hollywood Walk of Fame, in Hollywood, California. Nimoy, the actor globally famous for his role as Mr Spock on "Star Trek," died early February 27 at his home in the Bel Air section of Los Angeles. He was 83. (ROBYN BECK / AFP)

There are innumerable reasons to mourn the loss of Leonard Nimoy, the actor, photographer and director who died Friday at age 83. There was his performance as Mr. Spock, the highly logical, half-human, half-alien crewman in “Star Trek.” Or you might appreciate his pictures, which showed Nimoy’s eye for unconventional female beauty. More recently, there was his charming presence on Twitter.

But today, I’m reminded just how much I love “Star Trek IV: The Voyage Home,” the second movie in the franchise Nimoy directed, and a film for which I feel such affection that I once hosted a screening party for it at which I served a cake frosted to look like a Tribble.

It would be hard to make a straightforward argument that “The Voyage Home” was a good movie, precisely. As Janet Maslin noted when the movie first arrived in theaters, “(Nimoy’s) technical expertise leaves much to be desired (in one special-effects sequence with a huge spacecraft hovering over a fishing vessel, the spacecraft doesn’t even cast a shadow).” What “The Voyage Home” does have, though, is a sense of humor and the value of life that’s missing from so many contemporary science fiction and action movies. William Shatner, left, DeForest Kelley, center, and Leonard Nimoy pose on the set of the television series Star Trek in this undated photo. NBC via The Washington Post

The plot of “The Voyage Home” is fairly typical for first-generation “Star Trek.” A mysterious probe shows up, seemingly posing a threat to 23rd-century Earth. When the crew members of the Enterprise figure out that it’s speaking a whale language, they have to go back to 1986, before humpbacks went extinct, and find one to return to the present with them to figure out what the probe is trying to communicate.

Their arrival in San Francisco is fraught with all sorts of cultural miscommunications, many of them surprisingly sophisticated and funny for an action movie. At one point, trying to explain away Spock’s clothes, Kirk (William Shatner) tells an incredulous observer that Spock was “part of the Free Speech Movement at Berkeley” and is still working off the effects of his drug consumption from the period.

And when they do locate a pair of whales, Spock and Kirk have to persuade the human oceanographer (Catherine Hicks) who studies the animals to view her charges with more respect. “They like you very much, but they are not the hell your whales,” Spock informs her after a chat with the humpbacks. It’s the rare genre movie that makes a point this obscure, and this political: that humans ought to think of animals as fellow citizens of our planet, deserving of protection and consideration, rather than as objects to be exploited or studied.

Since the “Star Trek” franchise was revitalized with different actors playing Kirk, Spock and their fellow crew members in 2009, the new movies have preserved the great interplay between the classic characters. But they’ve largely sacrificed the commitment to exploration and problem-solving that defined early “Star Trek” shows and movies.

Saving humpback whales would barely count as stakes in “Star Trek” and “Star Trek Into Darkness,” which feature the same kind of citywide destruction and bone-crunching slugging matches that appear in so many other science fiction action movies. These movies are fun, but they aren’t distinct in any particular way, and they certainly aren’t meaningful.

With “The Voyage Home,” Leonard Nimoy gave me a constant reminder that science fiction can be something more; that it can be sweeter, and sillier, and more expansive in its thinking about what makes the world wonderful and valuable. What does it profit us, after all, to save the world if we lose our whales?