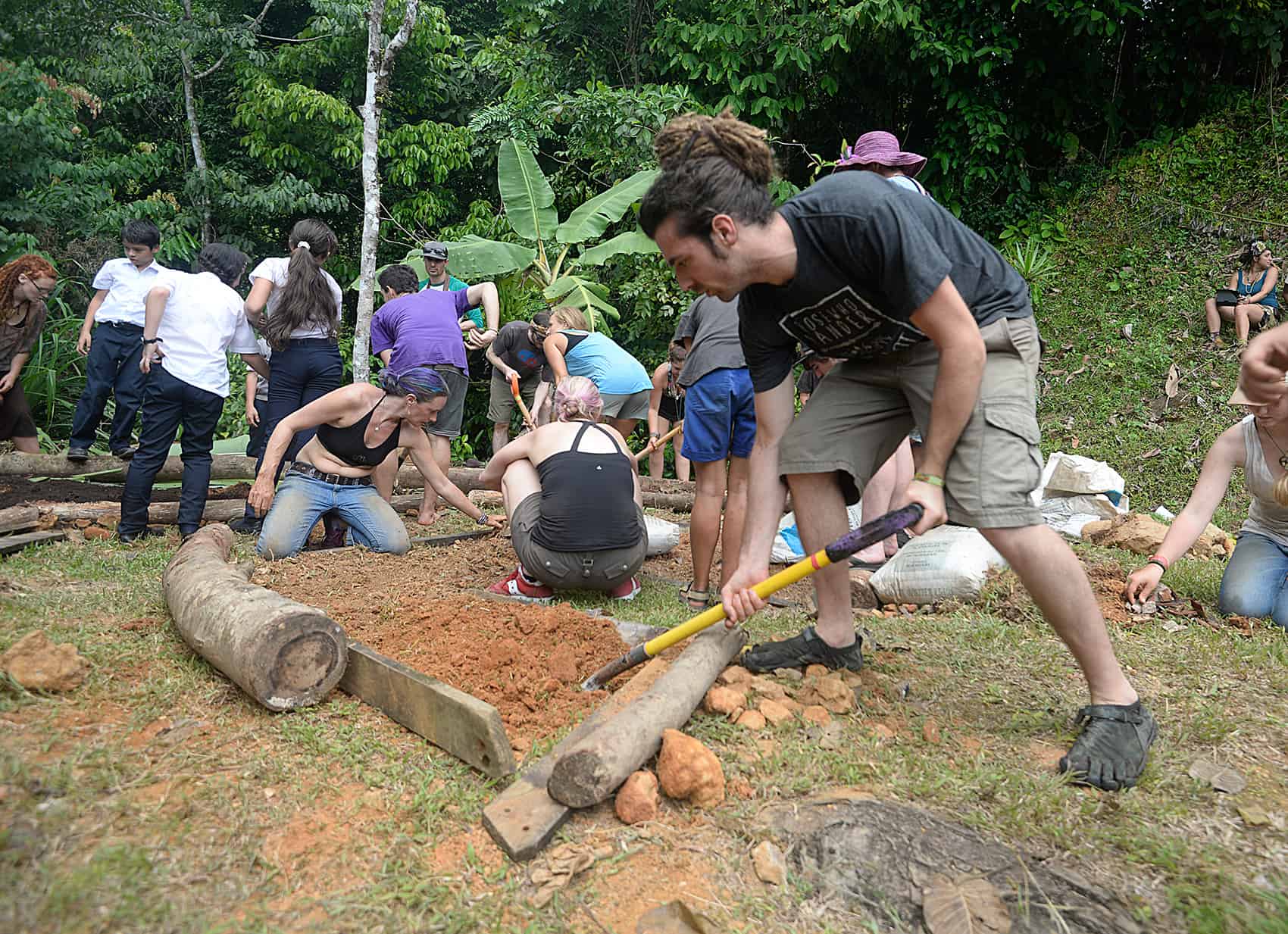 Envision Festival kicked off its fifth edition Thursday in the Southern Pacific beach town of Uvita with a long line but mostly high spirits. It took some attendees as long as five hours to get into the sold-out event, but they weren’t letting the hot sun and long wait get them down: People were making new friends and painting signs, and one man even took it upon himself to entertain those around him with a magic show. Sporadic cheers and song broke out throughout the day to keep the mood elevated.

The renowned festival sold out on Tuesday for the first time in its history, with approximately 4,200 tickets sold and an estimated 5,500 total participants. There are no tickets at the gate, and many people without tickets were turned away throughout the first day. Even with most of the attendees outside in line, waiting to get in, the first yoga class was packed, and yogis were spread out on their mats and towels in any shady spot as far as the sound reached.

Also for the first time, Envision Festival hosted a Permaculture Action Day the day before the festival in Uvita, in order to mobilize the music and festival community for a greater cause and to make a difference in the community that hosts the event. David Sugalski, Stephen Brooks, and Ryan Rising organized and initiated three projects each at two schools and an extracurricular education center: planting fruit trees and gardens, painting murals, and sharing song and dance with the students.

More stages, structures, shade, and socializing areas have been added this year. The ground is not as uneven as last year and the reorganized layout is flowing much better. As of Thursday afternoon, many structures were still under construction.

The official opening ceremony was set to begin after sunset at the Luna Stage, followed by the first musical acts; music and workshops will continue almost 24 hours per day until the closing sunset ceremony on Sunday. Many post-festival events are planned as well – and if you’re already thinking about next year’s festival, keep your eyes peeled, because Envision 2016 tickets will go on sale in just a couple of weeks.

Check out the Envision Facebook page for more info.