Sometimes it seems that those who yell the loudest receive the most attention.

All of Costa Rica is watching as striking dockworkers march through the streets of the Caribbean port city of Limón and burn photos of President Luis Guillermo Solís. But on the quieter corners of Limón, residents quietly stew with their own opinions.

A Tico Times reporter took a stroll down Limón’s main boulevard Monday and asked local residents what they think about a proposed $1 billion Moín Port expansion project at the center of the controversy. Here’s what they said: 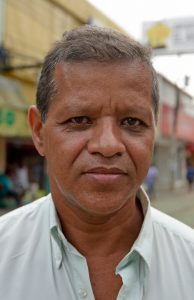 On the port expansion: For me the expansion seems like it will be a huge benefit. We really need work in this province and this will bring work. I work in customs and I know the problems with the current port – this is something we need.

On the strike: The strike has been very bad for us. The vandalism has brought negative attention to Limón, and that can only be bad for the province. 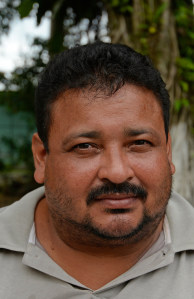 On the port expansion: I think it’s good because there are no jobs here. I will support anything that brings more work to Limón.

On the strike: I was sitting here in the park this morning when they were marching, and they have all of these signs and chants that say “For Limón” and “For Limonenses.” This isn’t a Limón movement. They don’t speak for me. There are people here who are without work and without food to eat, but you have JAPDEVA strikers marching through the streets complaining. 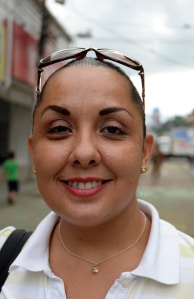 On the port expansion: I’ve always supported the idea of expanding the port. We in Limón are forgotten by the rest of the country, but something like this will make the province more important and open up new markets for the whole country.

On the strike: I think it’s stupid. I know that’s not the best word to use, but it is just stupid. How can you not support something that is going to benefit the entire province like that? I am against the strike. 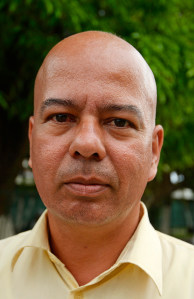 On the port expansion: I think expanding the port is a great idea because it will bring more jobs, but I am opposed to the contract that gives APM Terminals exclusive rights. Once the port is expanded we should have free competition. There’s a lot of unemployment and I am not against development, but I am against giving APM exclusivity.

María Dobles, 29 (requested not to be photographed)

On the port expansion: I think it’s bad for us because it gives all of the benefits to a foreign company instead of to Costa Ricans. If they want to expand the port they should make it so it benefits Costa Rica.

On the strike: The way that they are conducting the strike has been bad for us and brought negative attention, but if that is what needs to be done for our voices to be heard then I support it.

Victoria Fernández, 57 (requested not to be photographed)

On the port expansion: I think it’s good because I think it will bring jobs here. It will bring development to the whole country, but especially to this province where we need it most.

On the strike: The strike is making the province look bad. People need to understand that that isn’t the entire community, but just a few of the people in it who are getting all of the attention.

Follow ticotimes.net for full coverage of the port expansion project.