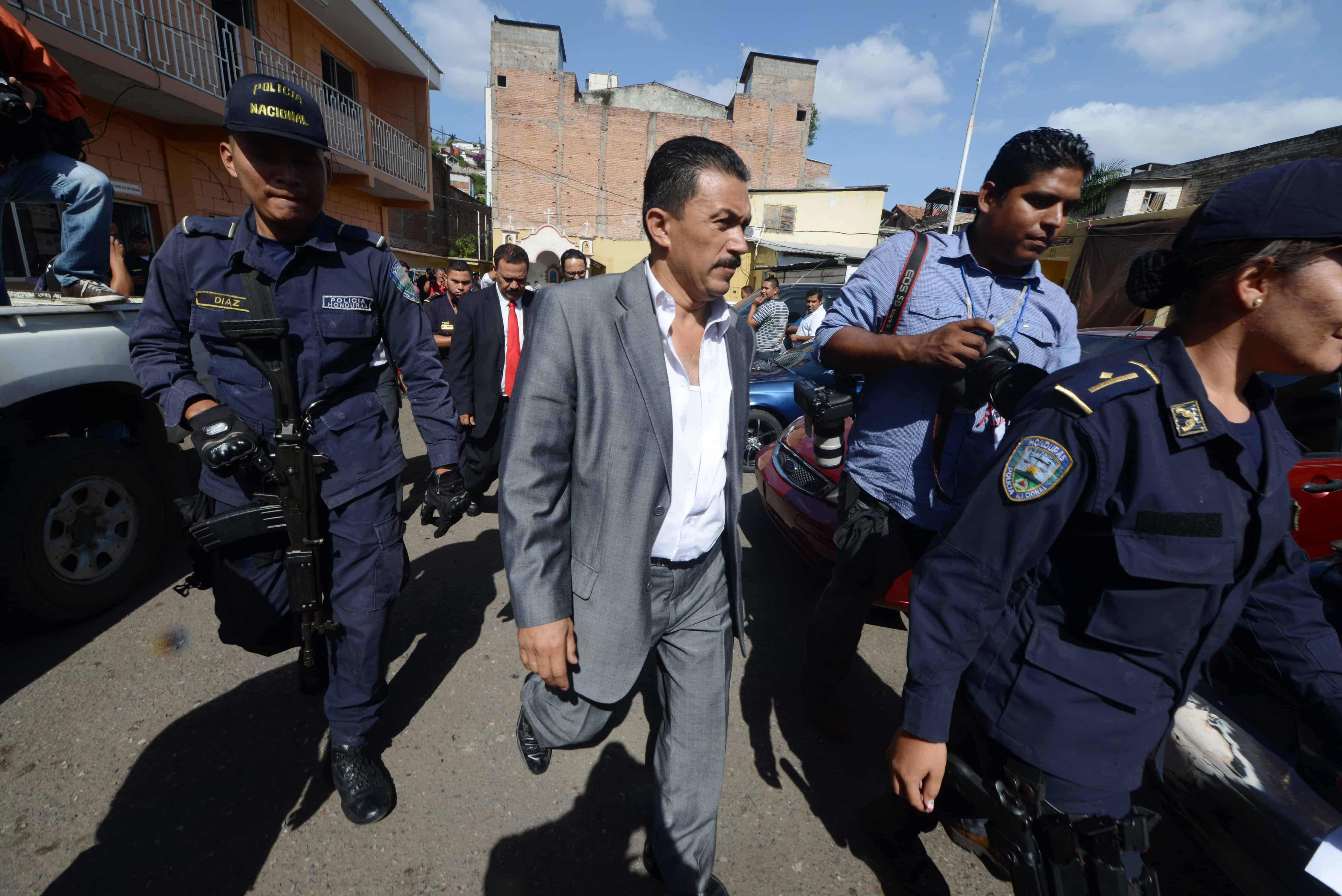 Honduran journalist and congressman for the Libertad y Refundación Party (LIBRE) Luis Galdamez, center, is arrested and accused of shooting to death a taxi driver in Tegucigalpa on July 16, 2014. He claims it was self-defense. (Orlando Sierra/AFP)

TEGUCIGALPA, Honduras – A Honduran lawmaker and former journalist has been arrested after allegedly shooting to death a 35-year-old taxi driver and father of three during a roadside argument, the latest violent death in a country with the world’s highest murder rate.

Opposition lawmaker Luis Galdamez, from the Libertad y Refundación Party (LIBRE), was driving the wrong way down a one way street when his path was blocked by a taxi driven by Marvin Sánchez, according to the chief of the highway police.

The men exchanged words and came to blows, at which point Galdamez opened fire with a handgun, killing Sánchez, said Quintin Juárez, the police chief. According to the Honduran daily El Heraldo, citing witnesses, Sánchez’s dying words to his attacker were: “Pucha hermano, voté por vos y me heriste,” or “[Expletive] brother, I voted for you and you hurt me.”

Sánchez was buried on Thursday in the municipality of Cantarranas, east of the capital, El Heraldo reported.