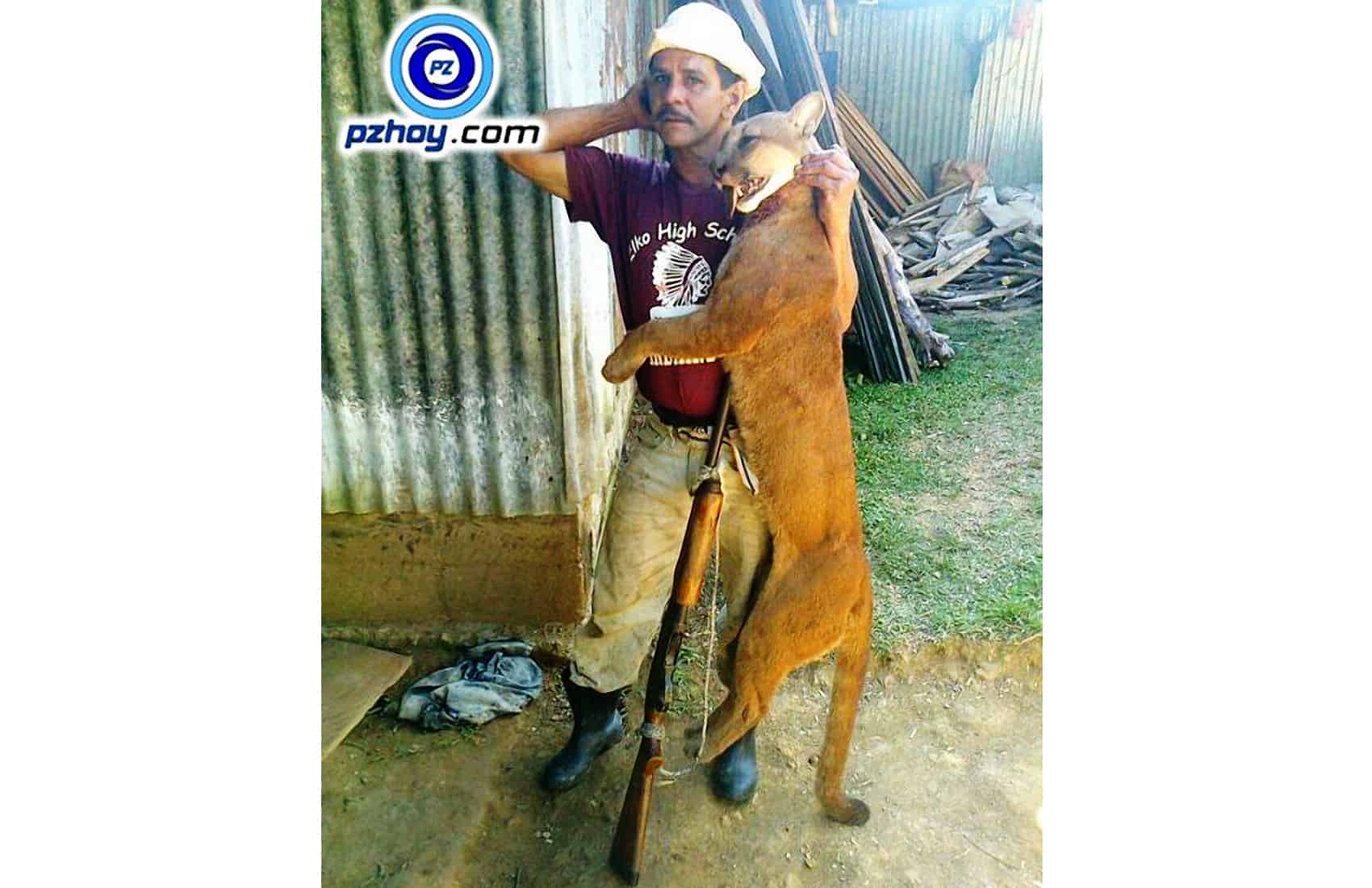 The digital newspaper pzhoy.com published this picture of a Southern Zone hunter. The photo was sent by one of their readers. ((Courtesy of pzhoy.com))

Prosecutors in the southern Pacific canton of Buenos Aires, in the province of Puntarenas, are investigating a local man for allegedly killing a Costa Rican cougar (Puma concolor costaricensis), an endangered species in the country.

The investigation began after a photograph of the man holding the body of the dead cougar as a trophy next to his shotgun appeared in a story published by the digital newspaper pzhoy.com.

“We received the photograph attached to an email from one of our readers,” the site’s webmaster Randall Chávez told The Tico Times.

Agents of the Judicial Investigation Police (OIJ) along with members of the National System of Conservation Areas used the information in the email to identify the man and opened an investigation on the case that reportedly occurred in late April.

Earlier this month OIJ agents arrested the man following an inspection of his property located in the rural community of San Luis de Chánguena in Buenos Aires.

The man, whose identity was not disclosed, was charged with a violation to the Wildlife Law, and a copy of the picture was filed as evidence before the local court.

The legal process against him initiated in early May, and he was released with preventive measures, OIJ’s press office confirmed.

Hunting for sport was banned in Costa Rica in 2013 when ex-President Laura Chinchilla signed a law setting fines for hunters of up to ₡1.5 million ($3,000) and up to ₡900,000 ($1,800) for people caught trafficking wildlife species.

The law allows hunting for personal consumption in limited circumstances, scientific research or wildlife population control, and it does not affect sport fishing, a popular tourist activity in the country.