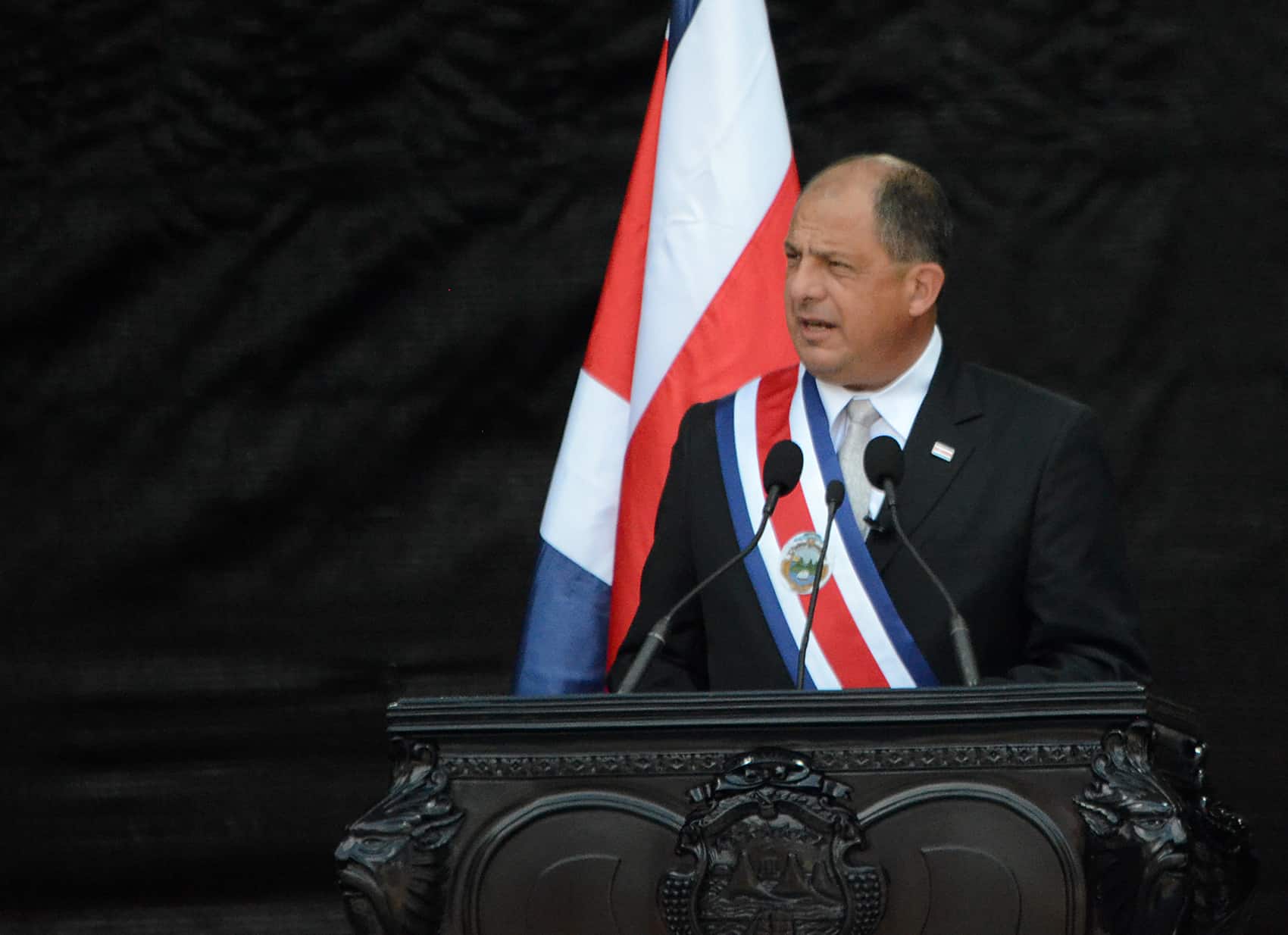 After coming from behind the pack in a first round of elections, President Luis Guillermo Solís, 56, ran practically unopposed in an April runoff. From the information gleaned from his detailed platform and public comments, here are a few things we can likely expect (and not) from the Solís administration:

To combat the influence of the ruling National Liberation Party (PLN) during his campaign, Solís emphasized the party’s perceived trend toward corruption, offering change if elected. Solís has promised immediate action against official corruption once he takes office, but just how he’s going to root out what has become an entrenched political reality will be interesting to observe.

2. Attempts to cut the deficit

Vice President Helio Fallas, who also will serve as Solís’ finance minister, has been outspoken about his goal to cut Costa Rica’s fiscal deficit by 1 percent within the first year. (Costa Rica’s deficit stands at about 6 percent.) To do this Fallas said he will improve tax collection and reduce government spending. Solís has ruled out immediate tax hikes, and he has downplayed the urgency of passing broad fiscal reform right away. This may be a smart move, given that one of outgoing President Laura Chinchilla’s first priorities upon taking office in 2010 was a fiscal reform package. When that failed because of a ruling by the Constitutional Chamber of the Supreme Court and legislative infighting, it was Chinchilla’s administration who took the political hit.

As the Chinchilla camp was quick to note, Solís appointed outgoing Public Security Vice Minister Celso Gamboa as his public security minister. That appointment likely marks his administration’s desire to continue with the former president’s successes in public security strategy, which has led to more high-profile busts and a drop in Costa Rica’s homicide rate.

Exactly a month before his inauguration, giants Intel and Bank of America announced they would shut down their operations in Costa Rica, cutting 3,000 jobs. The loss spurred Citigroup to cut Costa Rica’s economic growth forecast down to 2.2 percent. That, combined with a weakening of the colón by 8 percent against the dollar, has left Solís with the immediate task of addressing these problems. He has indicated he quickly will travel to the United States to court foreign investment, and his governmental plan makes clear that he isn’t going to rock the boat on this front.

For several years, the Costa Rican Social Security System, or Caja, has been teetering on the verge of bankruptcy, threatening the country’s national health care system. Solís has promised to reform salary structures for Caja managers, move the Caja and its hospitals and clinics to digitalized records and archiving, and seek investment to fix the infrastructure and service problems plaguing the institution. The good news is that Caja reforms are supported by lawmakers from the Social Christian Unity Party and Broad Front Party in the Legislative Assembly, opening the door to consensus on the issue.

Solís wants to see a greater commitment from neighboring countries in Central America for economic and trade integration. Also, look for more interaction with the Organisation for Economic Co-operation and Development and a continuing of Costa Rica’s goal of joining the Pacific Alliance, a Latin American trade bloc.

Solís may be an astute negotiator and a consensus-builder with powerful business sectors, but his heart is with Costa Rica’s working folk, the middle class, and Ticos living in poverty. He has said he is committed to reduce poverty levels and promote social equality. Like all candidates, he aims to accomplish these things, in part, by promoting economic growth and by creating new jobs. But he also has said that without extending the benefits of growth to everyday citizens – and especially the poor – the social discontent that knocked out Costa Rica’s ruling party from power will continue, and Costa Ricans will lose faith in their democratic political institutions.

Solís quickly ruled out the possibility of the legalization of illicit drugs such as marijuana and cocaine during his term as president, citing the need for more debate on the issue. Rather than push for legalization, Solís said he hopes to foster a healthy discussion about the pros and cons. From his statements after meeting with Guatemalan President Otto Pérez Molina, a military man who openly advocates legalization, Solís doesn’t appear anywhere near being convinced an end to the drug war is a good idea. But he’s also a brilliant political strategist, and his drug war policies might have a few surprises in store.

Improved animal welfare was one of Solís’ main campaign promises. With a dog fighting ban bill now on the president’s desk for signing, it could soon become law. President Laura Chinchilla left the bill unsigned, meaning it could be one of Solís’ first accomplishments as president.