A vote for Costa Rica 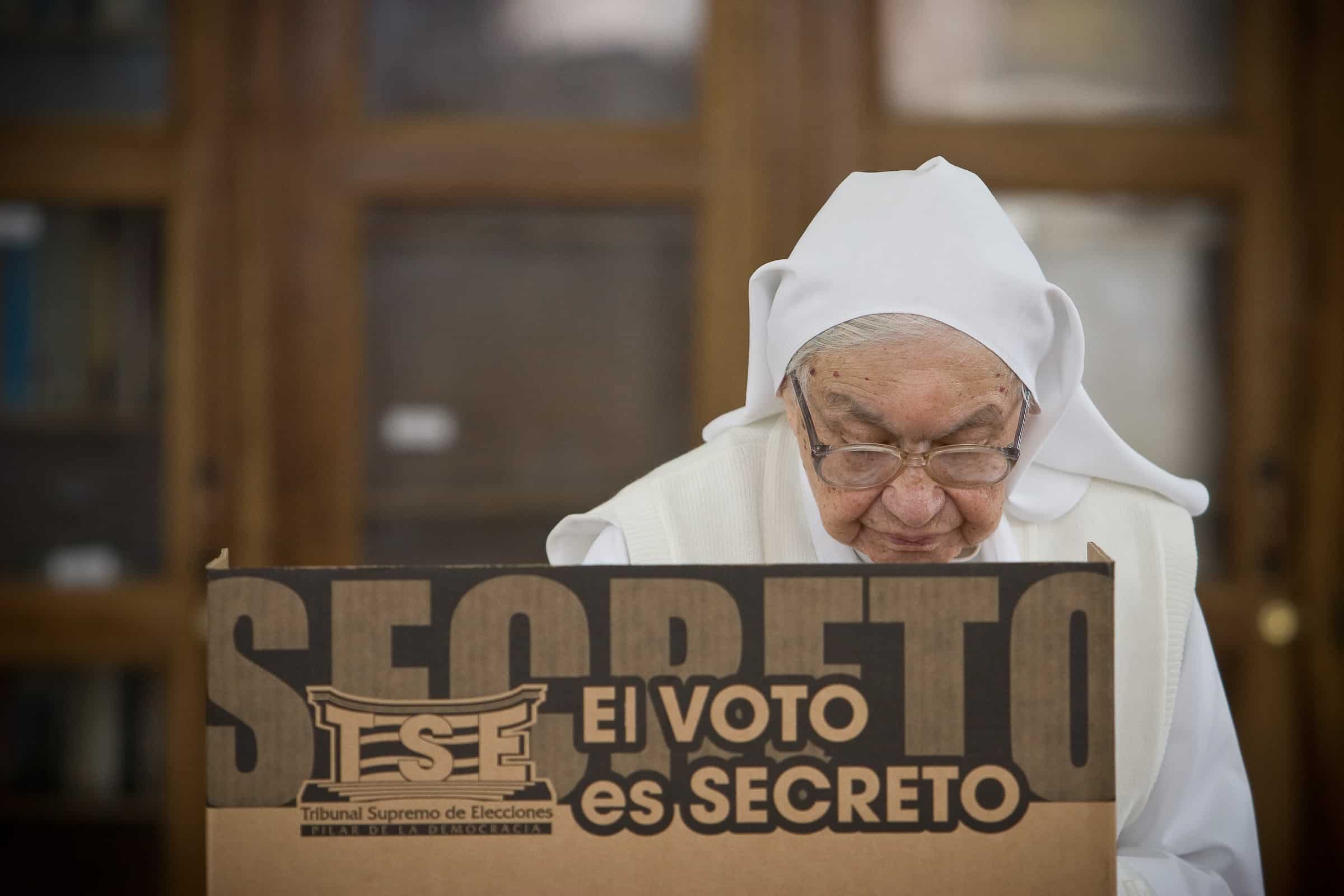 National elections are about many things: ideas, public policies, political parties, voters, candidates and country. Part referendum on the past, part hopeful anticipation of a better future, every election offers a choice between continuity and change. Providing voters with a national fountain of youth where they can return again and again to embrace their political heritage, remember their founding leaders, and honor their political history and original documents, elections are how democracy renews itself. And citizen participation and voter turnout is one important measure of the health of any nation’s democracy.

Many Costa Ricans in recent years have chosen not to participate in national elections. This despite the fact that they are compelled to do so by their constitution. More than illegal, not voting signals that democracy itself may be in ill in Costa Rica, the place in Latin America where it has thrived most vigorously. In Costa Rica, kids learn at an early age the importance of elections and democracy. Here a young girl participates in the children's election at the National Children's Museum in San José in 2010. Ronald Reyes/The Tico Times

After hovering near 80 percent for three decades, voter turnout has fallen to between 65 and 70 percent for every first-round election since 1998. This disturbing trend could be even more pronounced in this upcoming April 6 runoff as many have concluded that the election result is a foregone conclusion and they need not bother to exercise their vote.

But every Costa Rican citizen has promised to participate, having given their tacit consent to support the constitution and the laws of the land. This constitution not only requires citizens to vote, but also requires them in extraordinary circumstances to vote twice in a short two-month period. The wisdom behind such a move rests with the original authors of the 1949 constitution who sought to ensure that any Costa Rican president would have a legitimate foundation to govern based upon the only true source of sovereign power in a democracy: the people.

While many litigiously guard the individual freedoms that a democratic constitution guarantees, they do not always see the connection between their individual rights and the equally important duties and obligations the constitution requires of citizens. When called upon to vote, they find they have no time; but without a vigorous and energetic exercise of citizen duties, including voting in elections, the state lacks the legitimate basis of power from which to protect the very same individual rights citizens so jealously guard. In such a condition, democracy can become imperiled, and the individual rights citizens insist upon become as disrespected and unenforceable as the constitutional requirement that citizens vote.

Costa Ricans have little excuse not to vote on Election Day. Neither in February nor in early April is the weather a deterrent. Most also enjoy easy access to polling places in which to exercise their political freedom, a fact too easily taken for granted.

In the historic 1994 South African elections, black South Africans stood waiting overnight in lines that stretched for miles just to be able to cast a vote for the first time. Other so-called “democracies” have employed legal maneuvers to make voting more difficult. In 2012, Desiline Victor, then a 100-year-old voter from Miami, Florida, waited on line for more than three hours to vote for U.S. President Barack Obama. Others waited more than six hours before being able to cast their vote in the same U.S. election.

Since the 2012 U.S. election, governors and legislatures in North Carolina, Florida, Virginia, Ohio, Wisconsin, Pennsylvania and Texas all have changed voting regulations and poll access in what most analysts conclude is an anti-democratic attempt to repress minority voter turnout. Costa Ricans face no such barriers to express their political preference, and when so little time and effort is required to vote, Ticos should do so as a celebration of an efficient democratic system. Guests applaud 102-year-old Desiline Victor, center, after U.S. President Barack Obama mentioned her ordeal to vote in the last U.S. election during his State of the Union address before a joint session of Congress on Feb. 12, 2013 at the Capitol in Washington, D.C. Jewel Samad/AFP

In the 21st century, the right to vote in a democracy remains a precious and fragile thing. The experiences of other countries further illustrate why Costa Ricans should not take their vote for granted.

In 2013, in countries as diverse as Mali, Albania, Pakistan, Guatemala, Kosovo and Zimbabwe, elections were marred by death and violence. In January of this year, Bangladeshi protesters set fire to polling places and some were shot and killed by police. Just last week, eight people were slain when violence between rival political groups broke out during Turkey’s municipal elections. And these are just a few examples of what voters face in other countries when trying to exercise their franchise.

No Costa Rican will go to the polls fearing bloodshed from their decision to cast a vote, and none will dread violent repercussions from the result of the April 6 election. Costa Ricans who exercise their vote peacefully and securely should not do so simply out of gratitude that they face no such danger. Rather, they should vote knowing that Costa Rica provides the world with a shining example of electoral stability and the peaceful transfer of political power.

On April 6, every voter who chooses between candidates for president will also decide anew to be a citizen of the longest running democracy in Latin America. This election is not simply a contest between two political parties, between change and continuity, nor even between Johnny Araya and Luis Guillermo Solís; like every election, April 6 is another battle in the long-running struggle of a democratic people to remain free. And in this year’s Costa Rican election, to paraphrase a slogan from one of the candidates himself, “The health of Costa Rican democracy requires only one vote: yours.”

Gary L. Lehring is a professor of government at Smith College, Northampton, Massachusetts. He is on sabbatical in Costa Rica. Read more of his columns by clicking on the hashtag #Elections 2014.

Recommended: Joining the ranks of the hopeful Keeping the spirit alive: In Costa Rica, elections are cause for civic celebrations across the country. Here a young voter keeps the spirit alive following a first-round vote in February 2014. Alberto Font/The Tico Times