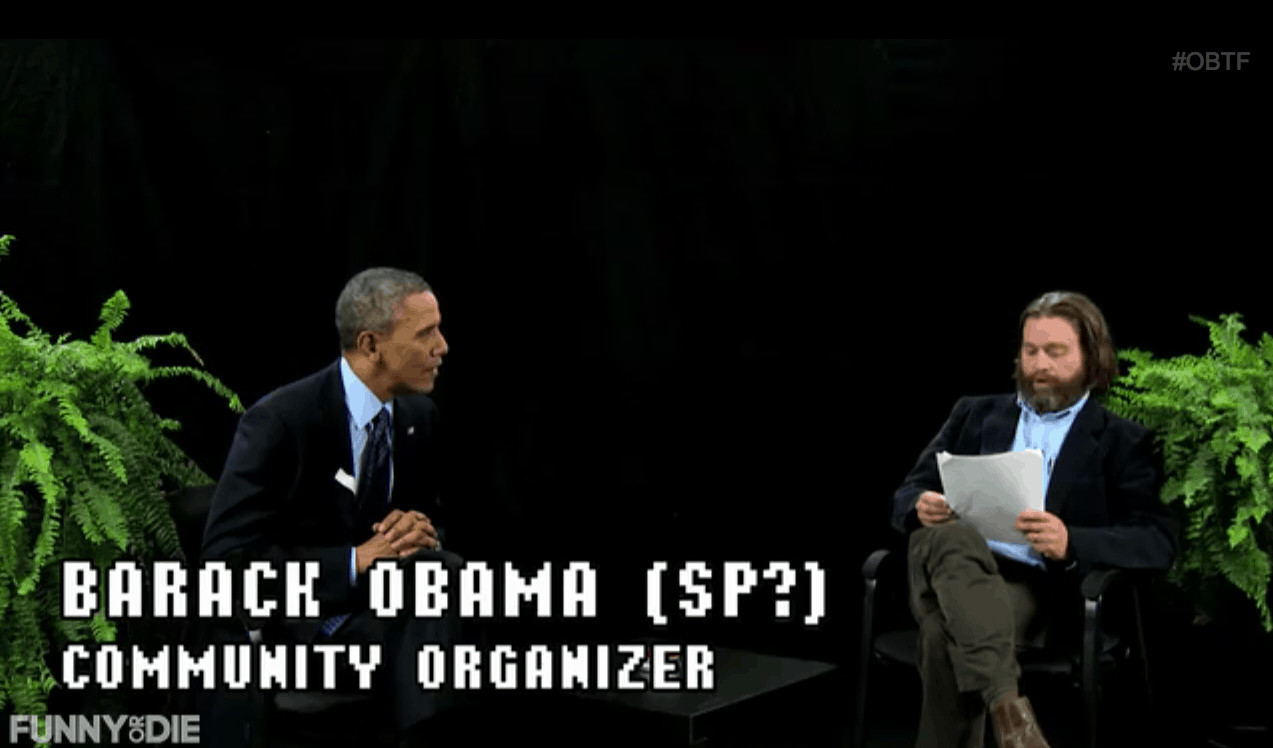 Community organizer Barack Obama filmed a guest spot on the intentionally awkward Funny or Die web show “Between Two Ferns.” The six-minute clip debuted this morning (it was filmed two weeks ago, and kept under wraps until last night).

While comedian/host Zach Galifianakis wasn’t as brash toward Obama as he’s been to other guests (like Justin Beiber, who he spanked for misbehaving), Galifianakis still traded some riotous barbs with the president on the mostly unscripted program.

Obama used the opportunity to promote sign-ups for health insurance on HealthCare.gov, prompting Galifianakis to mumble under his breath “Oh here we go, okay let’s get this out of the way, what did you come here to plug?” He also asked Obama, “What’s it like to be the last black president?”

Obama, who’s no stranger to comedy, will face some inevitably stupid backlash from critics for “degrading” the position of the president by going on Galifianakis’ crass show. But the move is all part of a plan to encourage young people to register for Obamacare, and right now the clip already has more than 2 million views.

Once Luis Guillermo Solís is finally elected president, we hope he does something similar with Tico comedian Hernán Jiménez, perhaps in an effort to save the failing Costa Rican Social Security System.