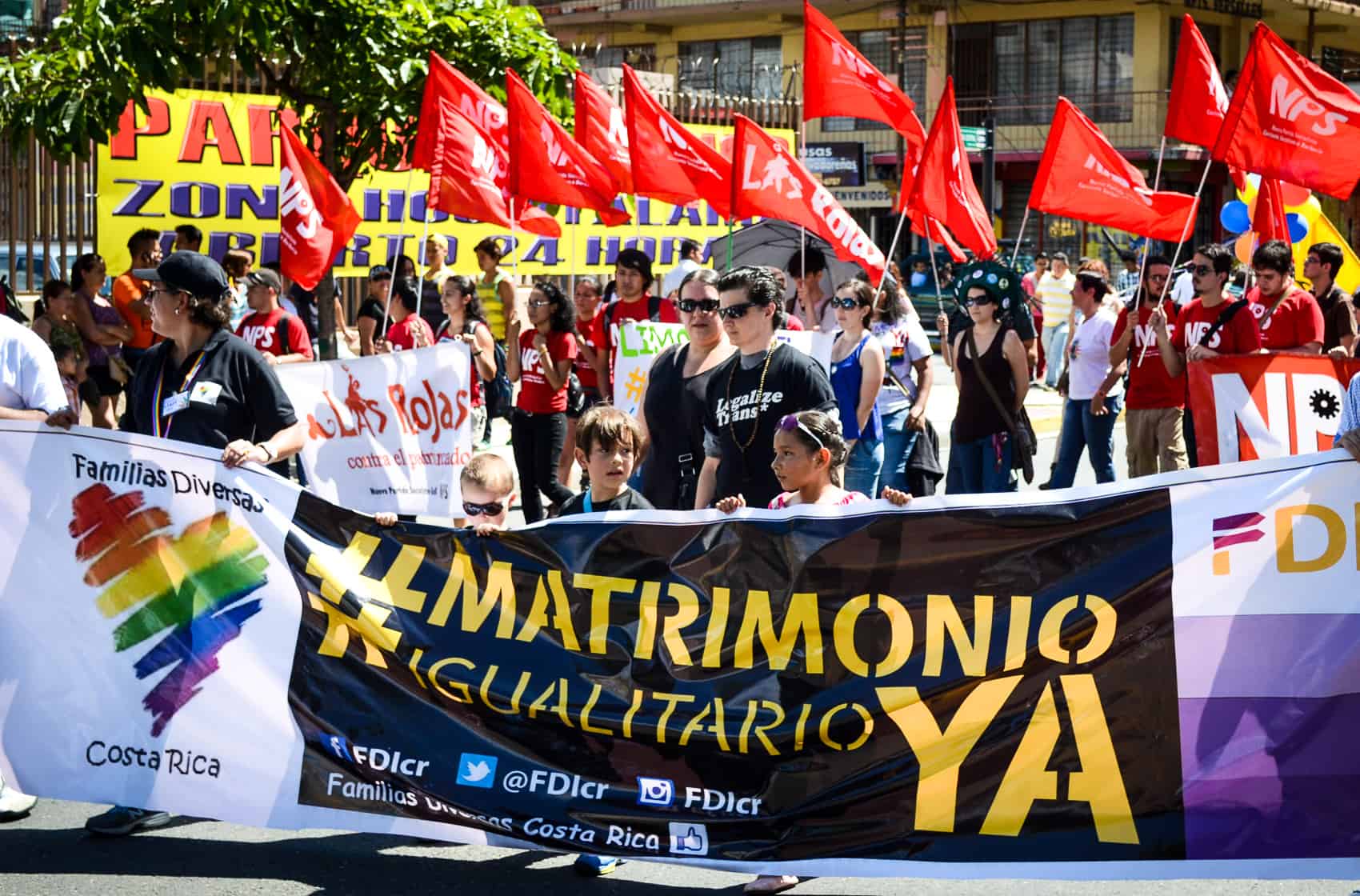 On Tuesday morning, the Constitutional Chamber of the Supreme Court, or Sala IV, bounced a request for guidance back to lower family courts in the latest move to decide the legality of same-sex civil unions in Costa Rica.

Several family courts in the canton of Desamaparados filed a joint request to the Sala IV for guidance after two gay couples applied to have their relationships legally recognized as a common-law marriage. The Sala IV announced Tuesday that there was no constitutional issue at question and referred the case back to the lower court.

Marco Castillo, president of the gay rights organization Diversity Movement, said that the decision was an “important step forward” for the applications, which had been in limbo.

Vanlly Cantillo, press representative for the Sala IV, told The Tico Times that the chamber’s decision to not hear the case has no bearing on the decision of the lower court or the constitutionality of same-sex unions.

In July 2013, the Legislative Assembly approved an amendment to the country’s family code barring discrimination in the granting of common-law marriages that some gay rights advocates argued opened the door to legally recognized same-sex partnerships.

Castillo said that nine same-sex couples have applied for civil unions under the amended Family Code. A family court in San José threw out one of the cases in September 2013.

Johnny Araya and Luis Guillermo Solís, the two remaining presidential candidates, have said they support inheritance rights, hospital visitation rights, and access to social security and medical benefits, but stopped short of endorsing gay marriage. Voters will choose one of the candidates in an April 6 runoff.