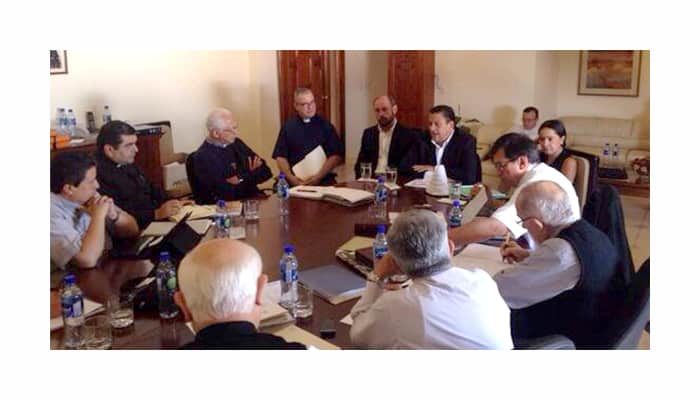 The first campaign events from both Araya and opposition candidate Luis Guillermo Solís of the Citizen Action Party (PAC) spoke to their perceived weaknesses and possible strategies for the upcoming second round.

Before meeting with several bishops at the Central Seminary in Paso Ancho, San José, Araya reiterated his anti-abortion stance and said that he supports shared property rights for same-sex couples, albeit without modifying the country’s Family Code, according to the daily La Nación.

During the final debates in January, the PLN candidate tacked toward more conservative voters as he emphasized his stance against abortion compared to the then-dark horse candidate Solís. The PAC candidate had to walk a fine line between his personal position in favor of abortion rights in cases of rape while stressing that it is not necessarily the policy of his political party.

Hours after the meeting with church leaders Wednesday, Araya’s campaign took to social media with an anti-abortion Facebook message, “Yes to life!”

Solís, meanwhile, has already started meeting with outside groups. The PAC candidate lunched with the Union of Private-Sector Chambers and Associations (UCCAEP) on Feb. 5, when the business group expressed its misgivings about a PAC presidency’s economic policies.

UCCAEP members were only able to extract a small concession from Solís on the subject of greater private sector participation in electricity generation. The former historian said he would be open to a “bit” more private participation.

The business alliance also expressed their discomfort with a pending labor reform bill that was already vetoed by President Laura Chinchilla, specifically regarding the need to regulate protests by essential service workers.

Araya and Solís face off at the polls again on April 6.