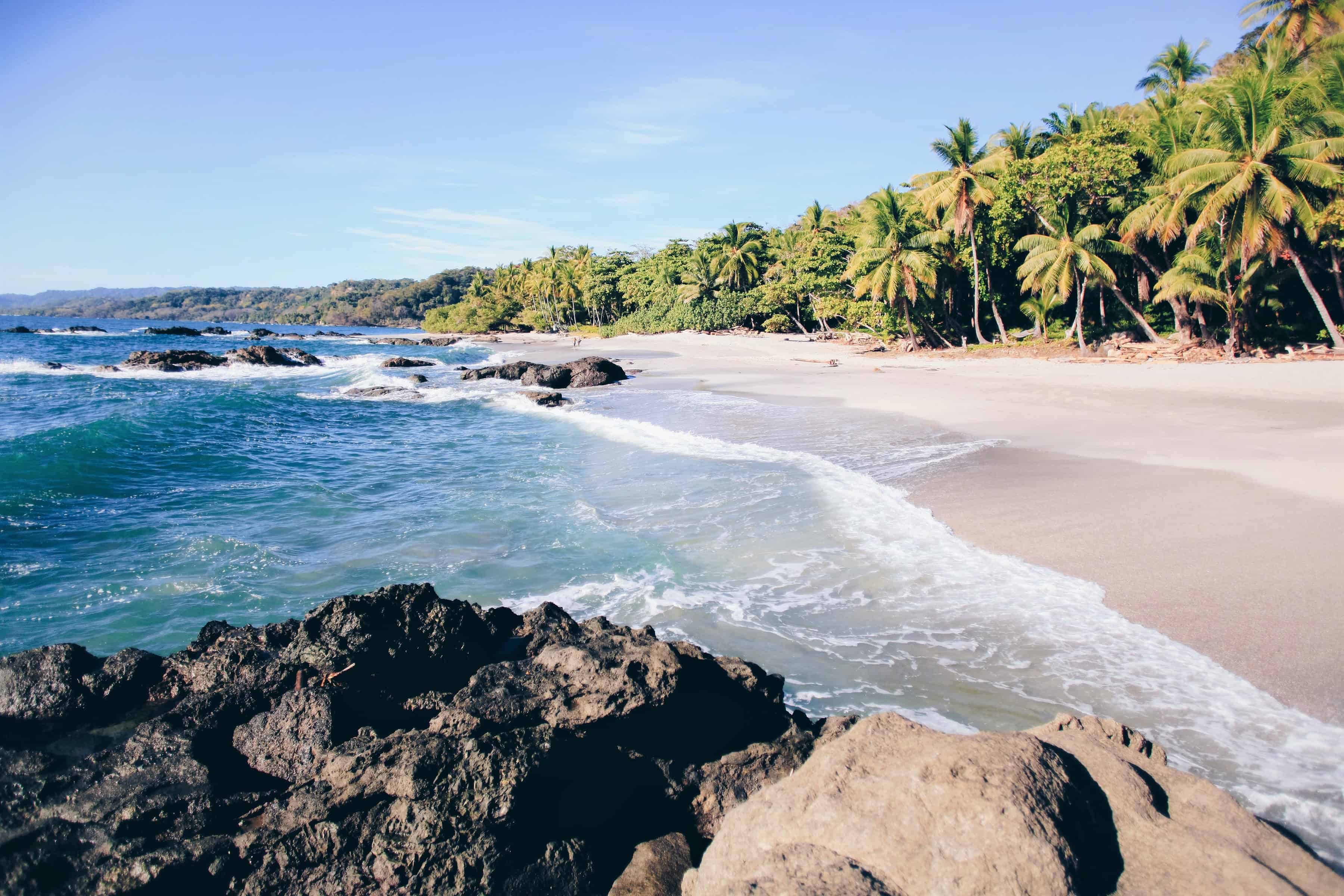 You can find the ultimate tropical escape in Montezuma. (Photo via Ylang Ylang Beach Resort. )

FLOWERS and corals and fish like in Dalí paintings… life underwater in Costa Rica can be just as colorful as the urban havoc of San José. With two coastlines extending over a total of almost 1,500 kilometers, Costa Rica boasts a mesh of discovered and undiscovered beaches guaranteed to appeal to all sorts of wanderers.

IN a remote corner of the Osa Peninsula, on the country’s southern Pacific coast, lies Bahía Esmeralda, an isolated paradise that seems to have remained intact from pre-Columbian times.

Travel companions to this destination should be chosen with care; the road is long and unpaved before Puerto Jiménez, the peninsula’s main port town, although flights are available on Sansa($100-150 return) and NatureAir ($112-178round trip). After Puerto Jiménez, a four-by-four is a must, with rivers to be crossed and dirt roads that look more like the trails inside national parks stretching over 18 kilometers.

But one look at Bahía Esmeralda and the eight-hour drive from San José – and all else –will be forgotten. A tiny, white-sand beach where the water looks more like a neon-green volcanic lagoon than the ocean, Bahía Esmeralda is not a place for surfing or doing anything, really, except floating face up on the water and lying out on the sand to dry.

With not a house or building in sight, and very few people sightings, this beach is meant for those who want to get away from it all. Just around the corner from Bahía Esmeralda is Cabo Matapalo, a surf paradise, with plenty of places to eat and stay.

The area is laden with solitary beaches such as Esmeralda. MILES north of the Osa Peninsula, a ferry ride from the Pacific port town of Puntarenas across the Gulf of Nicoya will take you to the Nicoya Peninsula, in the northwestern province of Guanacaste, where the endless choice of near-perfect beaches could become overwhelming.

The Curú National Wildlife Refuge, a private property approximately five kilometers from the ferry terminal in the town of Paquera, is a 70-hectare expanse of jungle with an isolated coastline straight out of a vacationer’s fantasies.

Unathletic types might want to arrange a ride from the gate to the beach, as the approximately 2.5-kilometer hike can be exhausting under backpacks in the suffocating heat. Although most area hotels will arrange day tours to Curú, the refuge has a few beachfront cabinas and rooms to spend the night.

Also, Costa Rican refuge owner Julieta Schutz will rent out single rooms to solo travelers in her ranch’s garage at very affordable prices. Because of its lack of waves, Curú is not meant for surfing.

However, boat trips can be arranged to the renowned tourist haven of Isla Tortuga, within sight of the beach, for snorkeling or day trips. Curú offers excellent hiking options on its winding trails, which can take you to nearby paradises such as Playa Quesera, a minuscule whites and beach with turquoise waters.

A word of warning: Watch out for the monkeys in Curú. They seem friendly, but will snatch food right out of your mouth if they catch you eating. NEAR the tip of the Nicoya Peninsula, approximately 30 km from Curú, lies Malpaís, a beach secret only recently let out of the bag. The once-isolated beach was mostly visited by surfers, but has boomed with national and international tourism in recent years.

However, Malpaís still retains its trade mark tranquilo air. Visitors have the option of hanging around Playa Santa Teresa to the north, a sandy expanse with an electric current of nonstop waves, or Malpaís, and the solitary beaches along the way to Cabo Blanco reserve, which separates the Malpaís area from the beach party-town   sit on the beach at sundown.

colors of the world-famous Malpaís sunset draw an audience every day of the week. ON the opposite coast, the province of Limón ha. Be sure toides a Caribbean jewel: Punta Uva, a secluded, jaw-dropping wonder of still, transparent waters and white sand. Although the area offers a selection of places to stay and eat, it has not yet reached the size of its more boisterous neighbors, the beach towns of Puerto Viejo de Talamanca, a few kilometers to the north, and Manzanillo ,to the south.

The Gandoca-Manzanillo National Wildlife Refuge, a short distance south of Punta Uva, houses a living coral reefin its nearly 4,500 hectares of marine territory, making it a prominent snorkeling location. The refuge’s maze of swampy trails, where parrots and toucans are easily spotted, make it a favorite among birdwatchers and hikers as well.