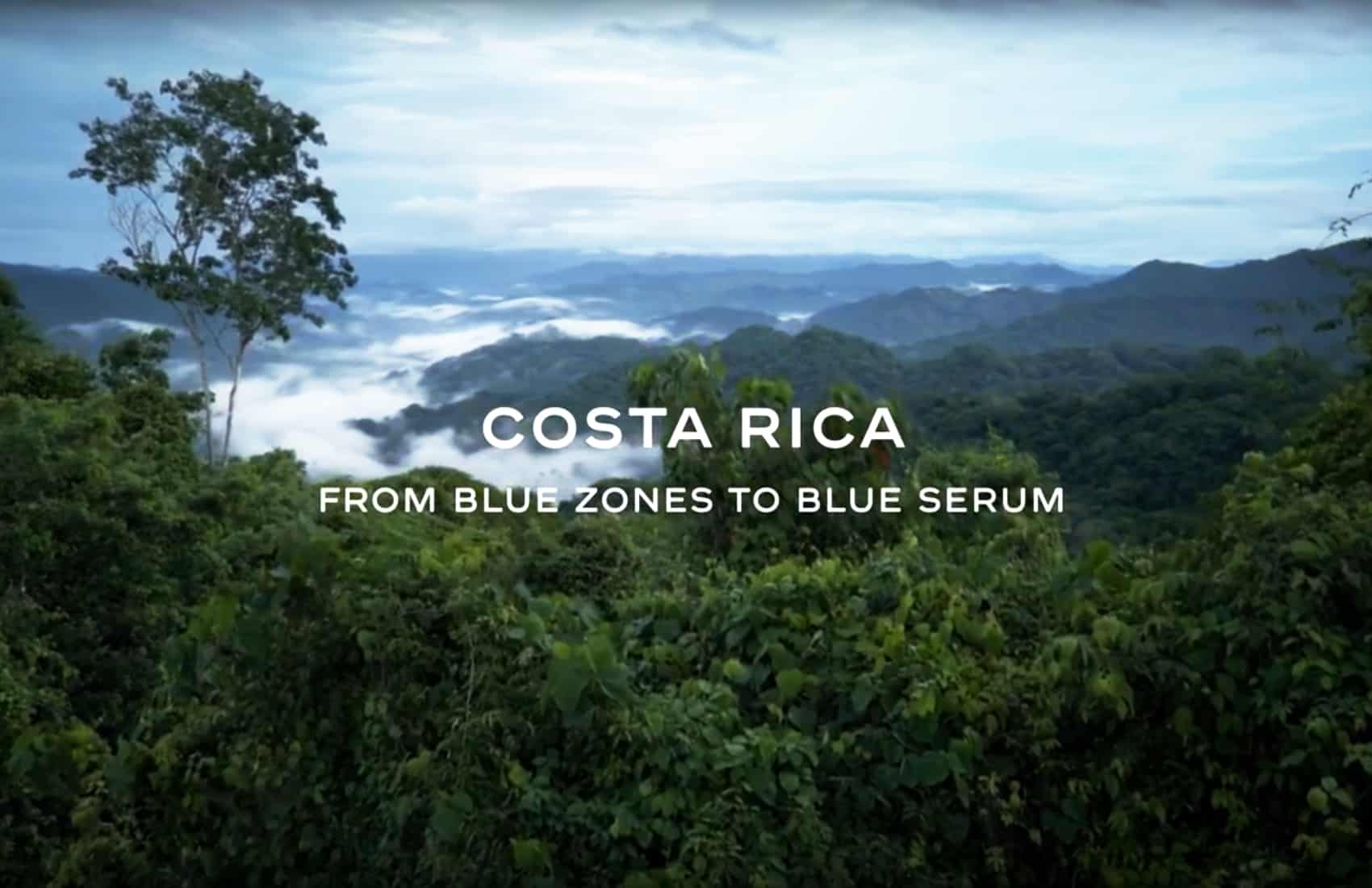 Green coffee from the Nicoya peninsula is one of the ingredients of Chanel new anti-longevity serum. The area is considered one of the world's Blue Zones, or regions where people live longer. ((Screengrab from Chanel spot))

The northwestern Pacific region, in the province of Guanacaste, is known as one of the world’s Blue Zones: regions with the highest concentrations of people over 100 years of age.

The Chanel website states that research for its serum sourced three longevity ingredients from the diet of the Blue Zones’ populations. These include Nicoya green coffee; Bosana olives from Sardinia, Italy; and the wild herb lentisk from Ikaria, Greece.

The company says that a clinical evaluation of 44 women showed that after four weeks of use, skin appears 26 percent firmer and 37 percent more even, with a 35 percent reduction in the appearance of wrinkles,

The green coffee used in the product is produced by a small cooperative in Nandayure, in the middle of the peninsula. Online stores are already displaying bottles of 1 fluid ounce costing between $110 and $165.

Chanel also made a two-week visit to Guanacaste to shoot a spot for the product. Check it out below.