Grecia, the toucan with the prosthetic beak, now receiving visitors 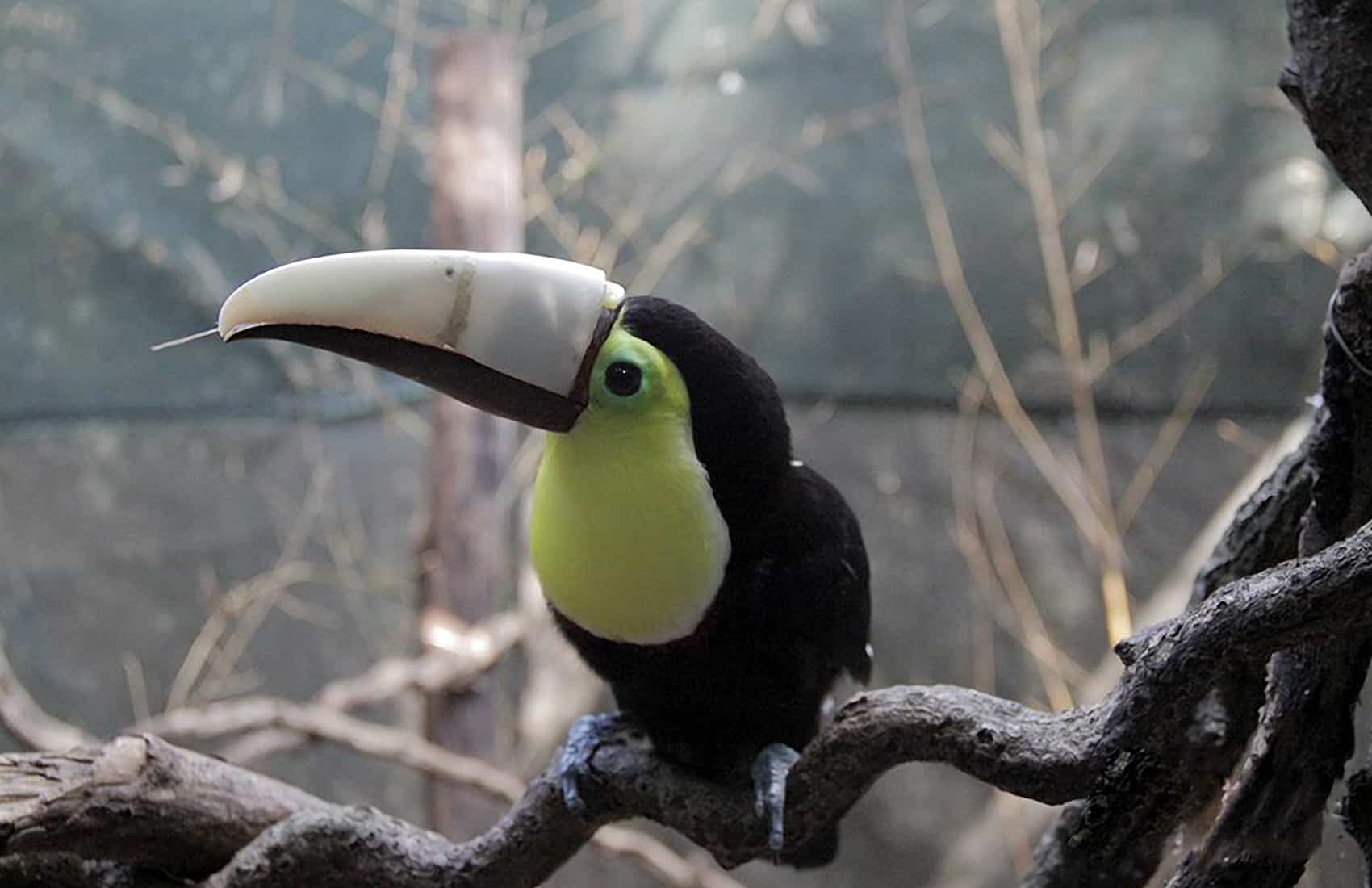 ZooAve caregivers say Grecia began singing again just a few days after receiving the prosthesis, something the bird hadn't done since arriving at the refuge. ((Via ZooAve))

After a recovery period of over a year and a half, the famous toucan Grecia was relocated Wednesday to a new cage where the bird will be on public display for visitors of ZooAve animal shelter in La Garita, Alajuela.

Grecia’s story made headlines worldwide after surviving an alleged attack that destroyed most of its upper beak. The toucan received a new prosthetic beak in January, thanks to a joint effort that included a crowdfunding campaign and the collaboration of companies in Costa Rica and the U.S.

The bird’s story regained notoriety this month with the premiere last Aug. 3 of Animal Planet’s documentary “Toucan Nation,” which tells Grecia’s journey. The film is currently being aired in 170 countries.

The 40-minute feature film directed by Tico-Salvadoran filmmaker Paula Heredia will premiere in the U.S. on Aug. 24 on Animal Planet. The channel is promoting the documentary as “a small cry for help that inspired a global movement.”

ZooAve manager Magaly Quesada said Grecia is very happy in its new 200-square-meter cage built especially for the toucan. Quesada said most recent visitors to the refuge have asked about Grecia.

At 10 a.m. on Wednesday the refuge keepers officially presented Grecia at a special ceremony attended by Environment Ministry officials and school children who presented artistic performances inspired by the toucan, as well as a large number of visitors.

Members of various environmental groups also attended the presentation. Grecia has become a symbol of their fight to get an Animal Welfare Bill approved by the Legislative Assembly.

The bill currently awaits a second and final round of debate in the legislature. Animal rights advocates are simultaneously collecting signatures to call for a referendum in case the bill doesn’t get approved.

Meet Grecia, a toucan serving as the inspiration to improve animal welfare worldwide.

Grecia was brought to ZooAve by farmers near the town of Grecia on Jan. 7 last year. At first, caregivers had to manually feed the bird as toucans rely entirely on their beaks to feed and groom themselves.

“Grecia was really depressed because of the loss of his beak, but now he is a happy toucan,” Quesada said Wednesday.

A toucan beak weighs around 20-25 grams, but Grecia’s new 3D-printed peak weighs just 18 grams. The beak’s light weight has helped Grecia get easily accustomed to the prosthesis, she said.

“Just a few days after receiving the prosthesis, Grecia began singing again, something he hadn’t done since he arrived here,” she noted.

Grecia is now fully able to feed himself. He also uses his beak to take baths and preen his feathers. “Grecia has perfectly normal behavior,” Quesada said.

Nevertheless, the toucan will remain at the zoo since experts believe it would not be able to survive in the wild. Also the prosthetic beak requires periodic maintenance and check ups to verify it is well-adjusted and attached.

Plus, ZooAve vets believe the toucan likely lived in captivity prior to coming to the refuge based on some of Grecia’s habits.

Veterinarians will remove the prosthesis in the coming months to check the healing process of the remaining part of Grecia’s beak. That section functions as support for the prosthesis that is attached using titanium screws.

Next goal: Growing a family

Quesada said that future plans for Grecia are taking blood tests, in about two months, to confirm the bird’s gender.

ZooAve veterinarians at first estimated Grecia was a male toucan about nine months old. They postponed the blood tests to avoid more stress to the bird. Quesada said that now that Grecia has recovered most of its normal behavior, keepers have detected some characteristics that indicate the bird might instead be a female toucan.

She said that once they can fully determine Grecia’s gender they will seek a partner for him, or her.

“Like every living creature, Grecia needs company, that’s a priority to improve his quality of life and we hope that he, or she, can even be able to raise a family,” Quesada said.