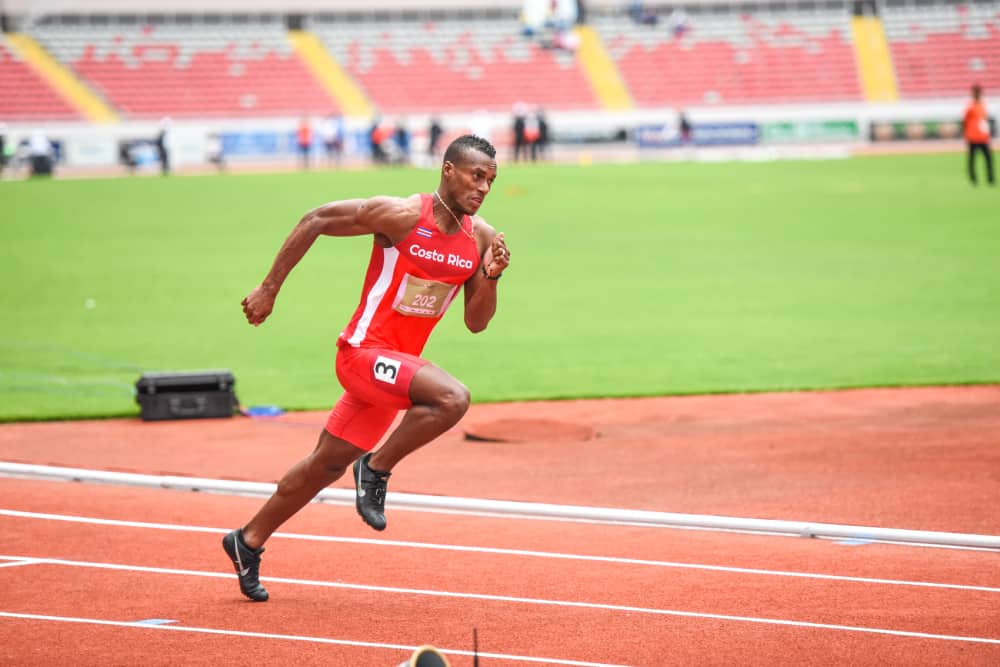 Sprinter Nery Brenes continued his impressive hot streak Sunday by setting a new national record in the 200-meter dash with a time of 20.43 seconds.

After winning four races in a row in his recent European tour, the Limón native established the new record in a Malaga, Spain competition. The 29-year-old Brenes is now eligible to compete in the 200-meter dash at the 2016 Summer Olympics in Rio de Janeiro that begin in August, after eclipsing the entry standard time, 20.5 seconds, for the event.

“We were looking for a good get-off time in the 200 meters today and maintaining my rhythm got us the new national record and qualifying mark,” Brenes said after his run. “Now it’s time to continue training hard and arrive at Rio in the best shape possible.”

Brenes confirmed that he will compete in the 200-meter dash in Rio. He has already qualified for his preferred event, the 400-meter.

This will be his second Olympic games after competing in the 400-meter dash at the 2008 Olympics in Beijing.

Two weeks ago, Brenes set a personal record in the 400-meter dash with a blazing time of 44.60 seconds at a track meet in Madrid.

In the 200-meter dash in Rio, Brenes could find himself running against some of the sport’s greatest-ever runners, including Jamaica’s Yohan Blake, who is considered the second fastest man ever behind countryman Usain Bolt.