US expands refugee program for El Salvador, Guatemala and Honduras 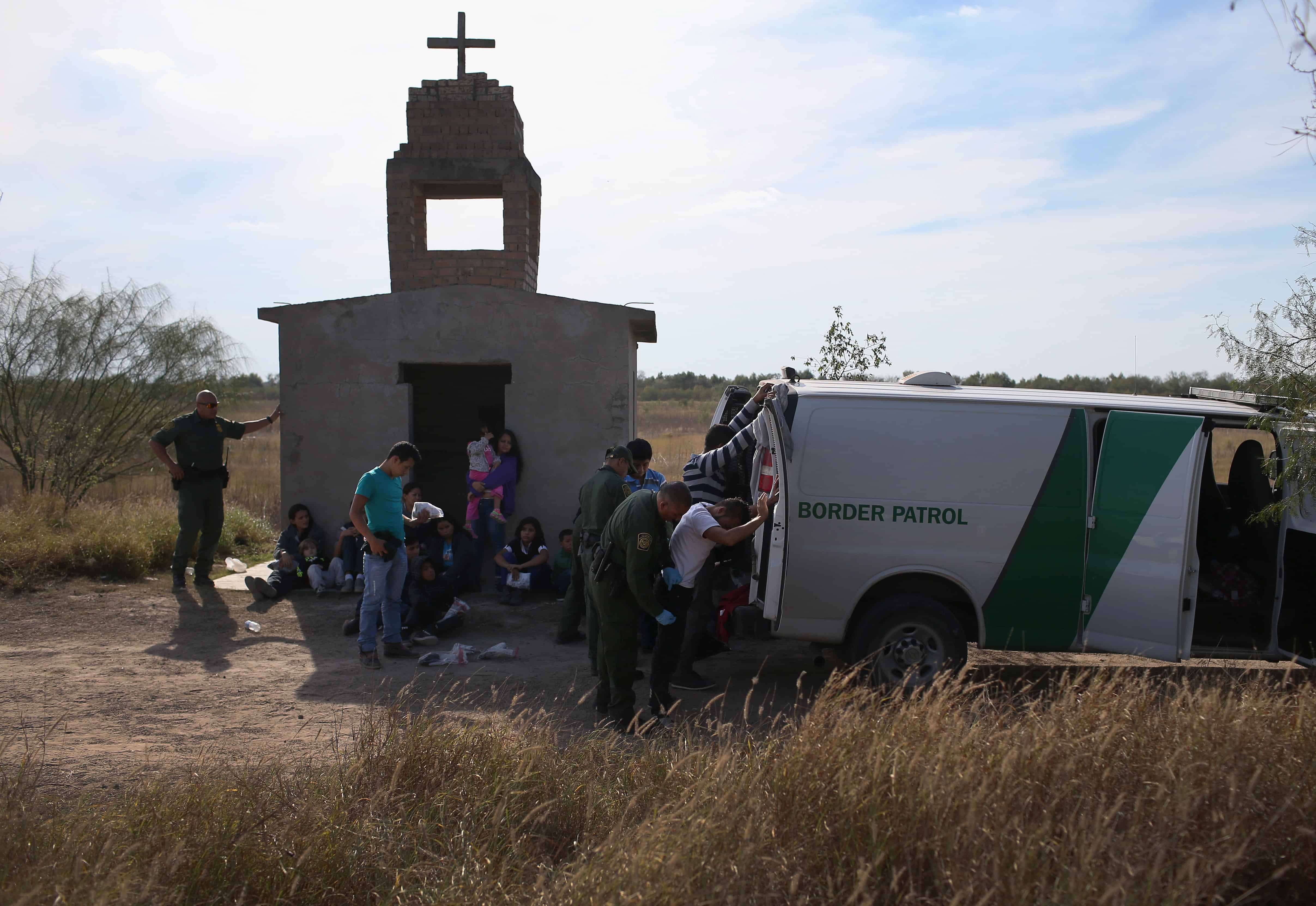 Central American immigrants wait to be transported after turning themselves in to U.S. Border Patrol agents on Dec. 8, 2015 near Rio Grande City, Texas. ( John Moore/Getty Images/AFP)

These three Central American countries are suffering from drought and an intense crime wave, pushing thousands to seek a better life by heading north and crossing the U.S. border illegally.

Kerry, in a speech at the National Defense University laying out U.S. foreign policy priorities for 2016, said allowing people from these countries to apply for asylum as refugees would offer a safer option for the most vulnerable migrants.

The U.S. Refugee Admissions Program would, he said, “offer them a safe and legal alternative to the dangerous journey many are currently tempted to begin, making them easy prey for human smugglers who have no interest but their own profits.”

“Global efforts also need to focus on ways to better integrate refugees into foreign communities, to help them regain their dignity after the turmoil they’ve endured,” he said.

“That’s why measures to help refugees build self-reliance through education and opportunities for legal employment are so important, so that the men, women and children who come to our nations are better equipped to contribute to the communities that welcome them.”

The United States plans to admit 85,000 refugees from around the world during the 2016 fiscal year, but had previously planned on welcoming only 3,000 from Latin America and the Caribbean.

Kerry did not say how many more from El Salvador, Guatemala and Honduras might be accepted under the new policy, but the refugee program has a reserve of 6,000 places not allocated to regions to provide flexibility.

Refugees have long been seen primarily as fleeing war or political persecution, but the gravest problem now driving thousands from Central America is gang violence linked to trafficking and extortion rackets.

In Guatemala, there were 5,924 homicides in 2014 while Honduras saw 5,936. El Salvador experienced more than 6,000 last year — with reportedly the highest per-capita rate in the world — including massacres targeting employees and passengers on public transport, which is subject to gang extortion.

The State Department said it would work with the U.N. refugee agency (UNHCR) and others on the ground to identify at-risk families and individuals and bring them to the United States for resettlement as permanent residents.

“We will collaborate with UNHCR and its NGO partners to identify persons in need of refugee protection: people targeted by criminal gangs, human rights defenders who have been targeted, and others,” it said in a fact sheet issued after Kerry had spoken.

“We also continue to explore additional options, including for those who may be at imminent risk of harm.”

The Obama administration has faced sharp criticism from Democratic politicians this year for its recent raids targeting scores of recently arrived undocumented immigrants.