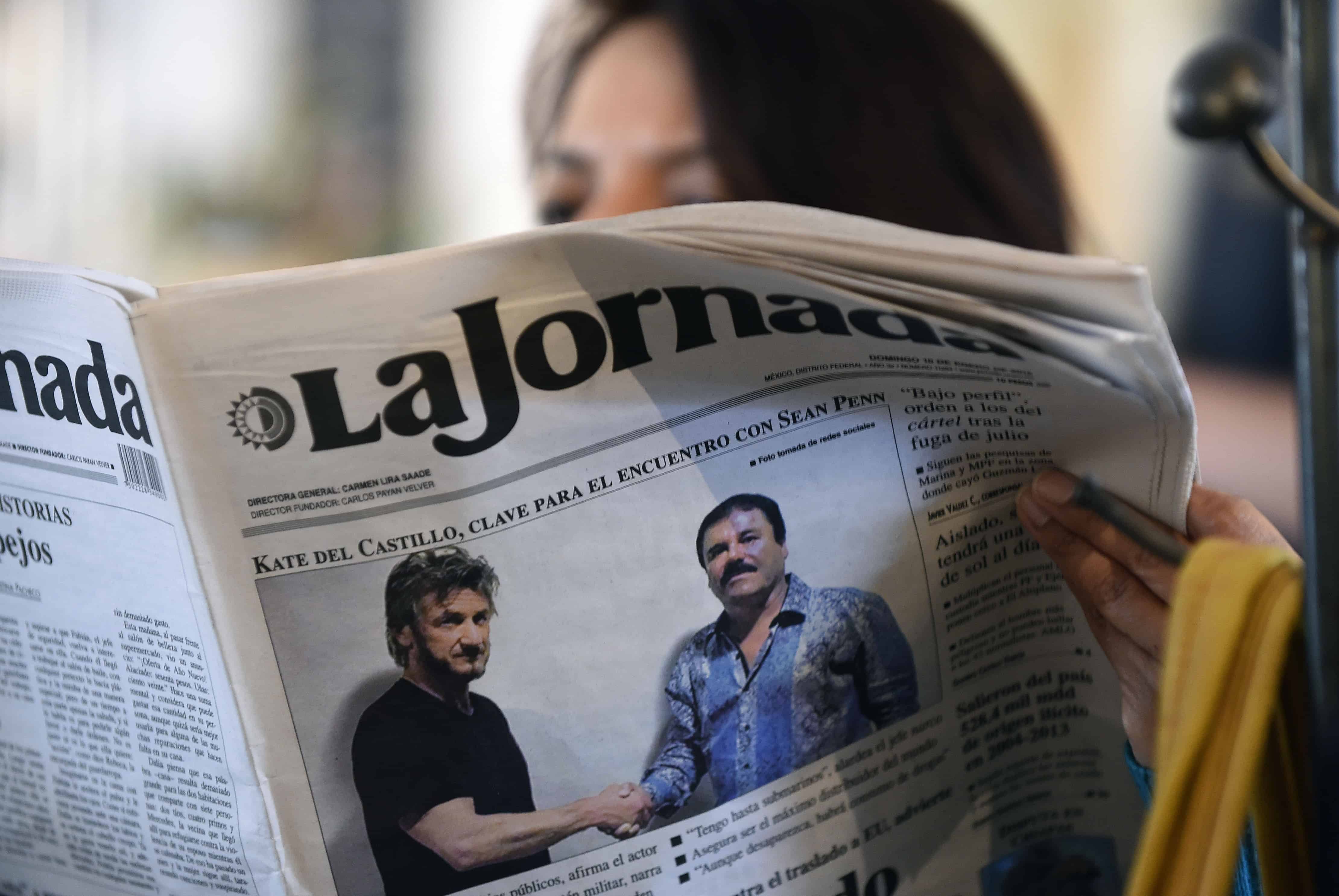 While Guzmán was the world’s most-wanted fugitive, dodging Mexican military operations and DEA surveillance, he was secretly meeting with the Hollywood movie star in an undisclosed Mexican hideout, and has now provided what appears to be the first public interview of his drug-running career, published in Rolling Stone on Saturday.

Among the revelations in the article, Guzmán, who was captured on Friday morning in his home state of Sinaloa, bragged to Penn about his prowess in the drug trade.

“I supply more heroin, methamphetamine, cocaine and marijuana than anybody else in the world,” Guzmán said. “I have a fleet of submarines, airplanes, trucks and boats.”

Penn provides a lengthy account of how he met the elusive criminal. He tried to protect his communications using burner phones and encryption and anonymous email addresses. The meeting was brokered by the Mexican actress Kate del Castillo and took place at an undisclosed location in the Mexican mountains.

Penn reportedly spent seven hours with Guzmán and then did follow-up interviews by phone and video, including one on the Rolling Stone website of Guzmán in a paisley blue shirt speaking in front of a chain-link fence.

Guzmán, who in the past has denied participation in the drug trade, portraying himself as a peasant farmer, spoke unapologetically and serenely, about his lucrative trade.

Where he grew up, in the mountains of Sinaloa state, “the only way to have money to buy food, to survive, is to grow poppy, marijuana,” and he began at a young age. “It’s a reality that drugs destroy. Unfortunately, as I said, where I grew up there was no other way and there still isn’t a way to survive, no way to work in our economy to be able to make a living.”

Despite the deadly wars his Sinaloa cartel has fought with other gangs and authorities, Guzmán described himself as not a violent person.

“Look, all I do is defend myself, nothing more,” he said. “But do I start trouble? Never.” A photo released by the Mexican website Plaza de Armas of Joaquín "El Chapo" Guzmán, captured in a hotel in the city of Los Mochis, Sinaloa, in northwestern Mexico, on Jan. 8, 2016. AFP/Plaza de Armas/HO

The interview with Penn may have helped authorities finally recapture Guzmán, who was arrested on Friday after a military raid on a house in the coastal city of Los Mochis. Guzmán fled in a sewer and carjacked a getaway vehicle but was later stopped on the highway.

Mexico’s attorney general Arely Gómez González said on Friday night that authorities zeroed in on Guzmán after movie producers and actresses made contact with Guzman.