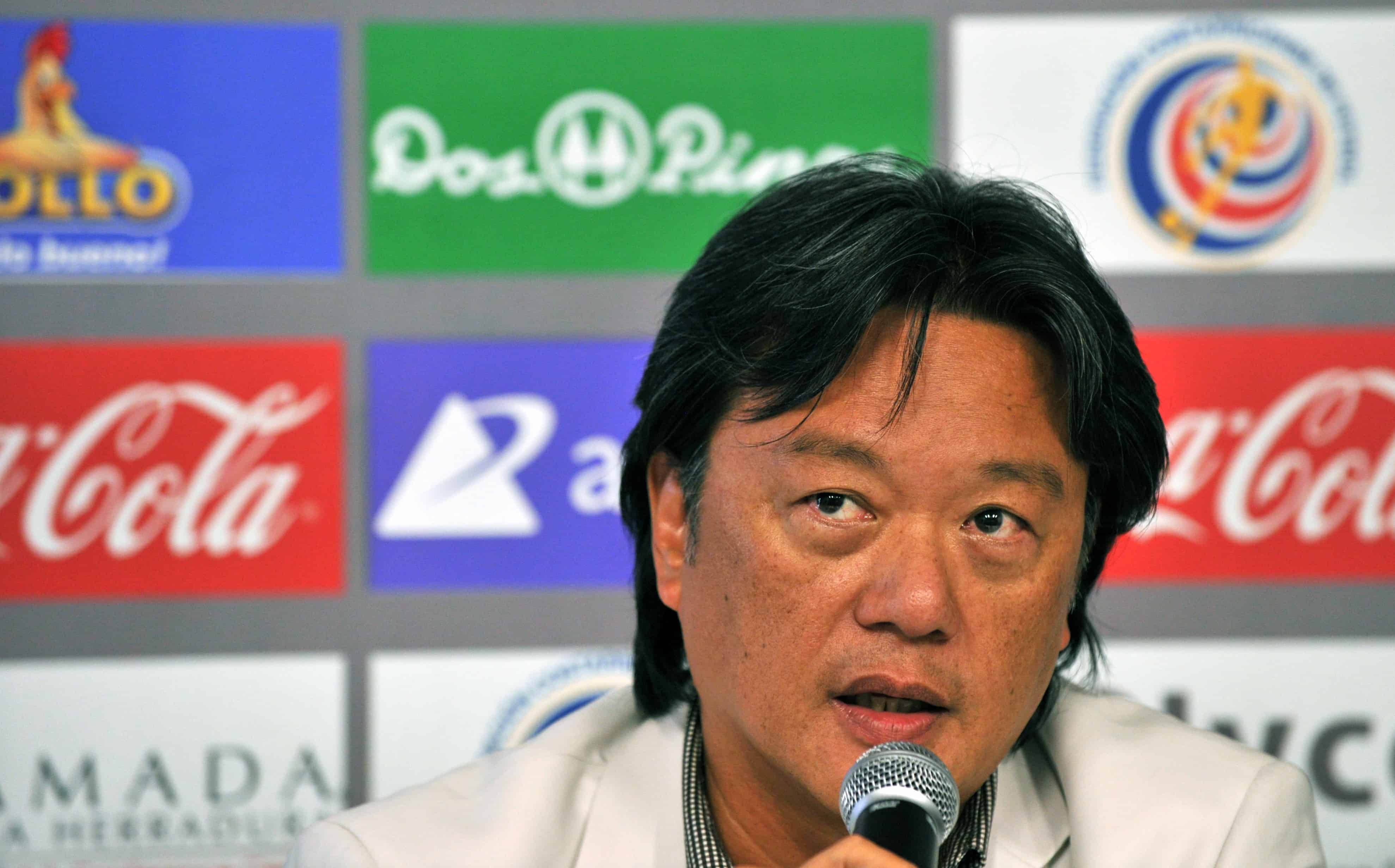 Eduardo Li, the former president of the Costa Rican Football Federation (FEDEFUTBOL), is currently appealing extradition to the United States while locked up in a Swiss preventive prison. (Rodrigo Arangua/AFP)

While United States prosecutors zero in on Eduardo Li and dozens of other FIFA officials with a fury of indictments into alleged corruption in international football, Costa Rican officials say they continue to investigate possible cases of money laundering by Li within the country’s borders.

When the latest indictment from the U.S. Department of Justice was released last weekend, it accused Li, the former president of the Costa Rican Football Federation (FEDEFUTBOL), of asking for a $600,000 bribe from sports media company Traffic USA for the rights to televise Costa Rican football matches during qualifying play for the 2022 World Cup.

Costa Rican prosecutors and police are currently looking into whether or not any of the alleged bribe money ended up in bank accounts within the country. “It’s still too early in our investigation to affirm whether or not Li is the responsible party,” a spokeswoman from the prosecutor’s office said via email Wednesday.

U.S. agents, however, were much more forward with their language in the Friday indictment, where Li was one of 27 international football figures listed as defendants. They say an improper wire transfer of $42,708 was made from Traffic USA’s account in Miami, Florida on Jan. 2, 2014 through a Wells Fargo account in New York to a FEDEFUTBOL account at Lafise Bank in Costa Rica.

One year later, as part of the six-figure bribe allegedly requested by Li, prosecutors say representatives from Media World, another sports media syndicate that had entered into a revenue-sharing agreement with Traffic USA in 2012, paid $300,000 of the agreed bribe to Li in two payments of $150,000. Prosecutors say that Media World used an intermediary account in Panama to eventually give the money to Li.

Between March and April of this year, the indictment alleges, Media World then wired the first installment of $150,000 from the Panama account to a Bank of America account in New York that was registered under Warrior Holding, S.A., a company located in Santa Ana, Costa Rica.

A records search done by The Tico Times reveals that Orlando Guerrero, a known friend of Li and an influential donor to the country’s National Liberation Party (PLN), is listed as the treasurer of Warrior Holding. Guerrero recently told the Spanish-speaking daily La Nación that he has nothing to do with the alleged money laundering scheme and that Li deposited the money in his account to pay him a debt.

Though the country’s prosecutors categorize the case against Li as an open investigation, a spokeswoman from the Judicial Investigation Police (OIJ) said Wednesday that police want to participate in the international case against Li.

“It’s not as much an investigation as a process of observation,” the OIJ spokeswoman said. “Police are conducting surveillance over the accounts without intervening.”

Li was originally detained in Switzerland on May 27 per U.S. prosecutors’ request in an initial indictment that charged him with four counts of money laundering and wire fraud conspiracy. The charges carry a maximum sentence of 20 years in jail and possible civil forfeitures of assets earned or connected to the money in question.

Li is currently appealing Switzerland’s decision to extradite him to the United States to face trial there while he remains in a Swiss detention center.

His lawyer, Róger Guevara, declined comment when reached by The Tico Times on Tuesday.

The Department of Justice’s latest indictment is aimed at 16 FIFA officials, including Honduras’ Alfredo Hawit, president of the Confederation of North, Central American and Caribbean Association Football (CONCACAF), and El Salvador’s Reynaldo Vasquez, former president of that country’s football federation.

“The Department of Justice is committed to ending the rampant corruption we have alleged amidst the leadership of international soccer,” said U.S. Attorney General Loretta Lynch. “It’s not only because of the scale of the schemes, or the brazenness and breadth of the operation required to sustain such corruption, but also because of the affront to international principles that this behavior represents.”