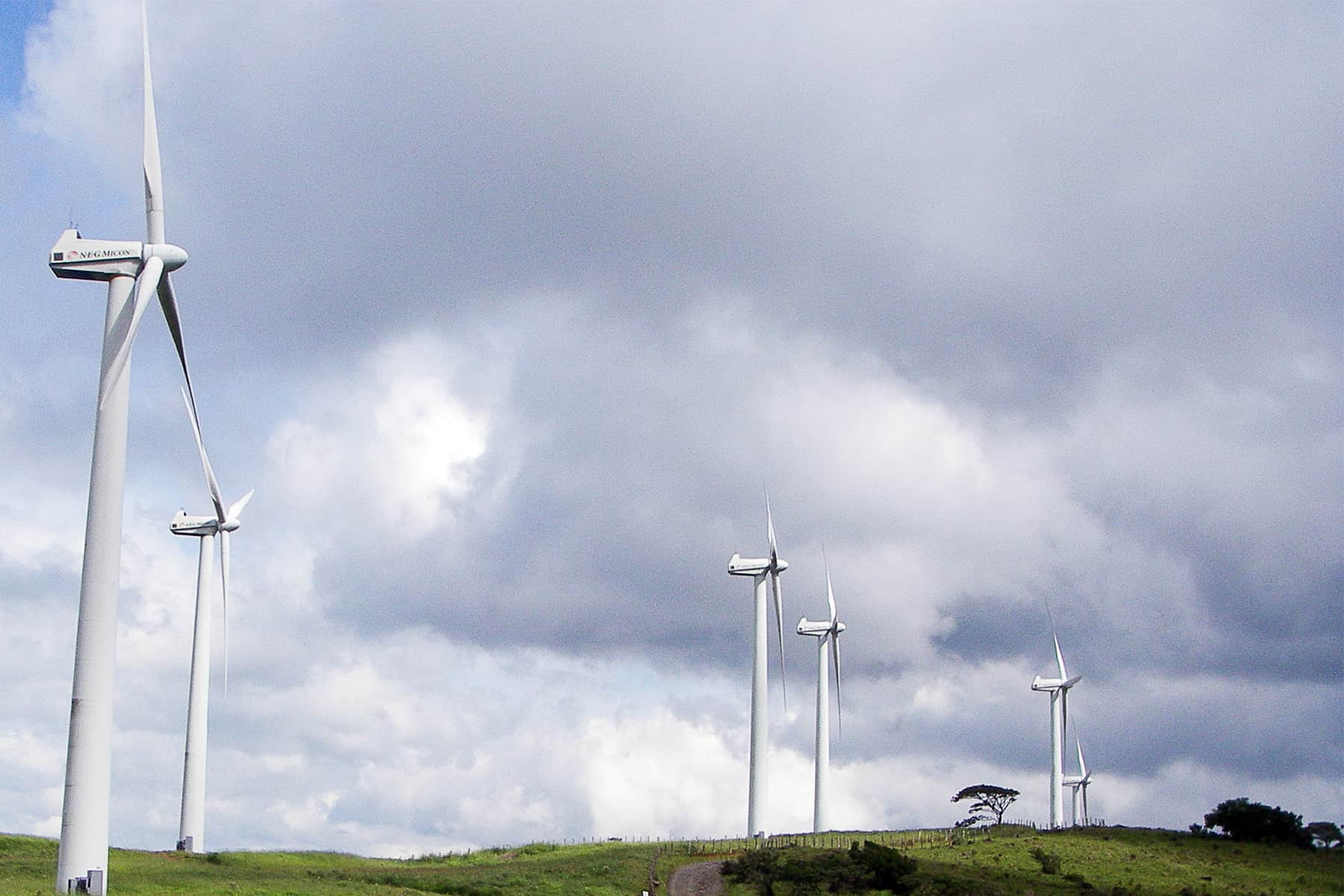 Costa Rica is on track to double the amount of wind power it generates in the coming years.

The launch of operations in October of the Orosi power plant and the upcoming inauguration of the Vientos del Oeste project in December will supply Costa Rica’s electrical grid with an additional 59 megawatts from wind power in the near future, the Costa Rican Electricity Institute (ICE) reported Tuesday. That will add to the 20 MW provided by the Tilawind plant in Guanacaste province, which began operations in March.

ICE’s director of electrical planning and development, Javier Orozco, said the three plants will more than double the country’s current wind power generation, from 194 MW in early 2015 to 393 MW in 2017.

ICE estimates that wind power will increase as a percentage of total electricity generated in Costa Rica from 7 percent currently to 10.5 percent in 2017. Orozco said that’s an impressive figure compared to most developed countries.

According to a Nov. 10 report from ICE, 98.8 percent of Costa Rica’s electricity generation this year has come from renewable sources, mainly hydro, but also wind, geothermal, solar and biomass.

Recommended: Costa Rica’s renewable energy streak is still going, but what does that really mean?

Production of wind energy in Costa Rica peaks between December and March, which conveniently coincides with the dry season, when there is usually a decrease in river flow and reservoir levels attached to hydroelectric plants.

Costa Rica currently has 10 wind farms, most of them owned by private generators who sell energy to ICE.

ICE’s wind assets include the Tejona wind farm in Guanacaste, the National Power and Light Company (CNFL) farm in the Central Valley and the Coopesantos farm in the ​​Los Santos region, south of San José.

Private operators announced plans earlier this year to build five more wind farms in 2016. The CNFL plans to open another in 2017.