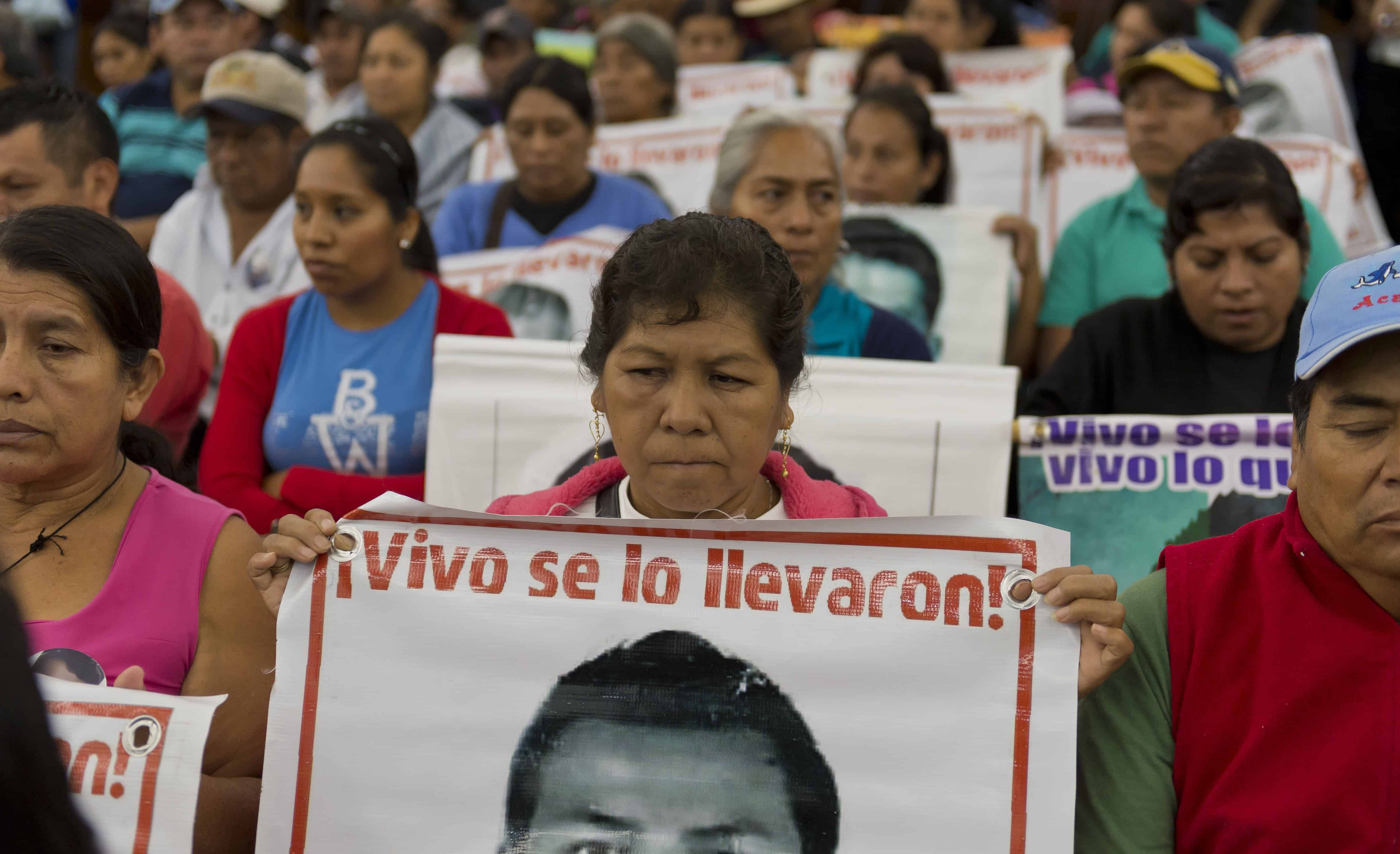 Relatives and friends of the 43 missing students of Ayotzinapa, meet with experts from the Inter-American Commission on Human Rights, who investigated the disappearance. (Omar Torres/AFP)

MEXICO CITY — Mexico’s attorney general published online on Sunday the 54,000 pages of documents from the much-criticized investigation into last year’s disappearance of 43 students.

The massive file, divided into 85 tomes and 13 annexes, was posted on Attorney General Arely Gomez’s office’s website, fulfilling her promise to open up a case that has bedevilled President Enrique Peña Nieto’s administration.

Several names and paragraphs in the documents are redacted. Journalists have in recent weeks been allowed to view the files at the attorney general’s office or obtain paid copies.

Gomez’s predecessor, Jesús Murillo Karam, concluded that police in the southern city of Iguala attacked the students on September 26, 2014, after they had seized buses for a protest in Mexico City.

Murillo Karam said the officers took 43 students and handed them over to the Guerreros Unidos drug gang, which confused them with rivals, killed them and incinerated their bodies at a garbage dump.

But parents of the students have never accepted the official version, and international human rights groups said Murillo Karam had rushed to declare the 43 young men dead.

Last month, independent experts from the Inter-American Commission on Human Rights tore apart the official investigation, saying there was no scientific evidence that the 43 students were burned to ashes at the landfill.

The commission urged the government to open a new line of investigation into the possibility that the students were attacked because they inadvertently hijacked a bus loaded with heroin.

Read the investigation (in Spanish) here.