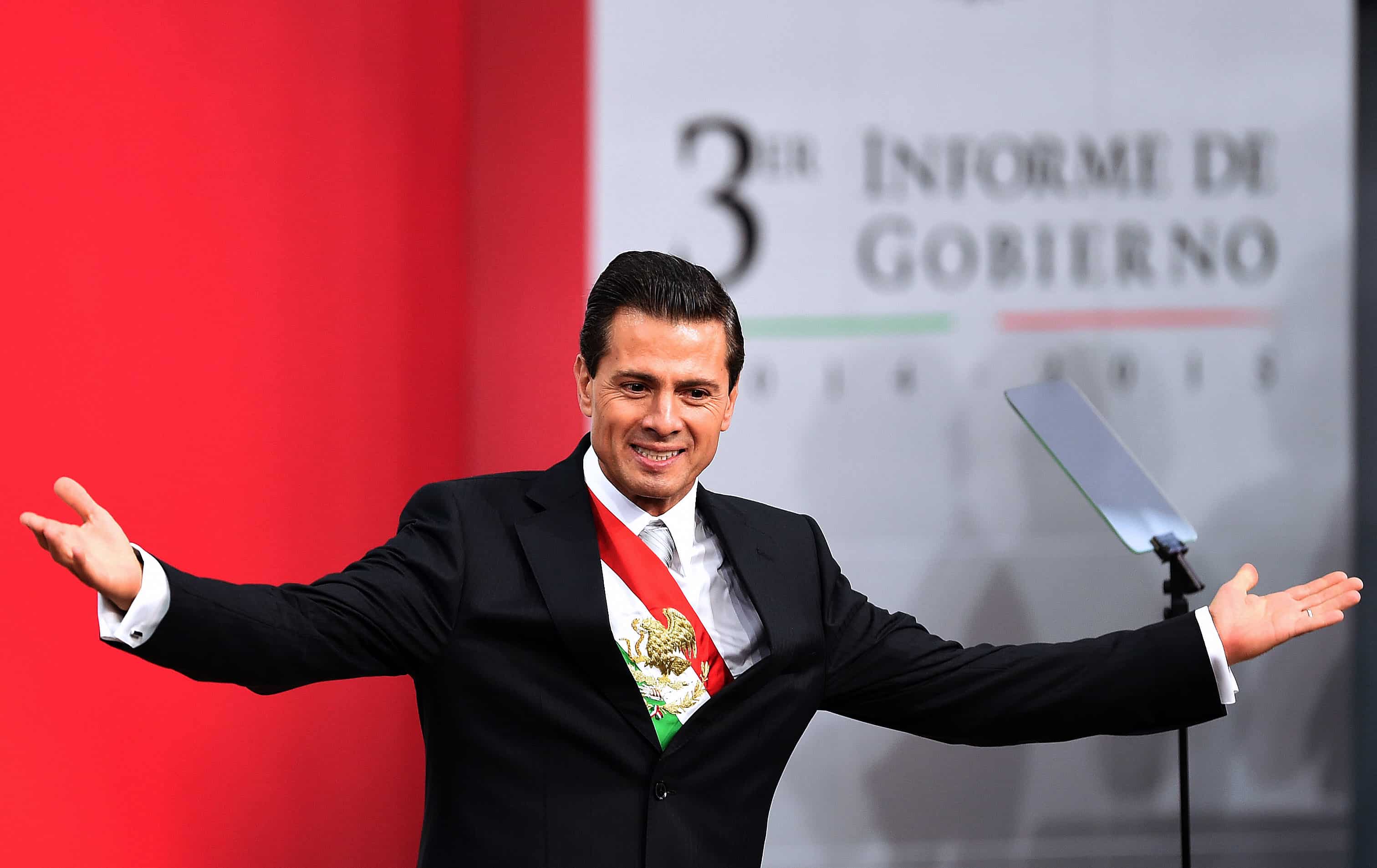 Mexican President Enrique Peña Nieto delivers his third annual report at the National Palace in Mexico City, on Sept. 2, 2015. He acknowledged his country's "outrage" over a drug kingpin's jailbreak, the presumed massacre of 43 students and other scandals in his state-of-the-nation speech. (Alfredo Estrella/AFP)

MEXICO CITY – Almost a year since the disappearance of 43 students tainted his administration’s international image, the case has come back to haunt Mexican President Enrique Peña Nieto.

Peña Nieto’s approval rating began to plunge after his government’s handling of the case was criticized last year, and now an independent probe has raised questions about the credibility of the official investigation.

Experts from the Inter-American Commission on Human Rights rejected the government’s conclusion that the students were incinerated by a drug gang in a garbage dump as scientifically impossible.

The panel also put the army on the spot, calling for an investigation into whether soldiers failed in their duty to protect the young men while corrupt police attacked and detained them in the southern city of Iguala.

“It’s another element that adds up to the lack of credibility of the official narrative in many areas,” Héctor Zamitiz Gamboa, political science professor at the National Autonomous University of Mexico, told AFP. Relatives and friends of the 43 missing students of Ayotzinapa, meet with experts from the Inter-American Commission on Human Rights, who investigated the disappearance. Omar Torres/AFP

The president and his wife also have come under scrutiny over the purchase of a mansion from a government contractor, although a government investigation – not surprisingly – said they did nothing wrong.

The independent probe into the Iguala case found that some detainees in the case claimed they were tortured and that some evidence, including video footage, was destroyed.

The experts urged the government to open a new line of investigation into their own theory: that the students may have been viciously attacked because they inadvertently snatched a bus used to transport drugs.

“Mexico needs to resolve the case as soon as possible, not only to solve this crime, but also to prove to the world that there is a light at the end of the tunnel of impunity in Mexico,” El Universal newspaper said in an editorial.

While the government said it would investigate the garbage dump again, the director of investigations at the attorney general’s office insisted that at least a large group of students were burned there.

“Rather than doing new tests to prove a theory that has already been discarded, the Mexican government should work to restructure the investigation and pursue all of the proposed lines of investigation,” said Maureen Meyer, a Mexico expert at the Washington Office on Latin America, an advocacy group.

Denise Dresser, a renowned political analyst, wrote in the daily Reforma that the case was a “historic lie” that was fabricated by prosecutors to “turn the page, close the book.”

The case never went away and Peña Nieto has faced criticism for only meeting with parents of the victims once and never going to visit them in their impoverished home state of Guerrero.

Peña Nieto, however, said on Monday that he was willing to meet with them again “and support them in a permanent way” because he shared their desire to know the truth.

A day before, relatives of the students had demanded a meeting with him this week along with the experts of the Inter-American Commission on Human Rights.

The human rights group Amnesty International said the commission’s findings are “a massive stain on the Mexican government’s reputation, which they can only begin to reverse if they find those responsible.”