Trump says immigrants in U.S. illegally ‘have to go’ 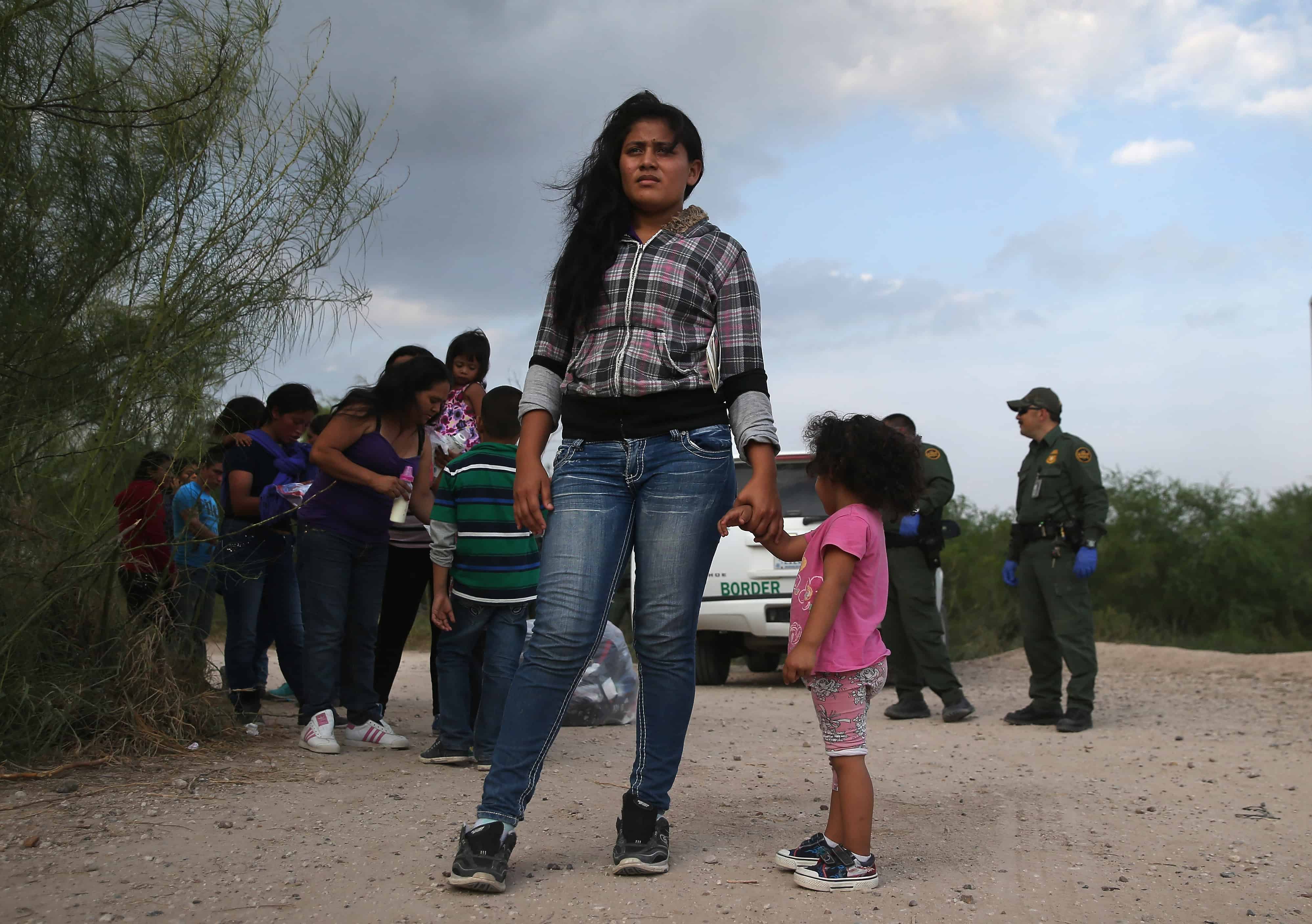 Honduran immigrants María Celeste Castro and her daughter Melida Patricio, 2, wait as a U.S. Border Patrol vehicle arrives to transport their group to a processing center after they crossed the Río Grande into Texas on July 24, 2014 in Mission, Texas. Tens of thousands of immigrant families and unaccompanied minors from Central America crossed illegally into the United States in early 2014 and presented themselves to federal agents, causing a humanitarian crisis on the U.S.-Mexico border. (John Moore/Getty Images/AFP)

The comments underscore how Trump, who has regularly stoked controversy with comments on illegal immigration and border security, is running a very conservative campaign centered on the issues — and one that puts him to the right of some of his key primary opponents. On Sunday, Trump released a position paper on immigration and border security that called on Mexico to pay for a wall on the southern border of the United States and force the “mandatory return of all criminal aliens” to their home countries.

Trump made his comments during a wide-ranging interview with Chuck Todd airing Sunday on NBC’s “Meet the Press.” In it, he said he would vigilantly police the controversial nuclear deal with Iran as president, criticized former Florida governor Jeb Bush’s comments on women’s health and argued that America deserves more in return for helping other world powers in their military conflicts.

On immigration, Trump said, “We’re going to keep the families together, but they (those in the country illegally) have to go,” according to a transcript released by NBC.

He also said the country should “get rid of” birthright citizenship.

“What they’re doing: They’re having a baby. And all of a sudden, nobody knows … the baby’s here,” he said.

In Trump’s paper, he took a shot at one of his Republican opponents, Sen. Marco Rubio, R-Fla., who once pushed a comprehensive immigration bill but now favors a piecemeal approach. “The Schumer-Rubio immigration bill was nothing more than a giveaway to the corporate patrons who run both parties,” said Trump’s paper.

The Washington Post reported last week that Trump would unveil a series of position papers in early September. According to a Trump associate, the campaign wanted to wait, but due to mounting questions about specifics, they decided to get it out now.

Venturing into foreign-policy territory during his “Meet The Press” interview, Trump said Germany and other European powers should be doing more to help Ukraine, arguing that much of the responsibility is falling to the United States. He also complained that the United States was going it alone in helping defend allies against North Korea.

“So the young man from North Korea starts acting up and having one of his fits, we immediately get our ships going. We get our aircraft. We get nothing for this,” Trump said. “I’m not saying that we’re going to let anything happen to them. But they have to help us.”

Trump, who campaigned at the Iowa State Fair on Saturday, took a shot at Bush’s comments questioning the level of federal spending that should go toward women’s health issues. (Bush later said he misspoke.)

“I actually think that that statement is his 47 percent,” said Trump, referencing Mitt Romney’s infamous comments from the 2012 campaign.

Trump said he opposes abortion but would make exceptions in cases of rape and incest and to save the life of the mother. He used to be in favor of abortion rights.

On the Iran nuclear agreement, which some Republican candidates have pledged to undo, Trump said he would “police” the deal.

Trump has faced increasing criticism from some of his GOP rivals. On ABC on Sunday, former Hewlett-Packard CEO Carly Fiorina questioned whether Trump is really a Republican.