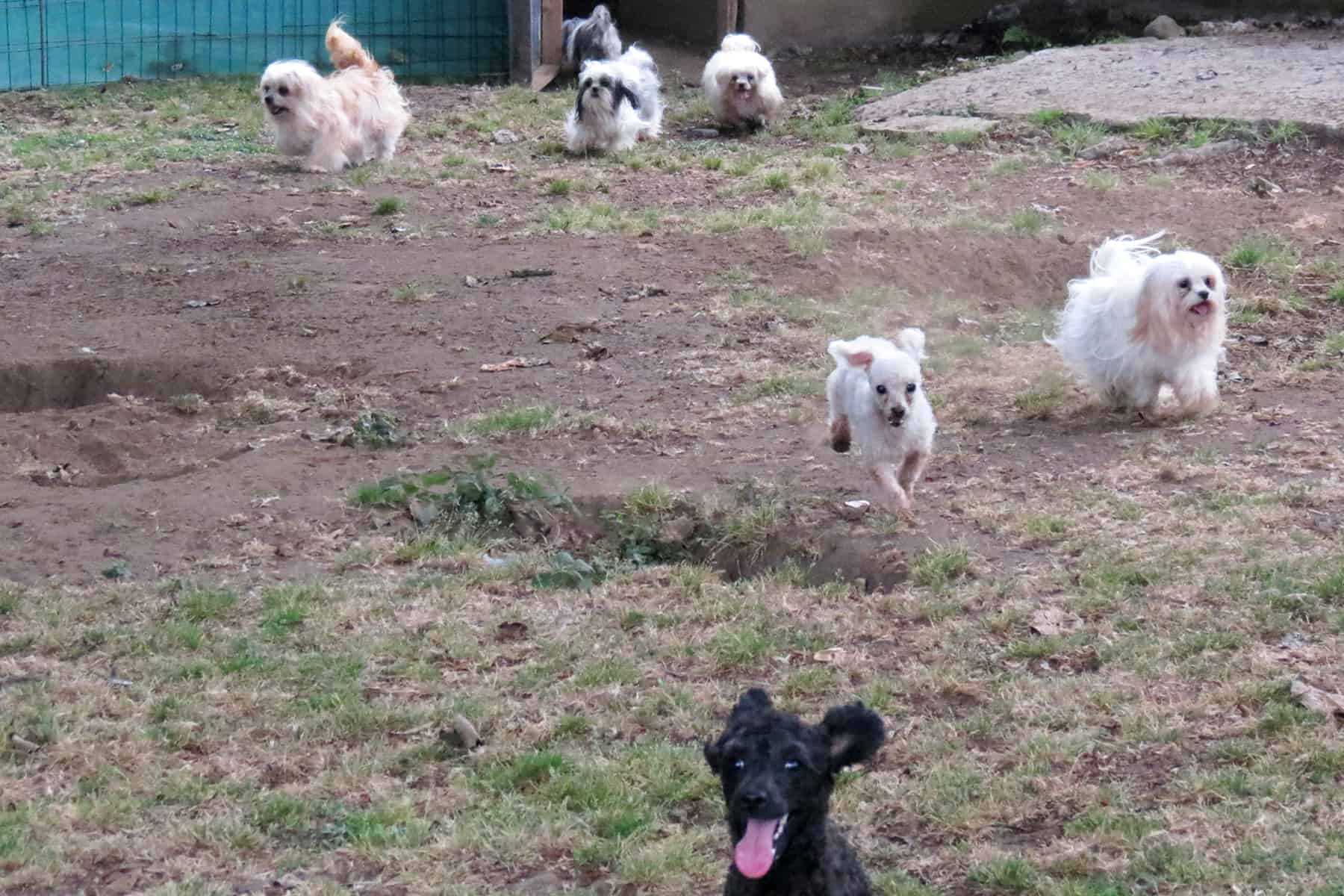 A court in the canton of La Unión in Cartago province sentenced a man this week for illegally breeding dogs in a puppy mill.

The case started on April 17 after officials of the National Animal Health Service (SENASA) and staff from the Humane Society International/Latin America (HSI) and the National Association for the Protection of Animals (ANPA) raided the property and rescued 64 dogs from what they said were deplorable conditions.

Prosecutors at the trial were able to demonstrate that the defendant was guilty of promoting illegal reproduction of dogs for the purpose of selling them, and also of keeping them in inadequate and unhealthy conditions.

Judges sentenced the man, whose name was not disclosed, to pay ₡200,010 (some $370), equivalent to a 30-day fine, the maximum penalty allowed by current laws in Costa Rica.

Most of the dogs were kept inside stacked cages or hanging crates for years. According to HSI, “many of these dogs had never seen sunlight or received any veterinary care. Mothers were forced to give birth time after time.”

Following the rescue, all dogs underwent check-ups and vets found that eight dogs were pregnant, some of them at high risk of death because of their age. “Others had severe eye infections, bad teeth, ear problems, scabies, extremely long nails, and poorly healed broken bones, among other problems,” HSI reported.

HSI Latin America director Cynthia Dent said “no animal should be forced to live in deplorable conditions such as those in which we found these 64 dogs. We are grateful to SENASA and ANPA for allowing us to collaborate.”

The dogs will now be neutered and put up for adoption. “We hope that the suffering they endured for so long will soon be just a distant memory for all of them, particularly the mothers, and that their newborn pups can play on the grass instead of living in stacked cages,” Dent said.

In spite of the mild punishment, animal rights’ leaders were happy with the conviction, mostly because it was the first here against an illegal puppy mill, according to HSI.

“This ruling sets an important legal precedent and it also will be a warning for puppy mill owners about the consequences of animal cruelty,” ANPA president Gisela Vico said.

The Animal Welfare Bill (#18,298), which seeks harsher penalties for animal cruelty, is still pending approval in the Legislative Assembly.

In November, 2014, President Luis Guillermo Solís promised animal rights advocates that the bill’s approval “would be a priority of his administration.” Lawmakers, however, have yet to prioritize the bill’s discussion and approval by the full Assembly.