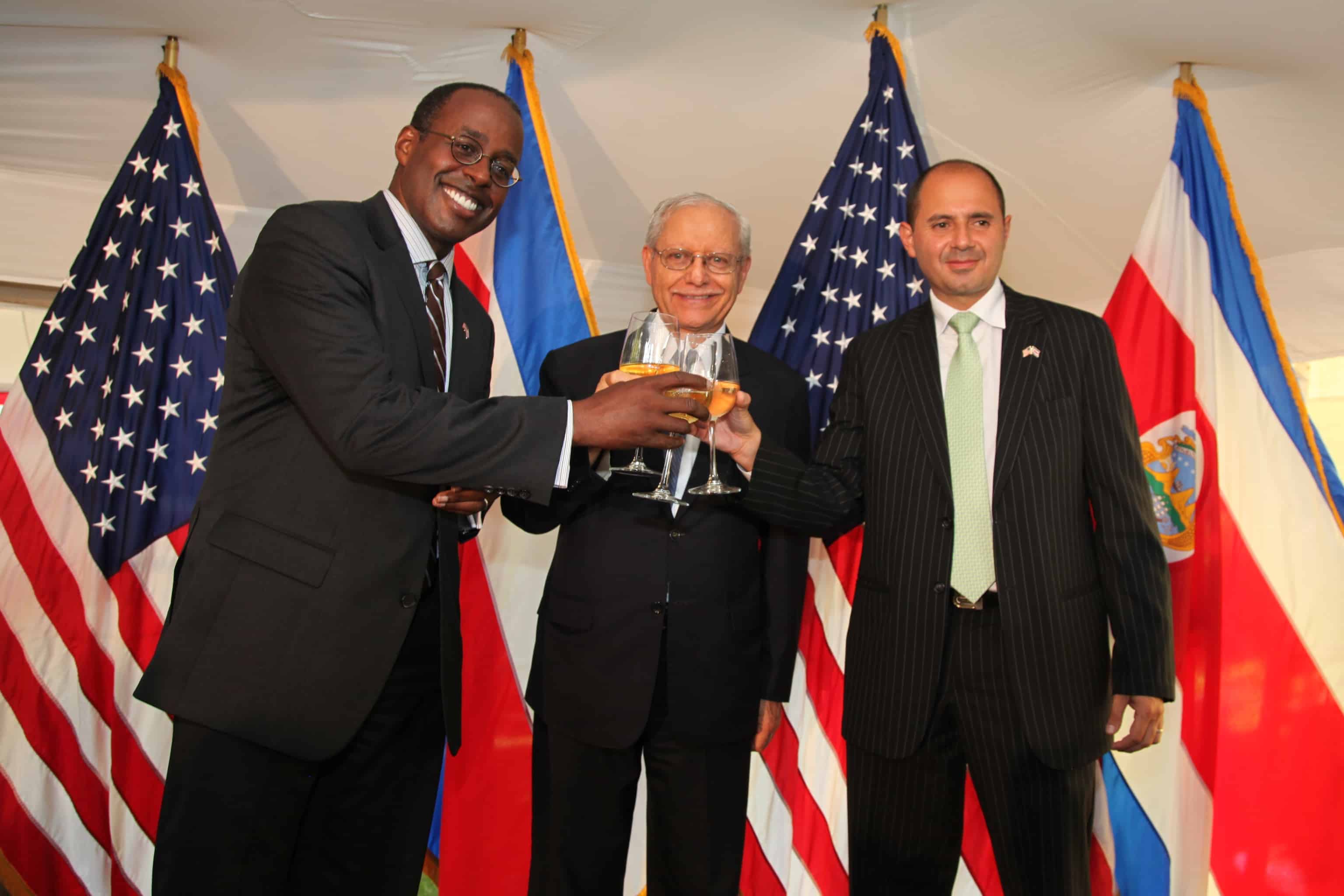 The new U.S. ambassador to Costa Rica, S. Fitzgerald Haney, made his first public appearance Thursday during an Independence Day celebration at the ambassador’s residence in Escazú, southwest of the capital.

“Over time our nation has extended equal rights and opportunities for all U.S. citizens. Our diversity is a strength and something personal for me,” Haney said as he recounted his ancestors’ participation in the American Revolution and his mother’s march for civil rights.

“Beyond our own inheritance, as citizens of the world we celebrate democracy. Costa Rican democracy is a … reflection of a nation deeply committed to peace, faith, equality and respect for human rights. We are proud to be your neighbors and friends,” Haney told the crowd of Costa Rican guests and U.S. citizens.

“The ties that bind our two countries, common ideals and future goals, have never been stronger,” he said.

Haney’s mention of President Barack Obama’s move to re-establish diplomatic ties with Cuba won applause from the crowd, as did the U.S. Supreme Court’s decision granting citizens the constitutional right to same-sex marriage.

Acting Foreign Minister Alejandro Solano said that the American Revolution was an inspirational example for Latin Americans who waged their own wars of independence against the Spanish Crown in the decades after U.S. independence.

Recommended: A look back at a different world: Remembering the Fourth of July Picnic, 1965

Costa Rican striker Manfred Ugalde is set to leave Deportivo Saprissa for a career abroad, according to multiple reports. The…